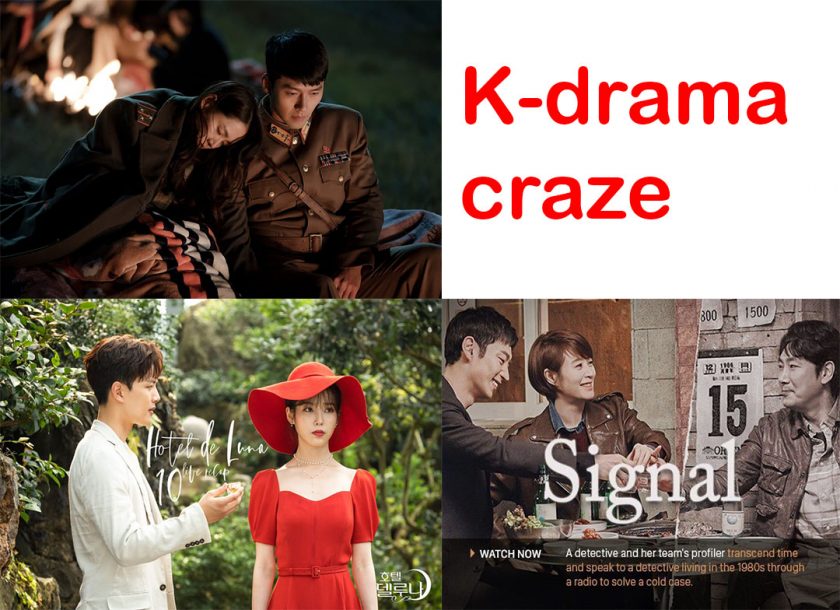 The best moments in ‘Hotel del Luna’ showed us why letting go may be difficult but more important in demonstrating what it means to love. It is not how long we attach ourselves to an ideal other that defines our commitment but also when we finally muster the courage to accept that something has ended and one must take a step back for love to continue. Sometimes our clinging becomes fetishization and we mistake it for happiness even if it has turned the person into a vengeful ghost, a shell emptied of what makes us truly human. Hold on by letting go and wager that there’s a future for two souls that made a pact of love.

‘Goblin’ celebrates the solitary act of waiting. Love is not a negotiation for a clearly defined outcome. It is often a lonely long walk towards an unknown future. And when tomorrow is uncertain, we derive the strength to move forward by unpacking memories of the past. But if the memory is too painful, the real challenge is to embrace forgetting not as a negation but to preserve what is left of love. Meanwhile, ordinary life buzzes slowly for all except for you. Embarking on an emotional journey without a destination, endlessly waiting for someone and desperately hoping to arrive soon.

Waiting becomes more poignant if love is doomed from the start. ‘Crash Landing on You’ succeeded in depicting the struggle to overcome the impossible. The miraculous discovery of love from the unexpected, the skepticism turning into genuine affection, the decision to keep on doubting and affirming faith at the same time, surrendering to the magic and danger of the forbidden, and the irrational albeit brave act to love and love at all cost. The appealing illusory simplicity of love: two hearts from different worlds breaking the rules for a bond like no other; ultimately proving that the enduring condition of love is freedom.

If fate is harsh, ‘Signal’ is a reminder that our freedom is the agency to change the course of human events. Every action is an intervention to define the future, every decision has the potential to revise the judgment of what has transpired in the past. Rather than be gloom about the present, there’s the option to correct the misdeeds of history as a way to clear the path for a new future.

Korean dramas offer lessons in love and life in the same way we are seduced by the lens of Hollywood. The former has modified the formulaic themes of the latter but they share the same function in society. Comfort, entertain, and indoctrinate. They reveal so much about South Korea but they also hide ‘inconvenient truths’ by framing narratives that reinforce mainstream values.

We don’t watch TV dramas to learn political doctrines but we are also not naïve to think that they are produced and distributed simply because of their entertainment value. At the minimum, they carry the flag of South Korea’s soft power ambitions.

Their immense popularity and accessibility today deserve a more in-depth discussion about the political economy of the internet media landscape.

Critical literacy highlights the problem of disinformation and the role of civic institutions in promoting public education about new media. Perhaps it’s time to acknowledge that compared to the pernicious virality of ‘fake news’, the time spent on binge watching TV shows in the era of fast streaming has a more alarming impact on doing politics in the country and elsewhere. Time is our precious but finite resource in making politics work whether in our communities or in our engagement with national government bodies. If time is devoted to streaming TV programs, what act of politics is being sacrificed?

If the internet is a weapon of mass distraction, media streaming is the precision missile targeting citizens in search of escape and lazy fun. This is the extra dose supplied by the media industry after lockdowns have been enforced across the world as we battle a pandemic and an economic recession.

But we can’t afford to be distracted for an extended period and describe it as a necessary self-care prescription. We have a world to win by defeating repressive governments and greedy corporate powers.

How much time do we need to be comforted? One episode per day? One season? Two seasons and a special feature?

TV dramas are not evil, but they are also not the solution to our lingering social ills.

It’s hard to resist Korean TV dramas and their wonderful characters, the haunting musical scores, majestic landscapes, exotic food and drinks, odd humor, and the kilig scenes. But the fun of being mesmerized with these shows should not jeopardize our other pursuits in life, especially our social practice in world-building.

As we are headed into an extended COVID-19 lockdown, it’s time to reset how we integrate the streaming of TV programs into our daily lives. I offer no other advice except to make amends on how I spend my time in front of TV, computer, and mobile screens.

Mong Palatino is a Filipino activist and former legislator. He is the chairperson of Bagong Alyansang Makabayan Metro Manila. Email: mongpalatino@gmail.com