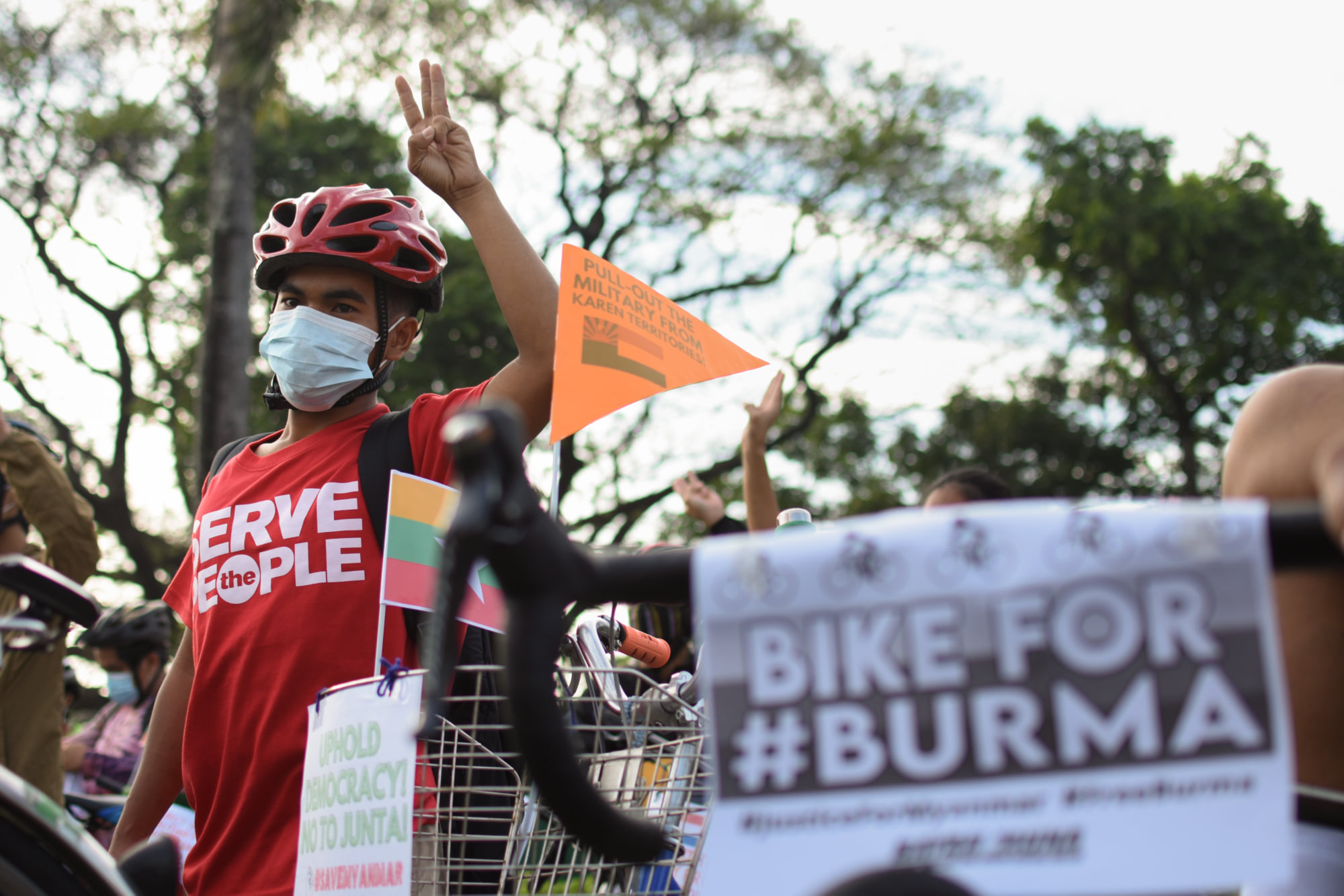 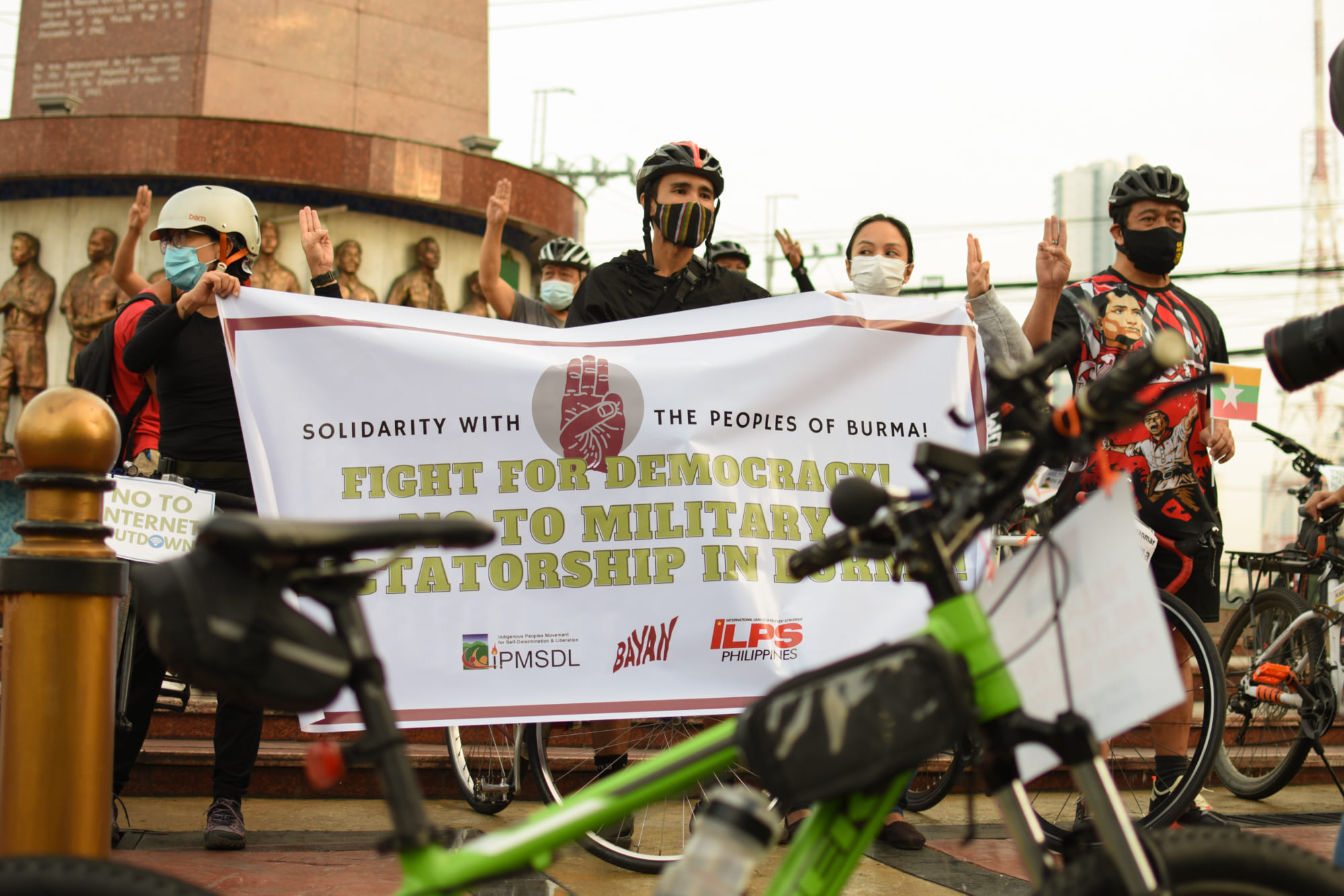 Led by the International Indigenous Peoples Movement for Self-Determination and Liberation (IPMSDL) and the Philippine chapter of the International League of Peoples Struggles (ILPS Philippines), participants pedaled from Boy Scout Circle in Timog Avenue to UP Diliman where a short program was held.

Rita Baua of ILPS-Philippines condemned the military junta in Myanmar. She called on the Filipino people to stand in solidarity with the people of Myanmar in asserting their civil and political rights. 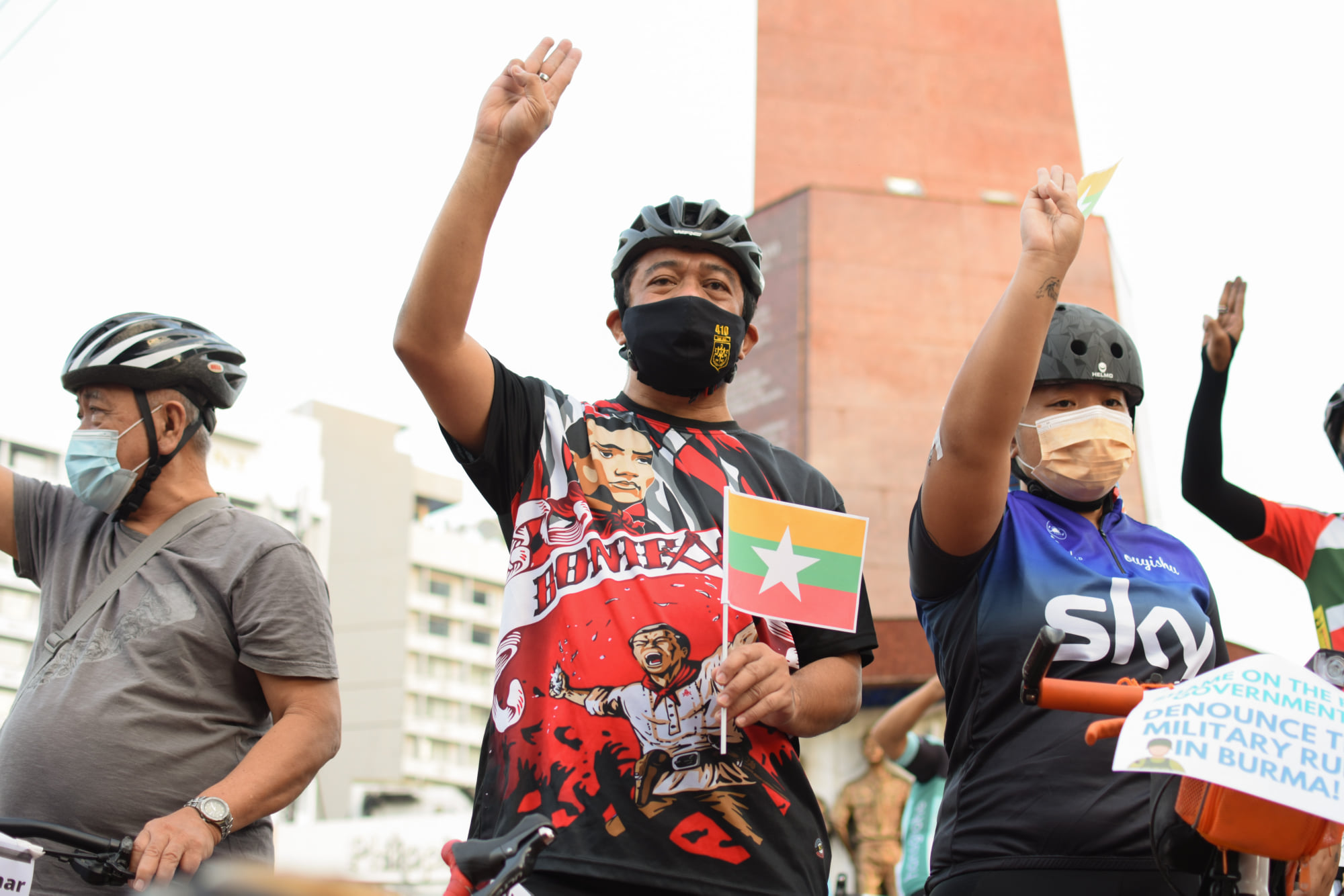 On February 1, an anti-coup resistance was formed across Burma following the military’s declaration of a one-year state of emergency due to alleged electoral fraud. The resistance earned the support and sympathy of the international community, prodding the UN Human Rights Council to issue a resolution condemning the military coup. The Philippine Government had dissociated from the said resolution. 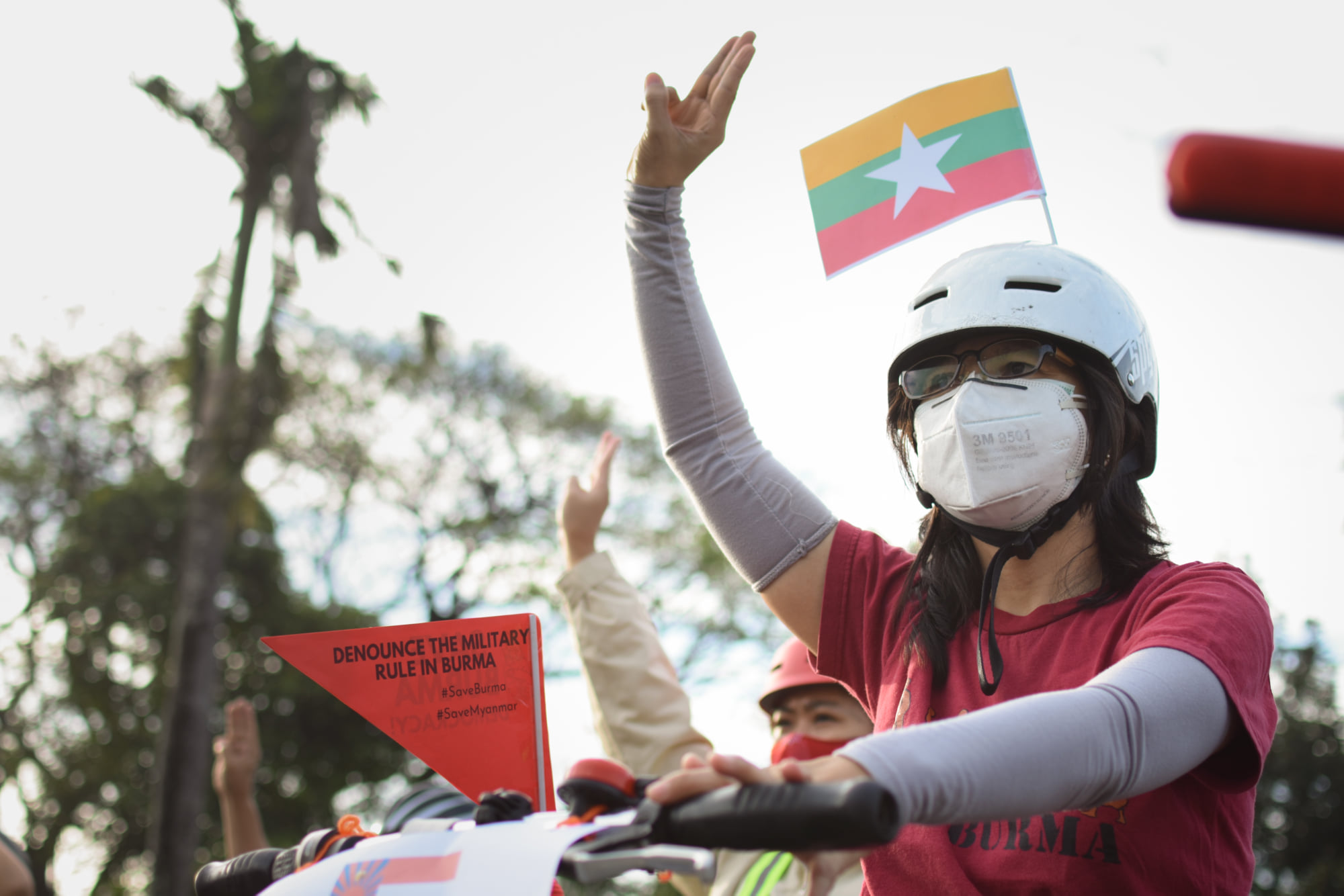 Bayan-NCR denounced the Philippine Government’s “shameful withdrawal from the UNHRC resolution yet we find this unsurprising given the Duterte Administration’s consistent refusal for an investigation on human rights abuses in our own country.” 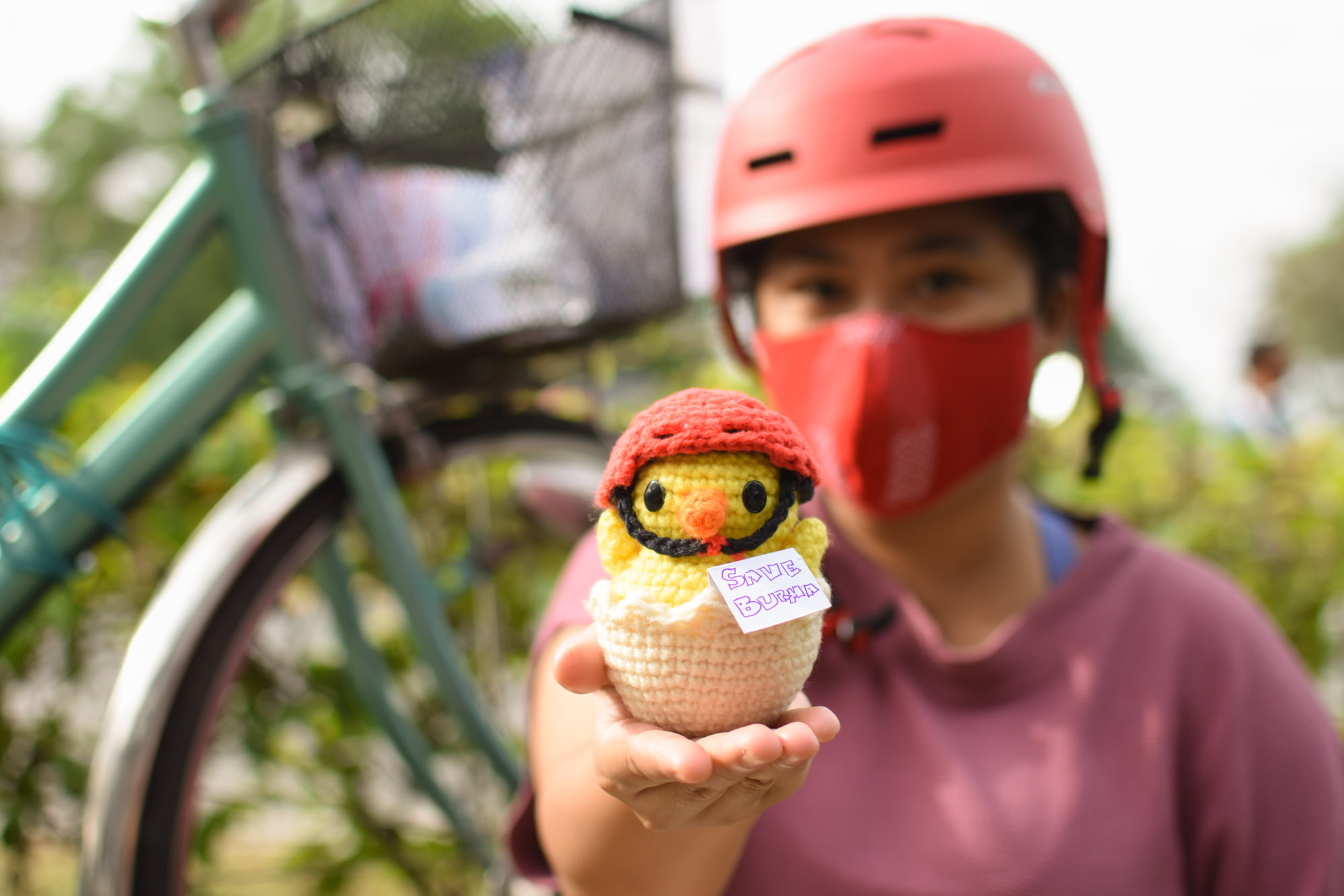 “Military offensives in ethnic areas have resulted in indiscriminate killings, torture, and forced displacements among many rights abuses. The call to uphold democracy must also translate to respect for Indigenous Peoples rights, including their right to self-determination,” said Longid.