While the conflict between the Government of the Republic of the Philippines (GRP) and the Moro Islamic Liberation Front has re-escalated in the wake of the aborted signing of the Memorandum of Agreement on Ancestral Domain (MOA-AD), between the two groups, there are previous peace agreements dealing with the Moro people’s struggle for self-determination that have yet to be properly implemented. 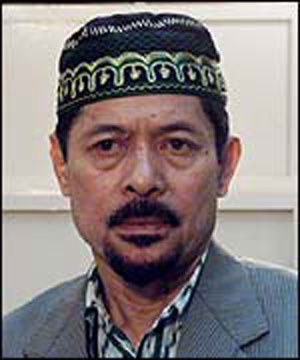 The Moro National Liberation Front (MNLF), which began to wage armed struggle against the GRP following the infamous Jabidah Massacre of 1967, signed in 1976 the Tripoli Agreement with the Marcos government after the latter, weighed down by the costs of the Mindanao war, negotiated for peace. The peace negotiations and the signing of the agreement were sponsored and hosted by the Organization of Islamic Conference (OIC).

In 1989, the Autonomous Region in Muslim Mindanao (ARMM) was created through Republic Act No. 6734. The ARMM originally comprised the provinces of Sulu, Tawi-Tawi, Maguindanao, and Lanao del Sur.

The 1996 Final Peace Agreement, which is an implementing mechanism for the Tripoli Agreement, provides among other things for amendments to or the repeal of RA 6734. It was specifically provided that amendments to or the repeal of RA 6734 would be initiated within the period 1996-1997, after which the amendatory law would be submitted to a plebiscite or referendum in the original ARMM provinces as well as in the provinces of Zamboanga del Sur, Zamboanga del Norte, North Cotabato, Sultan Kudarat, Lanao del Norte, Lanao del Sur, Davao del Sur, South Cotabato, Sarangani and Palawan and the cities of Cotabato, Dapitan, Dipolog, General Santos, lligan, Marawi, Pagadian, Zamboanga and Puerto Princesa.

The 1996 Final Peace Agreement created the Southern Philippines Council for Peace and Development, with the ARMM under the MNLF, as a transitional implementing mechanism. It also placed the “areas of autonomy” provided for by the Tripoli Agreement within the coverage of a Special Zone for Peace and Development (SZOPAD). The SPCPD and the ARMM under the MNLF were to encourage the provinces within the SZOPAD to join what would be an expanded ARMM.

The agreed-upon amendments to RA 6734, which were expected to be initiated within the 1996-1997 period as provided for by the 1996 Final Peace Agreement, did not materialize. Instead, Congress, a few years later, passed RA 9054, which sought to expand the coverage of the ARMM – without consultations with the MNLF and the OIC. Under the said law, areas to be covered by the expanded ARMM were to be subjected to a plebiscite.

In the plebiscite held in August 2001 – after RA 9054 lapsed into law without Mrs. Gloria Macapagal-Arroyo’s signature – only Marawi City and Basilan (except Isabela City) elected to be part of the expanded ARMM.

On Nov. 19, 2001, MNLF chairman and then ARMM Gov. Nur Misuari declared war on the Arroyo government for allegedly reneging on its commitments to the 1996 Final Peace Agreement. The MNLF then attacked an Army headquarters in Jolo.

Misuari was subsequently arrested in Sabah, Malaysia for illegal entry and was turned over to the Philippine government by Malaysian authorities. He is currently under house arrest in New Manila, Quezon City.

In an interview, Misuari, citing a comment by an OIC representative whom he did not identify, said the non-implementation of the GRP-MNLF agreements means that the government is merely interested in a “fait accompli solution” to the conflict in Mindanao. “A fait accompli solution could only mean one thing: the pursuit of peace through military means,” he said.

The MNLF leader said, however, that it is now impossible for the government to win against the MNLF by military means. He said the MNLF now has a total strength of 150,000-200,000 and is in possession of various high-powered weapons including, he said, anti-tank weapons. “If the government thinks they can win against us, they should go to Mandaluyong,” he said, referring to the Metro Manila city where the National Center for Mental Health (NCMH) is located.