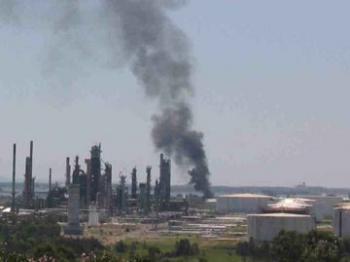 Even as world crude prices have gone down to approximately their January 2008 levels, current pump prices are still above the averages for the period January-March 2008.

Press Sec. Jesus Dureza said, in a press conference Sept. 12, that the recent rollback in oil prices by P2 to P3 is a “big argument against those who are shouting deregulation;” although the Press Secretary might have meant “regulation” as militant groups are calling for the scrapping of the Downstream Oil Industry Deregulation Act and for the regulation of oil prices.

Demands for the repeal of the 12 percent value-added tax (VAT) on petroleum products and the scrapping of the Downstream Oil Industry Deregulation Act have intensified during the first half of the year amid a series of oil price hikes starting last January. Oil price hikes severely affected the prices of commodities, as petroleum products are used in the production and transportation of goods.

Oil firms have claimed that the frequent spikes in the prices of their products are offshoots of their supposed need to recover losses from the jumps in world oil prices. World crude prices increased at a seeming uncontrollable pace with projections that it would hit $200 per barrel. But they peaked at $147 per barrel before they went down steadily. Mainstream analysts claimed that diminishing oil reserves, weather disturbances, and geopolitical factors such as the impending war between the US and Iran caused prices to rise; although some attribute it to a speculation frenzy in the oil futures market, especially after the sub-prime mortgage crisis in the US when hedge fund managers lost millions of dollars.

But according to Arnold Padilla of Bagong Alyansang Makabayan’s (Bayan or New Patriotic Alliance) Public Information Department, oil companies should have implemented bigger rollbacks in the prices of their products, considering that crude oil prices in the world market have gone back to the level they were at during the first quarter of 2008.

The following table, based on data from the Department of Energy (DoE), show the monthly average retail prices of diesel and gasoline from December last year to August this year:

The current range of pump prices for unleaded gasoline and diesel is visibly still above the monthly averages for the period January-March 2008, bolstering the claims of drivers and militant organizations that the current oil price rollbacks are not enough.

“Clearly, oil price slides in the world market do not automatically translate into proportionate rollbacks in the local market,” Padilla said in an interview.

“This happens because the oil industry is deregulated,” Padilla pointed out.

The downstream oil industry was deregulated in April 1996, upon the passage of Republic Act No. 8180. Two years later, RA 8180 would be replaced with RA 8479, which eliminated the first law’s provisions on tariff differential, stocking of inventories, and predatory pricing.

Mrs. Gloria Macapagal-Arroyo, who was a senator in 1995-1998, authored RA 8479 among other laws paving the way for the Philippines’ entry into the World Trade Organization (WTO) framework.

Under deregulation, the Philippines has been suffering from more frequent oil price hikes than during the pre-deregulation period. The increased frequency of oil price hikes under the deregulated environment contributed greatly to bringing prices of petroleum products to their present exorbitant levels.

Padilla also said that the deregulation of the oil industry has made the Philippines more vulnerable to the effects of speculation in the world market.

Last June, four market analysts testified at a US Senate hearing, that speculation accounted for 30 percent of world oil prices.

Michael Masters of Masters Capital Management said that if the US Congress passed a law limiting speculation, the price of oil would drop closer to marginal price of $65/75/barrel. Fadel Gheit of Oppenheimer & Co., Edward Krapels of Energy Security Analysis, and Roger Diwan of PFC Energy Consultants agreed with Masters.

“Record oil prices are inflated by speculation and not justified by market fundamentals,” Gheit said. “Based on supply and demand fundamentals, crude-oil prices should not be above $60 per barrel.”

Padilla said that regulation would protect the people both from the effects of speculation in the world market and local oil companies’ profiteering because any increase would have to be approved by the government. Another proposal being put forward by militant groups is centralized procurement of oil.

“With centralized procurement, it is the government that is in charge of importing our oil requirements,” Padilla said. “The government thus can enter into bilateral agreements in which both parties agree not to be affected by speculation,” he explained.

“Also, with centralized procurement, the government would have a sense of the actual costs of oil, unlike the situation right now in which we cannot tell the real costs,” he added. “The government can therefore call the oil companies to task if they peg their prices way above the costs of importing oil.” (Bulatlat.com)