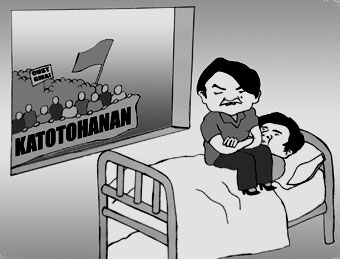 When former Agriculture Undersecretary Jocelyn “Joc-joc” Bolante arrived in the Philippines after being deported from the US, he was grimacing his worst and complaining of chest pains, and was rushed to the St. Luke’s Medical Center instead of immediately being placed under Senate custody. Apparently his supposed heart ailment is being caused by anxiety because after eluding the Senate hearings on the fertilizer scam for three years, he now has no other choice but to give his testimony. When he did appear at the Senate investigation, his statements were incredible to say the least and were clearly intended to protect Malacañang and its cohorts. It almost seems as though the Arroyo administration is bringing its weight down on Bolante to prevent him from letting the cat out of the bag.