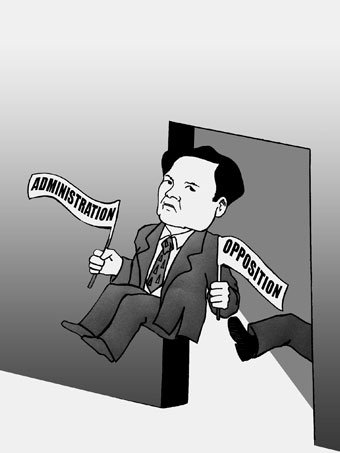 When Sen. Manny Villar was kicked out of the Senate presidency, rumors abound that it was the handiwork of Malacañang; some say they see Erap’s hand in the Senate coup; Sen. Francis Pangilinan said the culprit is politicking among presidentiables. Recent moves by the Lower House to revive its bid for charter change – with no less than the president’s son Mikey Arroyo showing the way – added fire to the rumors that Malacañang was indeed behind the Senate coup to remove any obstacle to charter change. Well, no matter who was behind the coup and for whatever reason, Villar had it coming. He rode on the Filipino people’s frustration with the Arroyo government by joining the opposition ticket during the 2007 elections, only to strike a deal with the administration to secure the Senate presidency. And for more than a year, Villar was straddling both the administration and opposition camps – an opportunist position but a lonely one indeed.