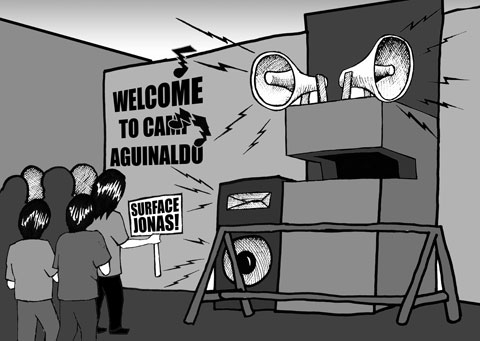 When Jonas Burgos’s relatives and friends trooped to Camp Aguinaldo last April 28 to mark the second anniversary of his disappearance, their prayers and speeches were drowned out with loud and lewd music. Burgos’s relatives and friends were asking only one question: where is he? The military clearly didn’t want to answer the question, so they chose to drown it out instead. In doing so, they are not only drowning out the pleas of the Burgos family, they are drowning out justice in this troubled land.