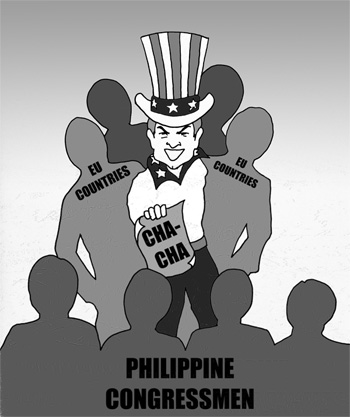 The US government and other foreign powers such as the European Union and Japan have been pushing for the rewriting of the 1987 Philippine Constitution. They are after the removal of provisions that protect the country’s patrimony and sovereignty so as to allow them to exploit further our resources.
By FLON FAURILLO
(Bulatlat.com)