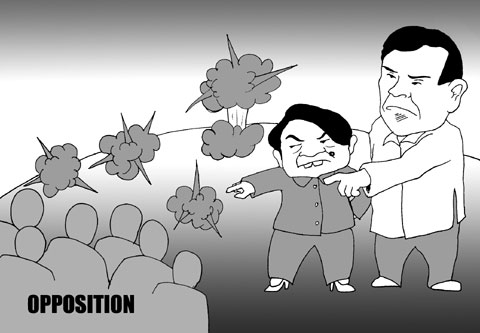 Martial Law? The recent bombing at the Office of the Ombudsman and the discovery of two unexploded bombs at the compound of the Department of Agriculture and the One Burgundy Plaza along Katipunan Avenue raise once again the specter of martial law. The AFP was quick to surmise that these are part of a “destabilization trend,” which the government has always blamed on the opposition. But the opposition is right: it is the government that stands to gain a lot from these bombings. Are these leading to another martial-law scenario?
By FLON FAURILLO
(Bulatlat.com)