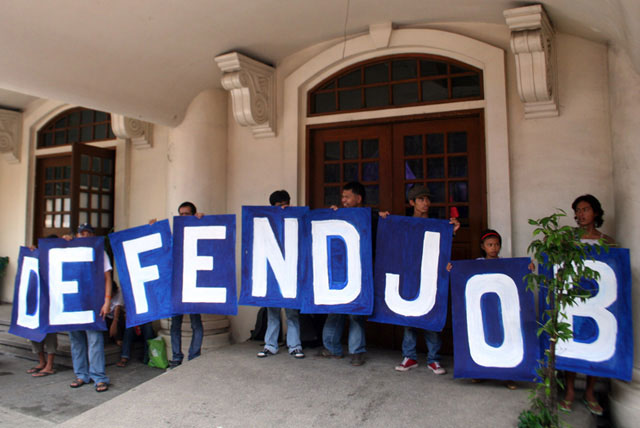 Workers hold a picket on Wednesday to call attention to the growing number of those who lost their jobs and livelihood due to the global financial crisis. The workers, who marched to the labor department in Intramuros and later to Mendiola, are members of a movement called “Defend Job Philippines,” an alliance that promises to raise workers’ issues in the elections next year. (Photo by Marya Salamat / bulatlat.com)