Photo of the Week: Erap Throws a Mean Punch 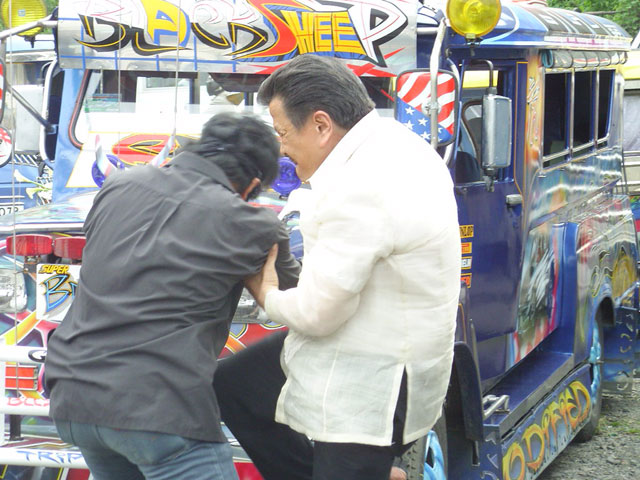 Former president Joseph Estrada beats up a toughie in this scene, taken during a shooting in Quezon City last week, of his new movie “Ang Tanging Pamilya.” In the movie — his first after two decades — Estrada plays a jeepney driver. Last week, he also threw a mean punch to Philippine politics when he announced that he would run for president next year. Read related story.