You Are Here: Home → 2009 → December → 5 → News in Pictures: Groups Slam Proclamation of Martial Law in Maguindanao 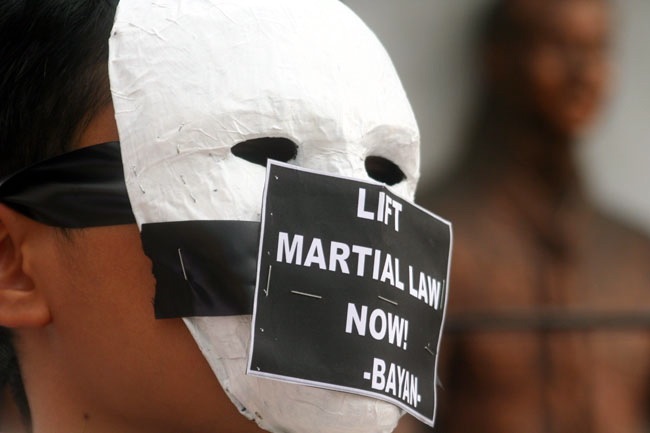 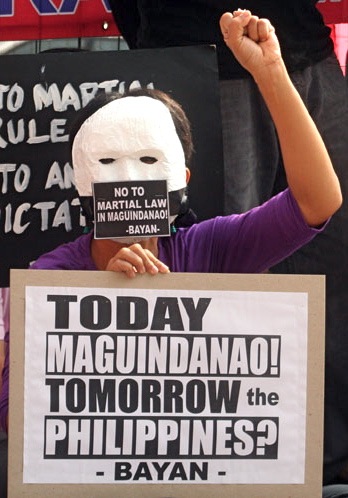 MANILA — After the brutal killings on Nov. 23, the province of Maguindanao is now under martial law. But only hours since the proclamation, the regime has faced various protests from progressive groups.

On Saturday, at the Boy Scout Monument in Tomas Morato in Quezon City, more than a hundred protesters gathered to condemn the proclamation of martial law and the lifting of the writ of habeas corpus in Maguindanao.

The “sudden” implementation of Proclamation 1959 comes on the heels of the discovery of powerful firearms in the backyard of the Ampatuan clan. Executive secretary Eduardo Ermita said that the president can suspend the writ of habeas corpus and place the Philippines or any part of it under martial law should there be a case of invasion or rebellion or when public safety requires it.

“The Ampatuans are not rebels. They are criminals! It is only rightful to arrest and jail them,” Gabriela Rep. Luzviminda Ilagan said at the rally.

The National Union of Students in the Philippines believe that the proclamation provides a convenient cover for the Arroyo administration to deflect blame for the Ampatuan massacre.

“Proclamation No. 1959 is totally uncalled for,” Anakpawis secretary-general Cherry Clemente said, adding that it may be the start of Arroyo’s attempt to cling to power as her term approaches its end in June 2010. (Photos and text by Janess Ann J. Ellao / bulatlat.com) 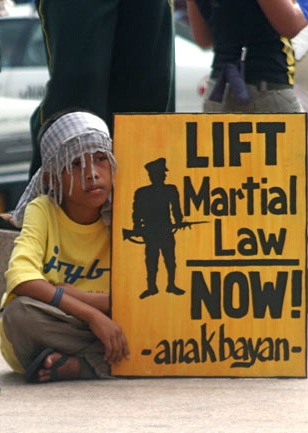 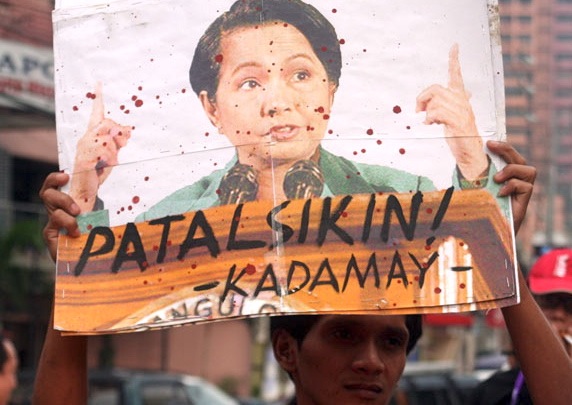