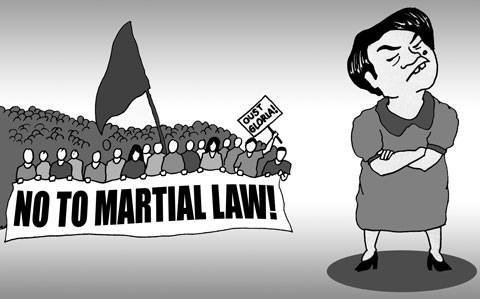 Contempt. Though she has lifted martial law in Maguindanao following widespread opposition, President Gloria Macapagal-Arroyo nevertheless defends her imposition of it, justifying it on the basis of a non-existent “rebellion”. In so doing, she shows her utter contempt for human rights and public opinion.
By FLON FAURILLO
(Bulatlat.com)