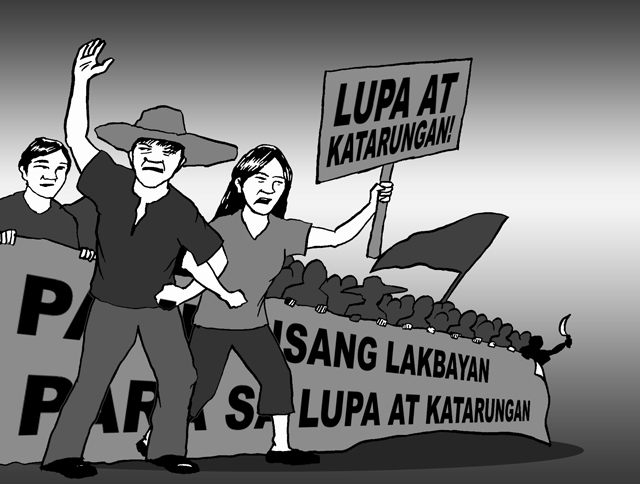 The Long March. For more than 10 days, farmers traveled to Manila from as far as the Ilocos Region and Mindanao, hurdling several checkpoints and surviving tough weather conditions to stage the first-ever Pambansang Lakbayan para sa Lupa at Hustisya.

Their long march underscored the urgency and justness of their demand for genuine land reform and justice for the victims of the Mendiola Massacre, the Hacienda Luisita Massacre, and other forms of political repression especially under the Arroyo regime.