Members of Kabataan party-list and the College Editors Guild of the Philippines (CEGP) mark the 3rd month commemoration of the Ampatuan Massacre on Tuesday with protest actions at Don Chino Roces Bridge in Manila, denouncing the government’s failure to provide justice for the 58 victims of the massacre. The symbolic actions also reminds the public that the Ampatuan massacre is proof that social injustice and impunity continues despite the so-called restoration of democracy in 1986. 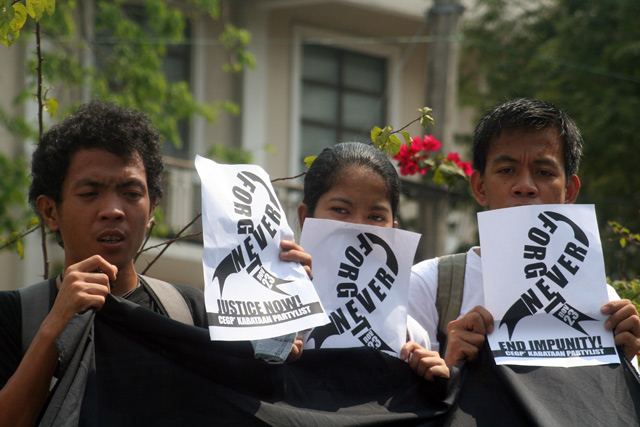 “What is even ironic, many are busy preparing for the commemoration od EDSA 1, but we never hear nor see sustained efforts from these politicians to help the victims’ families achieve justice and address the issue of impunity,” said Vijae Alquisola, CEGP national president. 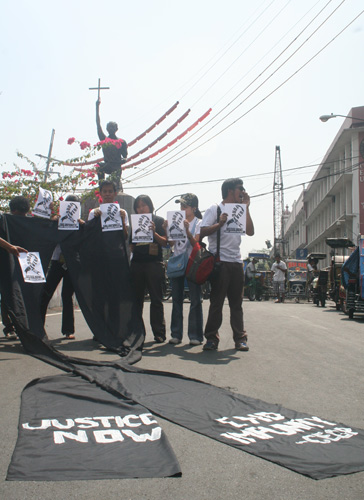 “Politicians are merely mouthing platitudes about serving justice, as if justice is an abstract concept. To serve justice, those responsible must be held accountable. If they want to commemorate the true spirit of EDSA 1, they must ensure that the Ampatuans and other warlords will no longer terrorize the Filipino people,” Alquisola said. (Photos by Janess Ann J. Ellao/bulatlat.com)