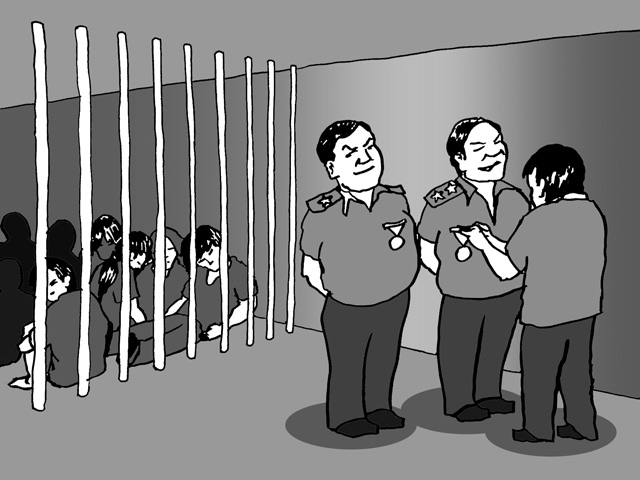 The bronze medals awarded to two military officers involved in the arrest and detention of the 43 health workers are symbols not of courage but of cowardice and paranoia of the Armed Forces of the Philippines (AFP) and of President Gloria Macapagal-Arroyo. How else would one explain the abuses committed against the Morong 43? Just because this government can not wipe out the armed revolution in the countryside, it resorts to such despicable acts.