MANILA — Buried under all the election hoopla is a momentous event the Philippines would be figuring in starting next month—the World Expo in Shanghai, China.

The Philippine Organizing Committee (POC) to the Shanghai Expo announced last April 8 at the Coconut Palace that the country is all set in its participation to what may be the biggest international gathering this year.

The Shanghai Expo is billed as the largest such event since the exhibition was first held in London in 1851 with 240 participating countries and 70 million expected visitors. It will have a six-month run starting May 1 until October 31.

Themed “Better City, Better Life” the exposition aims “to represent the common wish of humankind for a better life in future urban environments through communications, cooperation and interaction.”

The theme is further developed in five sub-themes: 1) Blending of diverse cultures in the city; 2) Economic prosperity in the city; 3) Innovations of science and technology in the city; 4) Remodeling of communities in the city; and 5) Interaction between urban and rural areas.

Expo 2010 is actively driven by the Central Government of China, which established a specific Shanghai World Expo Coordination Bureau.

The Philippine pavilion will also be the largest in the history of the country’s participation in the World Expo. It will occupy 2,000 square meters within the riverside Asian Group 1 Cluster.

The Philippines’ first participation at a world exposition in 1904 was a bitter experience, however.

One thousand one hundred Filipinos were shipped to St Louis (Missouri) Exposition by the American colonial government in the Philippines to be part of the Philippine Exhibit that included the Tagalogs, Visayans, Muslims, Cordillerans, Tinguianes, Capampangans, Kalingas, Mangyans, Negritos, and Bagobos. 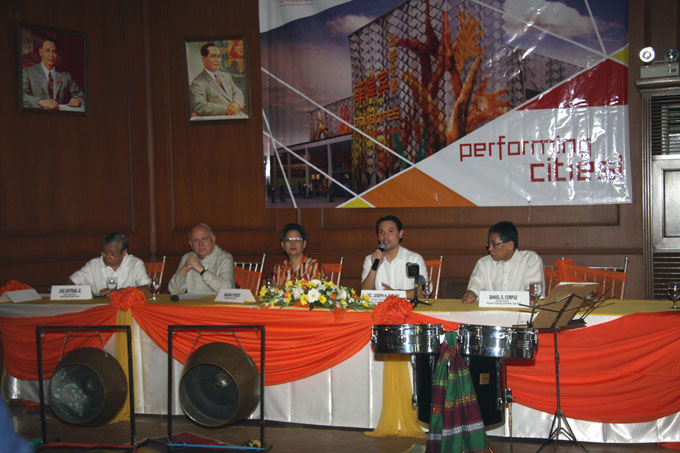 The “performance’ that attracted the most interest and publicity was the Cordillerans’ “head-hunting culture.” In the dead of winter, the Filipinos were forced to perform traditional dances while scantily-dressed in their cultural attires. Members of the Philippine delegation died of pneumonia as a result.

Much was also made about their “appetite” for dog meat which is an occasional part of their cuisine. There were reports that the city of St. Louis provided them a supply of dogs at the agreed amount of 20 dogs a week, despite the objections raised by the St. Louis Women’s Humane Society. Later, missing neighborhood dogs were blamed on the Cordillerans, angering and upsetting many people.

While introducing the World Exposition to Filipinos, the St Louis exhibitions perpetuated many negative stereotypes against the Filipinos, including the racist idea of the “Little Brown Brother” encapsulated in Rudyard Kipling’s “The White Man’s Burden.”

In the Shanghai World Expo however, the Philippines is shooting for its third consecutive gold in the best pavilion contest, after bagging the award in ?Aichi, Japan in 2005 and again in Zaragoza, Spain in 2008.

But some members of the POC refrained from boldly predicting that the country would again bag the top prize owing to this year’s expo’s theme. Instead, the Philippine Pavilion would cleverly attempt to interpret the exhibition’s theme with a fusion of both literal and abstract elucidations.

(The POC shall present) “…a mature Philippines that knows and relishes its intellectual and aesthetic place in a sophisticated, urbanizing world,” Philippine pavilion curator Marian Roces said. In place of plainly and directly presenting better cities that afford better lives to their residents the Philippine pavilion shall focus on the “human factors” that make Philippine cities “unique”.