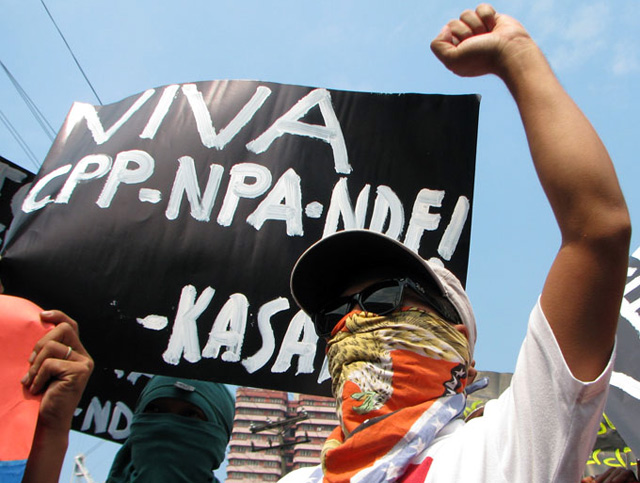 MANILA – An underground urban poor group staged a lightning rally this morning and called on the Filipino to take on the revolutionary path.

The rally marked the 37th anniversary of the National Democratic Front of the Philippines(NDFP). Kasama members include workers, informal and contractual workers and the unemployed. It is one of the revolutionary mass organizations allied under the NDFP. The New People’s Army (NPA) is the armed wing of the Communist Party of the Philippines (CPP).

“The Filipino masses see no benefits and no hope in the reactionary elections as it is controlled and dominated by the ruling class,” Kasama said in a statement. 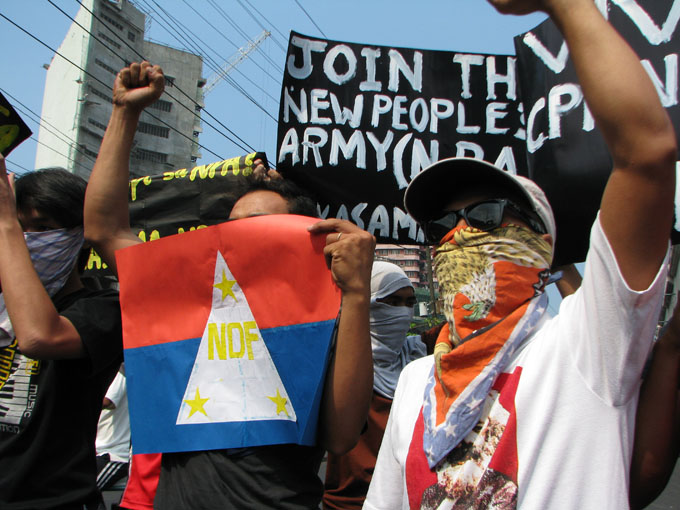 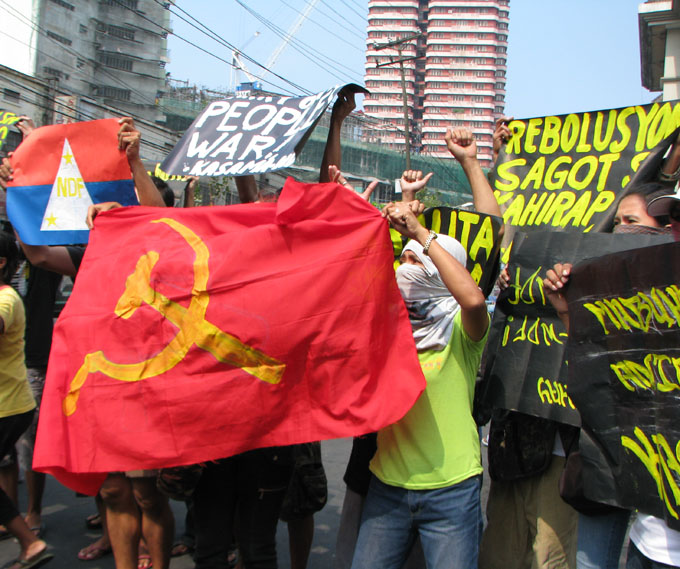 The group said the reactionary character of the national elections is bared as rifts among the reactionary classes deepen and widen. “In this political setting, there is no other option for the masses but to take on the revolutionary path,” Kasama said.

Kasama said the urban poor long for a government that ‘will work for genuine national industrialization and agrarian revolution.’

The group said its members are determined to heighten the level of people’s war to reach the strategic stalemate in the next five years. “As the economic and political crisis deepen, the desire to win the revolution intensifies,” it added. (Bulatlat.com)