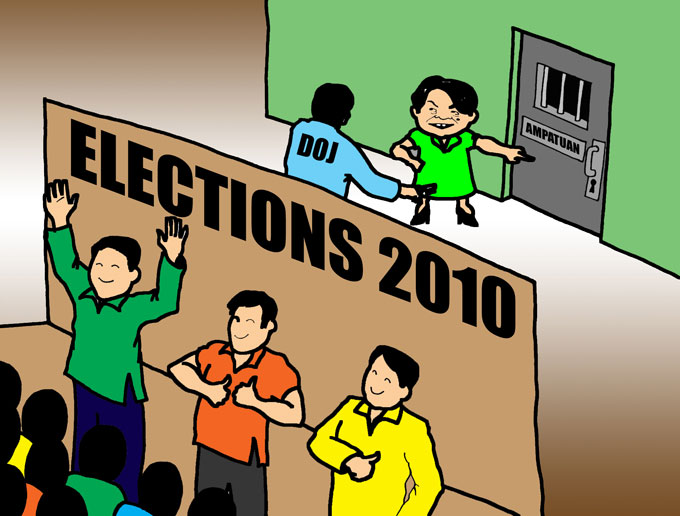 The Arroyo government was probably trying to pull a fast one when Justice Sec. Alberto Agra ordered the dropping of charges against ARMM Gov. Zaldy Ampatuan and former Maguindanao vice governor Akmad Ampatuan. The timing is suspect as the controversial order was issued at a time when the public’s attention is focused on the elections. It’s a good thing the public remains vigilant.