News in Pictures: The Colors of Cordillera Day 2010 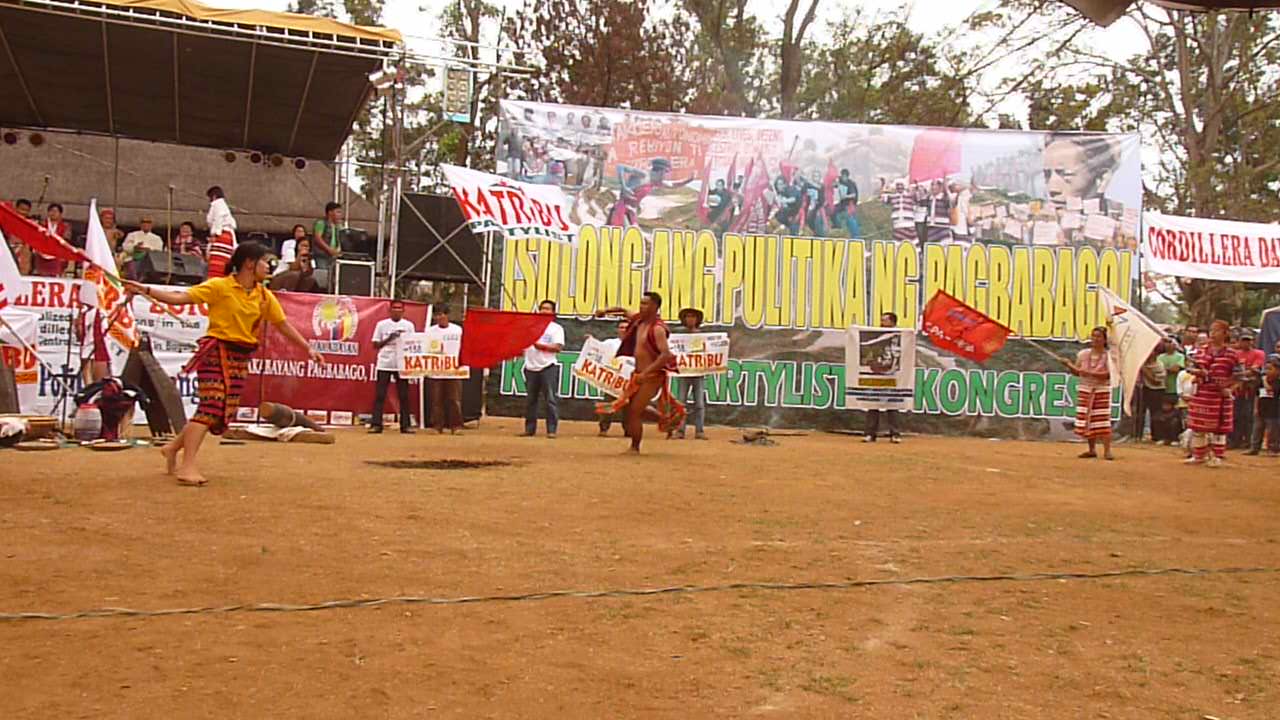 BAGUIO CITY — The beating of the gangsa for Cordillera Day 2010 – the 30th year of Macliing Dulag’s martyrdom – marked the continued fight of the indigenous peoples for land and self-determination, all the way to congress. The celebrations were held, side-by-side the meeting de avance of the Katribu partylist, which aims to get congressional seats for the indigenous peoples.

It was a rainbow of colors as local candidates from various political parties joined the celebration, along with Makabayan senatorial candidates Satur Ocampo and Liza Maza. 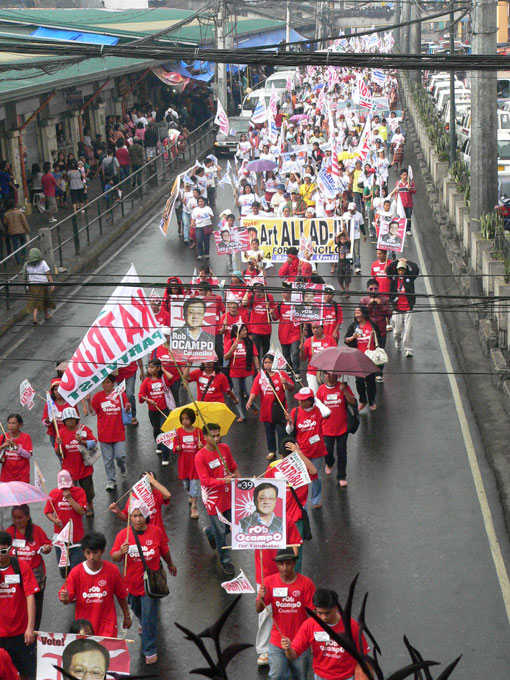 Heavy rains turned the grounds of Burnham Park from dusty to muddy. Still, the gangsas beat on, the pattong (community dance) carried on well into the night, led by delegates from the different Cordilleran provinces, and Ayta and Moro delegates.

As most speakers put it, Katribu’s fight for a congressional seat is not the end-all of the struggle. “Even if we succeed in getting seats in congress, we must continue organizing, educating and advancing the struggles of the indigenous peoples. Or all will be for naught,” one delegate said. 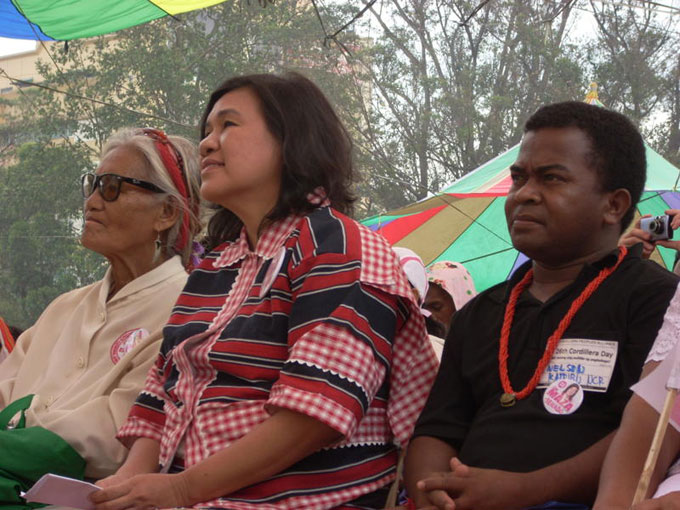 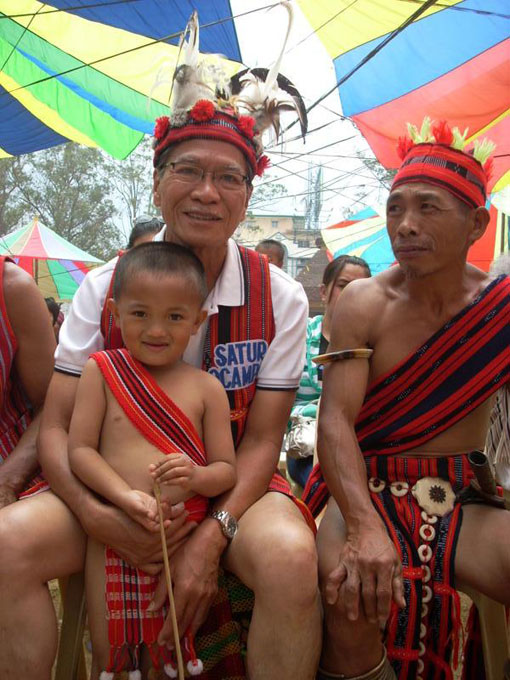 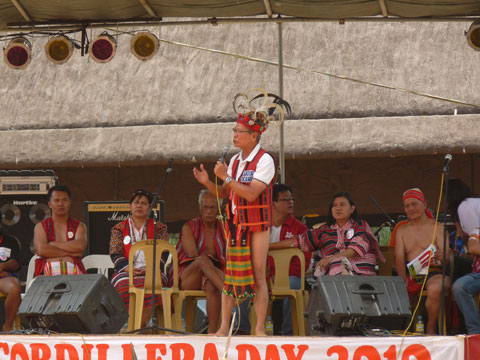 Makabayan Coalition senatoriable and Bayan Muna Rep. Satur Ocampo joins the celebration and gives his solidarity message in struggle of the Cordillerans and indigenous peoples. 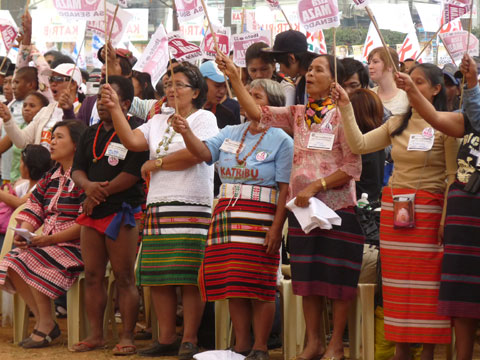 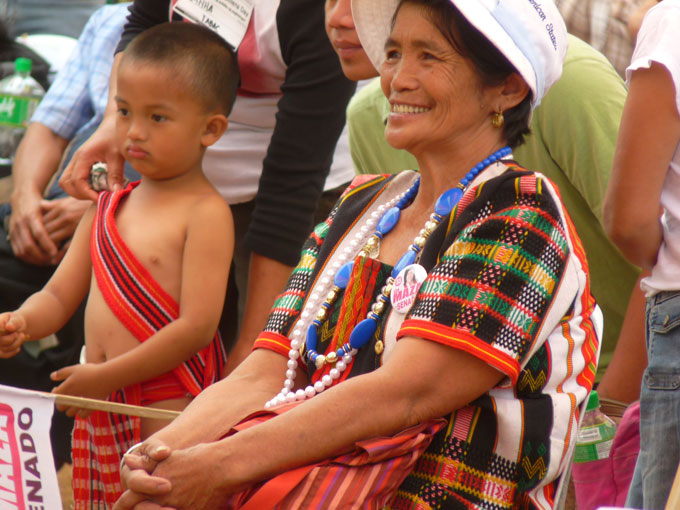 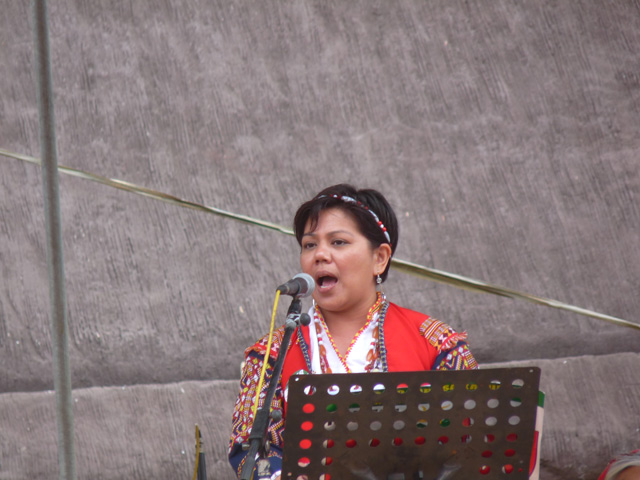 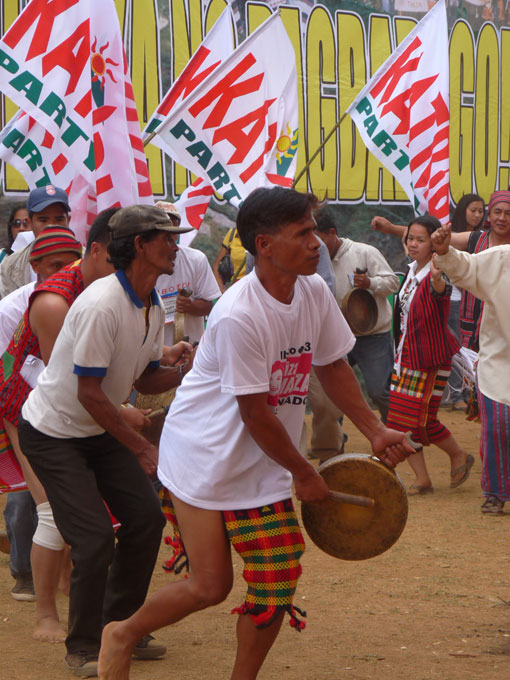 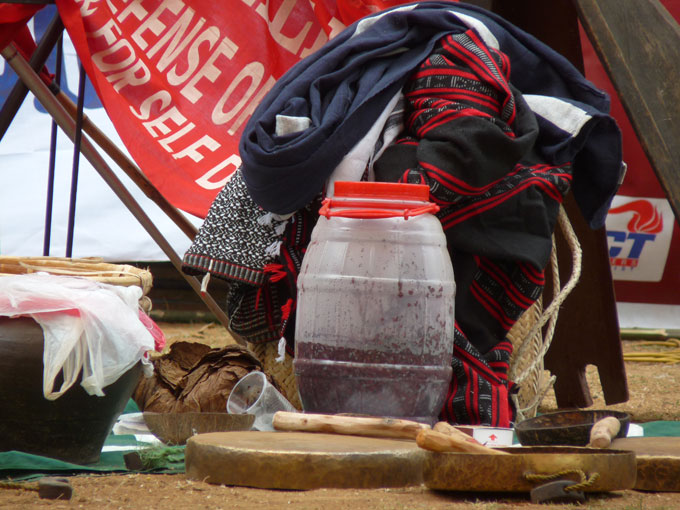