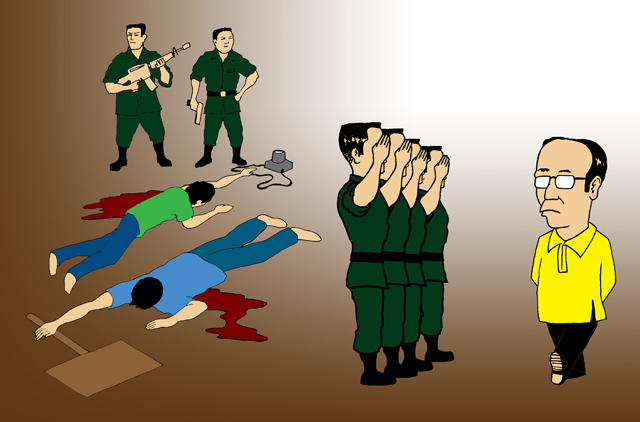 The political killing of Fernando Baldomero last July 5 should be a wake up call to President Aquino to urgently address the problem of human rights violations in the country, especially now that the government and the Armed Forces of the Philippines would be finalizing a new counterinsurgency program. However, after a few perfunctory responses, from Aquino’s spokesman, of calling for an investigation and denying that the government sanctions extrajudicial killings, President Aquino appears to be looking the other way already.