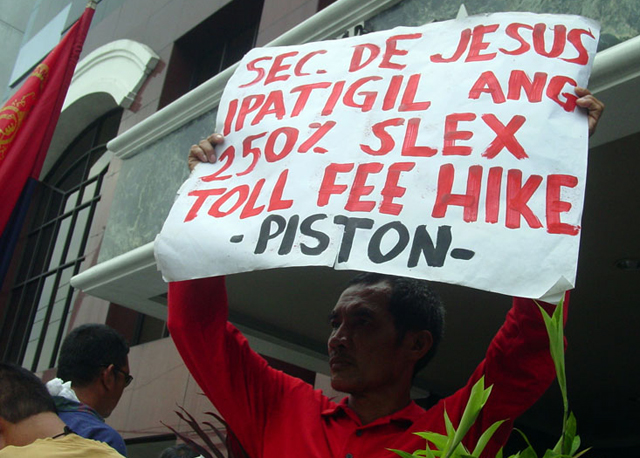 MANILA — Members of Pagkakaisa ng mga Samahan ng Tsuper at Operator Nationwide (Piston), an organization of public transport drivers, trooped in front of the Department of Transportation and Communication (DOTC) office in Mandaluyong City Monday to oppose the decision of Secretary Jose “Ping “ De Jesus to implement the more than 250 percent toll hike at the Southern Luzon Express Way, as well as the increase in MRT and LRT fares and expanded value-added tax (e-vat) in all toll ways. 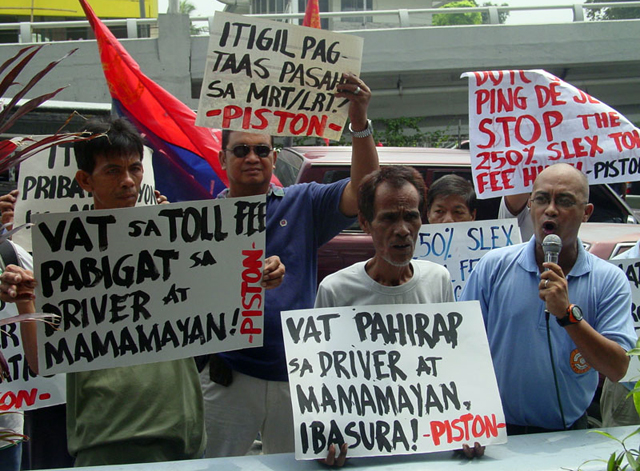 According to Geoge San Mateo, secretary-general of Piston, the toll and fare hikes will not only burden the commuters but most especially the jeepney drivers and their families.

“A jeepney driver’s take home pay after a day’s work is not enough to cover their family’s expenses and this government seems to be not thinking twice and instead make its citizens suffer more by adding increases such as the fare in MRT and LRT,” San Mateo said. 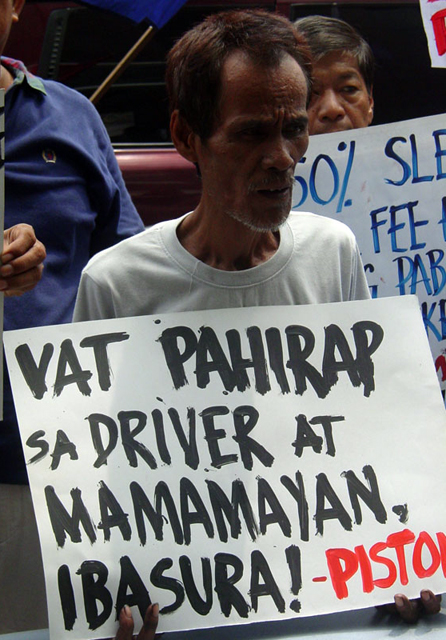 “The toll fee increase and the implementation of e-vat on all toll ways will definitely give a big impact to the prices of basic commodities and other products, as well as increase in transportation fee, most especially the price of oil products,” San Mateo added. (Bulatlat.com)