DUMAGUETE CITY — Marking the commeration of the 38th aniversary of the declaration of martial law in 1972, progressive groups led by Bagong Alyansang Makabayan-Negros Oriental, held protest actions on Tuesday, condemning the ‘state of undeclared martial law’ in the province and the extension of the counter insurgency program Oplan Bantay Laya. 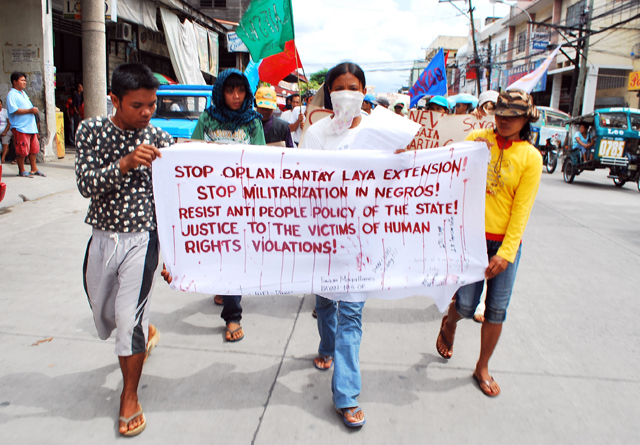 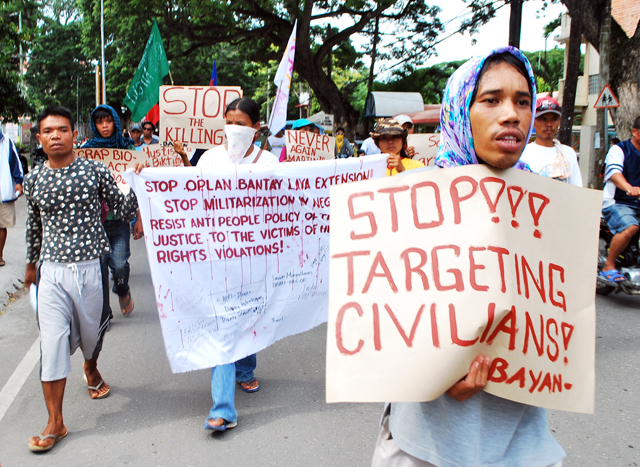 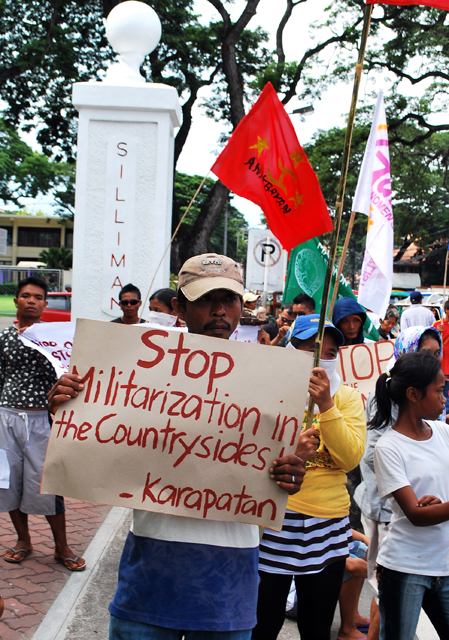 On June 28, 2010, Fernando “Andot” Dejino was shot dead by unidentified gunmen while on his way home with his wife and mother. Dejino, was an active member Kasayan Farmers Association (KASAYFA), which actively opposed the expansion and operation of jathropa plantation in Siaton, Negros Oriental. (Photos by Mordino M. Visitacion / Bulatlat.com)