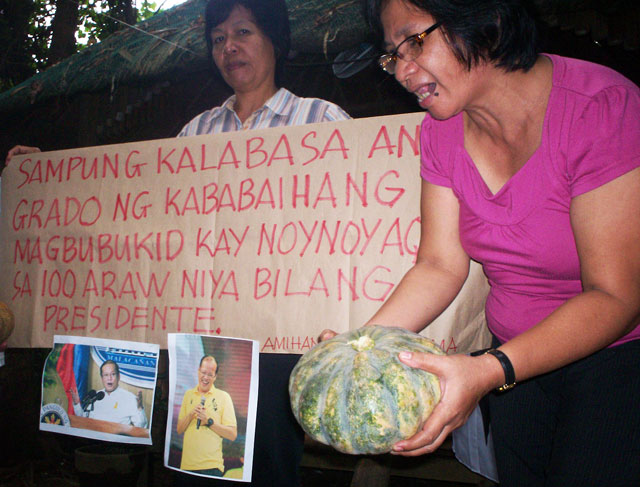 The group said that under the Aquino administration, peasants continue to be deprived of land due to deceitful schemes such as the Stock Distribution Option, specifically in Hacienda Luisita, and the implementation of the Comprehensive Agrarian Reform Program with Extention.

They also denounced the extension of Oplan Bantay Laya, the bloodiest counterinsurgency program in Philippine history, resulting to the killing of 11 peasants in less than 100 days of Aquino’s presidency. 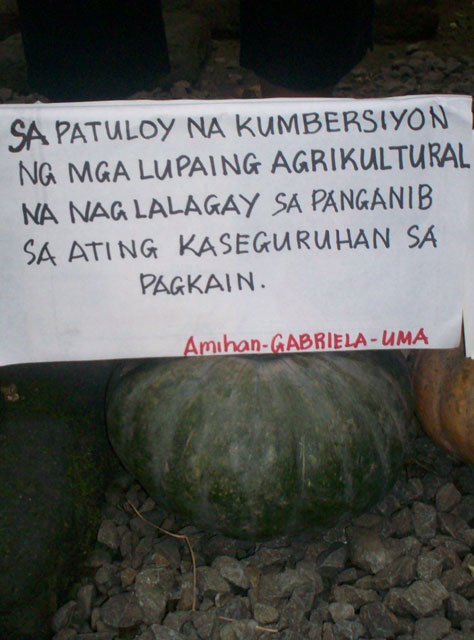 In their statement, Amihan said that Aquino also failed in providing subsidies to peasants, slashing the budget of the National Food Authority and the absence of the slightest interest to provide affordable social services.

“He also showed no interest in peace talks and the continuing subservience to the dictates of the United States and multilateral agencies such as International Monetary Fund and World Bank. (Bulatlat.com)