Photo of the Week: Informal Settler 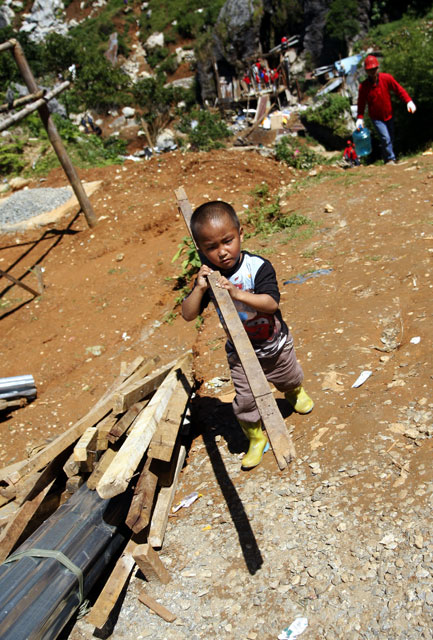 A child helps his father in carrying loads of salvaged materials from their demolished shanty in Upper Irisan in Baguio City, as a demolition crew deface a community of at least 800 settlers along an 8-hectare property of the National Power Corporation. The demolition pushed through early October amid negotiations between residents and local government officials.

Photo by ARTEMIO A. DUMLAO
(Bulatlat.com)