News in Pictures: Going Bald for the 43 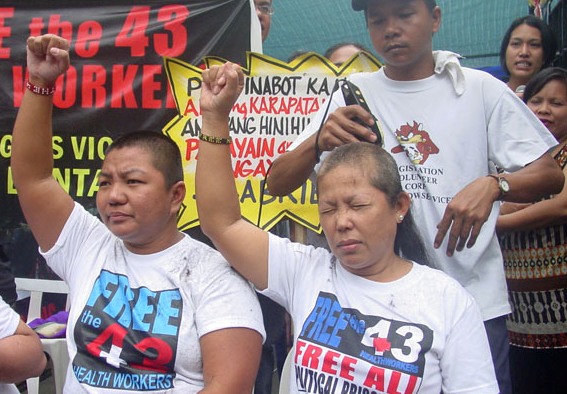 MANILA — On the eve of international human rights day, more than a dozen supporters of the Morong 43 shaved their heads, calling for the immediate and unconditional release of the detained health workers.

The Morong 43 are on indefinite hunger strike since Decemeber 3. They were arrested on February 6 in Morong, Rizal, while attending a health skills training and were charged with illegal possession of firearms and explosives.

Evangeline Hernandez, chairwoman of Hustisya!, an organization of families of victims of extrajudicial killings and mother of slain human rights defender Benjaline “Beng” Hernandez and Roselle Pineda, a professor at the University of the Philippines and a member of the Concerned Artists of the Philippines (CAP) were among those who joined the symbolic protest action. Others were relatives of victims of enforced disappearances including JL Burgos, brother of Jonas Burgos, Ipelenio Soco, son of Gloria Soco, Romy Ancheta, brother of Leonardo Ancheta and torture survivor Raymond Manalo. 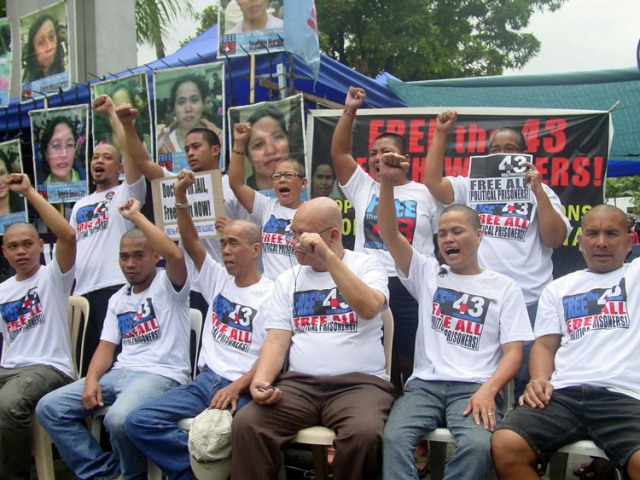 Members of Gabriela also trooped to the fasting center at the Iglesia Filipina Independiente (IFI) and held a sympathy fasting. They also held noise barrage and human chain along Taft avenue.

Joms Salvador, deputy secretary-general of Gabriela, said that the Aquino administration should immediately release the detained health workers as their prolonged detention is dangerous to their health. “The lives of the detainees are now in Aquino’s hand. He should order their release immediately.”