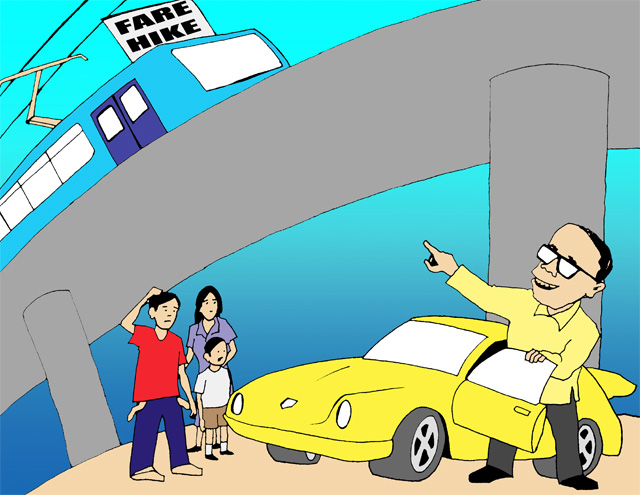 While it is not in dispute that President Benigno S. Aquino III deserves — like anybody else — to be happy and to pursue his passions and joys, the timing of his recent purchase of a Porsche sports car was unfortunate, to say the least. It came at a time when the government began imposing higher toll fees, higher MRT-LRT and taxi fare, and when the prices of basic commodities are going up. More than unfortunate, a supposed pro-poor president luxuriating in his comfy car is offensive to the sensibilities of many Filipinos. Online, people are now joking that Filipinos misheard Aquino when he said he was pro-poor.