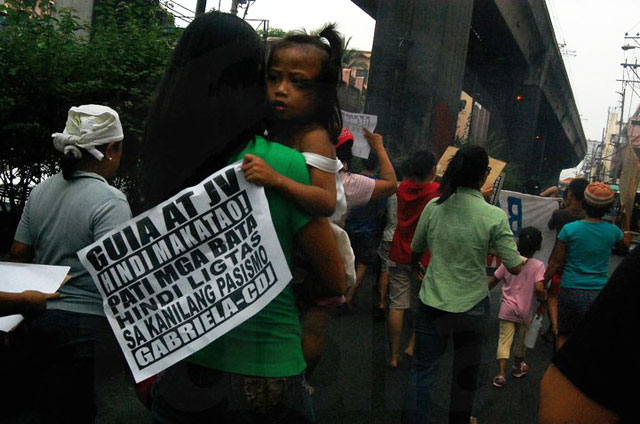 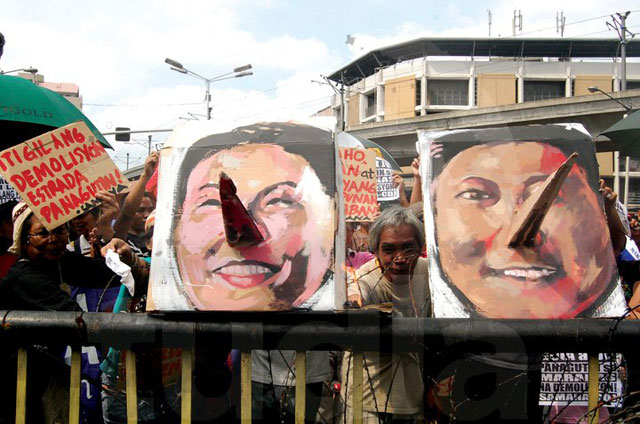 MANILA — Residents of Brgy. Corazon de Jesus in San Juan and their supporters marched to Don Chino Roces Bridge in Manila on January 28, to protest the violent demolition of their community on January 25 and to challenge President Benigno Aquino III to conduct a swift investigation. 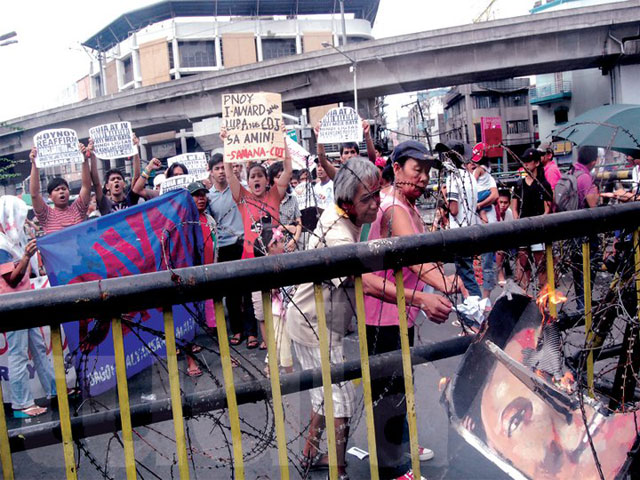 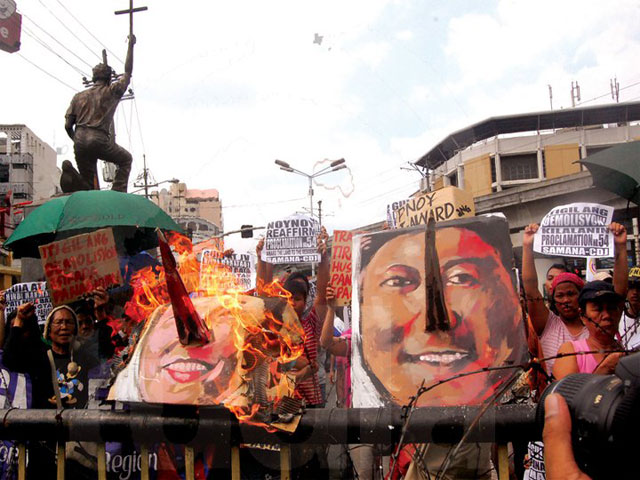 During the demolition, police used water cannons and fired teargas at the residents, where children and elderly were greatly affected. According to the residents, police did not observe the 50-meter distance from demolition rule, and also pointed guns at protesters. A sniper allegedly fired two shots at around 9:30 a.m., which landed near Arnold Repique, Samahan ng Maralitang Nagkakaisa sa Corazon de Jesus (Samana) president. (Note: All of which were caught on video, according to the author.)

After the demolition, residents are complaining about the police in civilian clothing roaming around their community, threatening them to disperse residents who remain in the area.