‘After Log Ban, Aquino Should Cancel All Logging Permits’

Malacañang issued EO No. 23 titled “Declaring a Moratorium on the Cutting and Harvesting of Timber in the National and Residual Forests and Creating the Anti-Illegal Logging Task Force” yesterday to give teeth to the promise Aquino made last month regarding the imposition of a log ban.

Clemente Bautista, Kalikasan-PNE national coordinator noted that the EO 23 clearly states that no logging operation and tree cutting will be allowed in natural and residual forests.

” Given this, we expect the government to cancel the permits and stop the operation of big time loggers in the natural and residual forests of Sierra Madre Mountain range, Mt. Hilong hilong, Mt Kintanglad and others,” Bautista said. 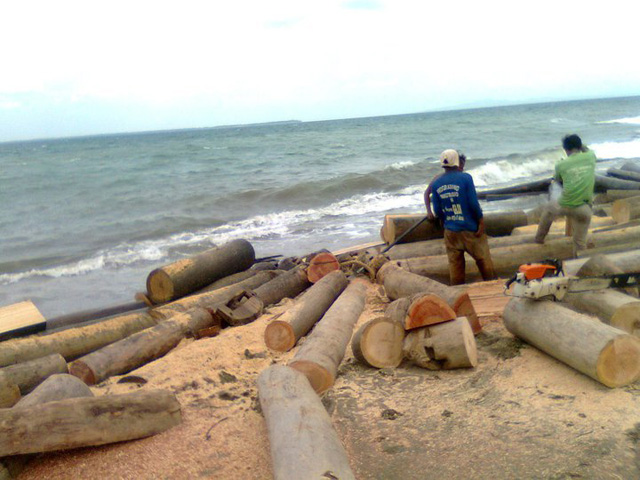 To enforce the moratorium and lead the anti-illegal logging campaign, Malacanang ordered the creation of an Anti-Illegal Logging Task Force. The TF will be be composed of the DENR Secretary or his representative as chairman, the secretary of the Department of the Interior and Local Government, the secretary of the Department of National Defense, the chief of the Philippine National Police, the chief of staff of the Armed Forces of the Philippines or their respective authorized representatives , as members.

The EO also declared that the DENR will prohibit the operation of all sawmills, veneer plants and other wood processing plants if they are unable to present proof of sustainable sources of legally cut logs for a period of at least five (5) years within one month from the EO’s release.

It also ordered the DENR to develop a National Greening Program NGP in cooperation with the Department of Education (DepEd) and the Commission on Higher Education (CHED) to initiate the educational drive; the Department of Interior and Local Government (DILG) to help in establishing communal tree farms for firewood and other purposes; and the the Department of Budget and Management (DBM) to provide the funds for the production of quality seedlings.

In the meantime, Bautista lamented EO 23 does not address the other major factor in deforestation which is corruption inside the Department of Environment and Natural Resources (DENR) and local government units which are responsible in the processing and approval of logging operations. He said some DENR officials are actual active parties in the destruction of forests.

“The DENR has been inutile against stopping illegal logging in many parts of the country. The deep-seated culture of corruption in the agency, the lax implementation of policies and the policies that are full of loopholes fail to protect the environment from the destructive hands of mining and logging companies,” he said.

“Even though the government allows legal logging in plantation forests, this should not exceed 8% of the existing areas covered by logging permits. Logging companies have failed to reforest and rehabilitate our forests in the past decades. They should not be given privileges or permits to cut trees in our forests anymore,” Bautista insisted. 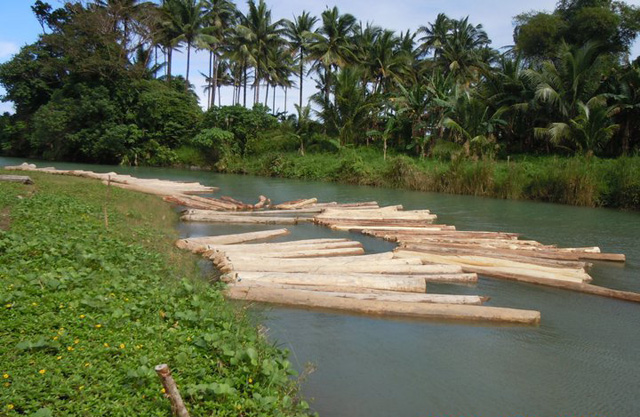 Big political families have interests in logging operations. An example is the commercial logging permit that was given to the San Jose Timber Co, owned by Sen. Juan Ponce Enrile, to cut trees in the 95,770 hectares of forest lands in Samar Island until 2023.

“We challenge the administration to walk its talk by canceling the logging permits awarded to Sen. Enrile’s logging company which is destroying the natural forests of Samar,” Bautista said.

He also said environmental groups continue to demand the cancellation of mining permits and the stoppage of operations of mining companies as these businesses also affect forests. Mining operations and permits commonly encroach in natural forests in areas like Palawan, South Cotabato, Davao del Norte, Mindoro Oriental and Samar Island,” he said.

“The proof of the pudding is in the eating. We will see if Aquino has the political will to stop commercial logging of big politicians and tree cutting of commercial mining in the country.”