“Injustice takes place in this country on a daily basis. We suffer the loss of our loved ones who were brutally killed for defending the environment and for standing up against corruption or human rights violations; but worse, we do not have a government that supports us in our quest for justice against the perpetrators.”

Quezon City -Relatives of slain environmental activists, human rights groups and environmental organizations recently established a new support network as part of their efforts to secure justice for the martyrs of the environment.

According to Kalikasan-PNE, the support network aims to strengthen the campaign for justice for human rights victims, especially those who are environmental advocates.The support group also intends to provide a venue for relatives of the environmental martyrs to share their thoughts and feelings being relatives of victims of extrajudicial killings. ?
Support Network

Cristina Guevarra, Secretary General of Hustisya, said it is important for families and relatives of the victims of human rights violations and political killings to support each other in their fight for justice.

“Injustice takes place in this country on a daily basis. We suffer the loss of our loved ones who were brutally killed for defending the environment and for standing up against corruption or human rights violations; but worse, we do not have a government that supports us in our quest for justice against the perpetrators, she said.

Marjorie Pamintuan, spokesperson of Kalikasan PNE, in the meantime, said there has been no let up in the murders of environmental activists. She cited the case of Rudy Segovia, a farmer who was killed because he joined protests against the operations of the Canadian mining firm TVI Resource Development Philippines Inc in his hometown Siocon, Zamboanga Sibugay. 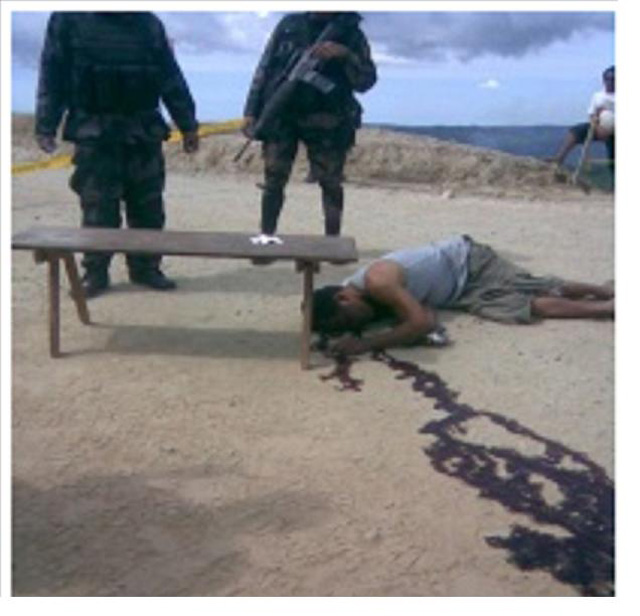 According to reports, Segovia was also small scale miner besides being a farmer. He was shot to death by a company guard named Arnie Omongia in broad daylight after he engaged them in a heated argument over a road blockade which prevented mining company vehicles from passing.

Segovia had been stating his protests against the company’s operations that poisoned the communities’ drinking water. He was also denouncing the company’s dynamite blasting and the hazardous and foul mine wastes the company had been dumping in the environs.

According to the witnesses, the guard aggressively asked Segovia, “Will you leave?” Segovia was only able to answer in the negative and was yet to finish his sentence when the guard shot him five times, killing him instantly.

In its statements to the media, the mining company insists that the security guard was acting in self-defense and that Segovia had a weapon with him, but this was immediately denounced by eyewitnesses as lies.

Leandro Hortillano, chair of the Canatuan miners cooperative told the media that TVI and its guards have been harassing them even before Segovia was killed.

In Front of Witnesses

Councilor Armin Marin’s father Domingo Marin remembers how his son was killed on October 3, 2007 while he was leading an anti-mining rally in front of the Sibuyan Nickel Property Development Corp. (SNPDC) office in Sibuyan, Romblon.

Domingo, president of Sibuyanons Against Mining (SAM), said that three years after Armin’s death, he and the rest of their family are still waiting for justice to be served.

“In spite of strong evidence and the account of several witnesses against the killer, the case is still being heard in court,” he lamented.

The 44-year-old environmental activist was shot dead as he led a protest joined by some 150 residents against a nickel exploration project by the company with ties to the Australian-based BHP Billiton, the world’s largest mining concern. According to reports, the alleged gunman, Mario Chinalpan Kingo was the chief of the security team employed by the SNPDC to guard the mining site.

Based on accounts of witnesses, Armin was arguing with Kingo when a gunshot was heard. Witnesses said they saw Armin being dragged toward a jeep. A second shot was fired and the councilor fell to the ground.

Other witnesses said they saw Kingo hold Armin with his left hand as he held a gun to Armin’s mouth with his right hand. Another witness said he ran to the councilor, but the latter’s neck and mouth were already gushing blood and the wound proved fatal. The incident was caught on video.

“We have yet to hear President Aquino condemn the massacre of my husband and his two companions,” she said.

Mrs. Co said their belief that the Aquino government could not care less about the fight for justice of the victims’ families was bolstered by the Department of Justice investigative panel’s virtual dismissal of the case despite the strong evidence.
?”The DOJ panel tried to cover up for the military by saying it was the New People’s Army,” she said.

Prof. Co, Sofronio Cortez, and Julius Borromeo were killed while conducting biodiversity research work in the forest of Kananga, Leyte. The families of the victims has since filed criminal charges against the officers and soldiers of 19th IB of the Philippine Army.

Kalikasan-PNE’s Pamintuan said they would continue fighting against the persecution of environmental and political activists in the country.

“This is one way of paying tribute to our environmental martyrs. We would continue to fight against the destructive projects and policies of both private and the government entities like large-scale mining and commercial logging. We would not stop until justice has been given our martyrs of the environment and other environmental defenders,” she said.