You Are Here: Home → 2011 → April → 1 → Hacienda Luisita Farmworkers to Supreme Court: Give Us The Land Free and Clear

Hacienda Luisita Farmworkers to Supreme Court: Give Us The Land Free and Clear

“This is an issue of life and death for us, we will not be discouraged or ever dissuaded into giving up.”

Is the Supreme Court deliberately avoiding the farmworkers of Hacienda Luisita?

The farmworkers had been holding weekly protest actions in front of the Supreme Court (SC) offices in Padre Faura st. in Manila since January to press the high court to issue the decision on their case against the management of the Hacienda Luisita regarding the revocation of the Stock Distribution Option (SDO).

Every week, too, the Supreme Court disappointed them. 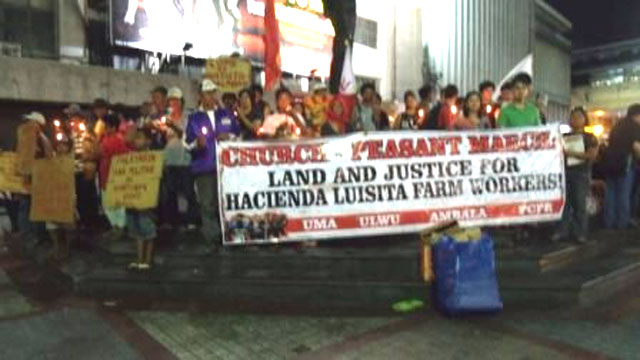 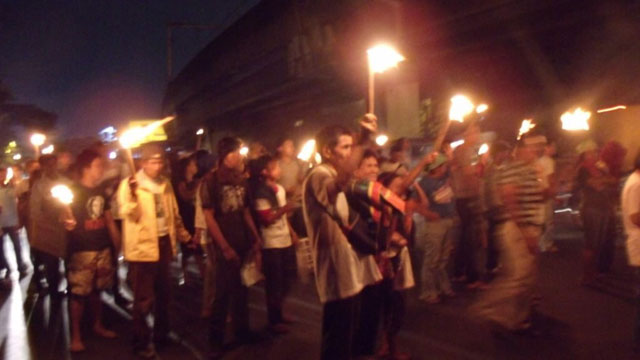 agrarian disputes in the region will be settled. The high court’s decision, they insist, is of grave significance to farmers.

“The SC cannot evade this issue forever; it must take a stand and issue a decision. We have been hearing rumors that the justices have already prepared a decision but have been holding back against announcing it because of pressure from Malacañang itself,” Canlas said.

The justices of the SC are scheduled to hold their en banc sessions every Tuesday, but this last Tuesday, they went to Baguio where the SC has offices. Canlas said it was too early for the SC justices to take a break as the Holy Week holiday is still weeks away.

“We have been regularly holding protest actions in front of the SC building these last three months and the justices are well aware of our demands. This week they must have intended to completely avoid us by going to Baguio,” Canlas said. 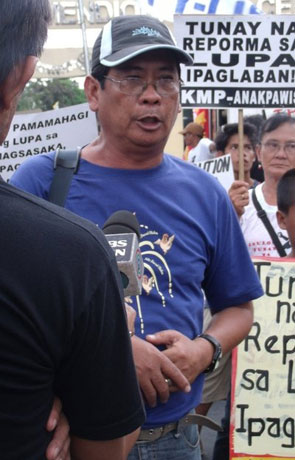 Joseph Canlas of Alyansa ng Magsasaka sa Gitnang Luzon (AMGL) says the Supreme Court must decide in favor of the farmworkers and give them the land exempted from the bogus agrarian reform program of Carper. (Photo by Ina Alleco R. Silverio / bulatlat.com)

Peasant farmer Rodel Canlas, in the meantime, said that whatever the decision the SC makes on their case, the farmworkers of Hacienda Luisita would not stop their campaign. Canlas, UMA’s secretary-general, said they are well aware that the Cojuangco family would not give up easily.

“Let’s say that the SC decides in our favor, does that mean that we have won? No; it doesn’t work that way because we still have to contend with the Comprehensive Agrarian Reform Program extension with reforms (CARPer) scheme. Under the Carper, farmworkers will still have to prove the legitimacy of their claim to the land as rightful beneficiaries, and they will still have to pay the government for their land share,” he said.

“This is precisely why we are against Carper and why we demand that the SC issues a decision that completely exempts the Hacienda Luisita land dispute from Carper’s coverage. If the SC justices have any delicadeza and a true sense of justice, they will decide in our favor and order that the hacienda be turned over to us without strings attached and without having to go through Carper.”

Canlas said the SC should order the government and the Cojuangcos to give Hacienda Luisita to the farmers and farmworkers “free and clear.”

“This is the least the SC can and should do to remedy the decades of injustice the Cojuangcos have done to the farmers in Hacienda Luisita. The land must be returned to the farmers with no strings attached, no legal complications or further legal impediments,” he said.

The farmworkers of Hacienda Luisita themselves say they would not back down from their fight for land and justice. It has been more than six years since the infamous massacre that claimed the lives of 14 farmworkers, and the survivors and their families are not about to let that blood sacrifice be wasted. 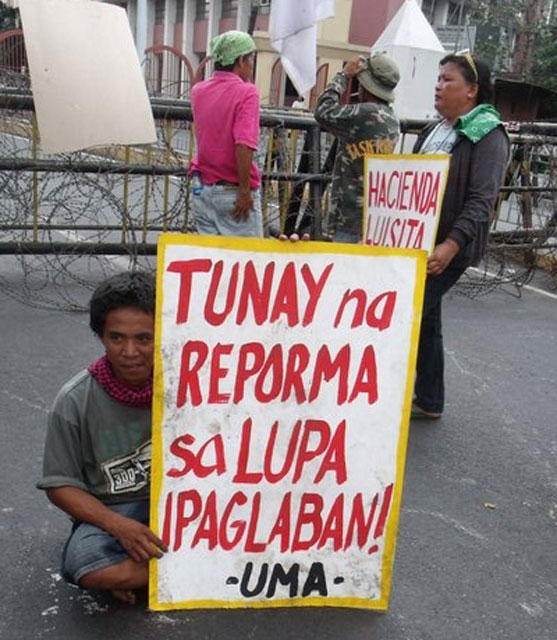 Ramon Reyes, 22-year old farmworker: I know how injustice works, whom it victimizes and who the perpetrators are. I believe in fighting for the land my parents also fought for.” (Photo by Ina Alleco R. Silverio / bulatlat.com)

“My parents lived and died waiting for Hacienda Luisita to be given to the farmworkers, and they always said that we have no other choice but to fight for our rights,” said Ramon Reyes, farmer and tricycle-driver living in Brgy. Balete inside the hacienda.

Ramon may be young, but poverty has made him look older than his 22-years. He was barely 15 when the HLI security forces along with elements of the Armed Forces of the Philippines (AFP) and local police strafed the ULWU picketline area on November 16, 2004. His parents Baby and Miguel were farmworkers and active members of the union. All three of them were in the picketline area when the bullets began falling like rain.