You Are Here: Home → 2011 → May → 21 → News in Pictures: Workers remember Ka Bel and his struggle for legislated substantial wage hike 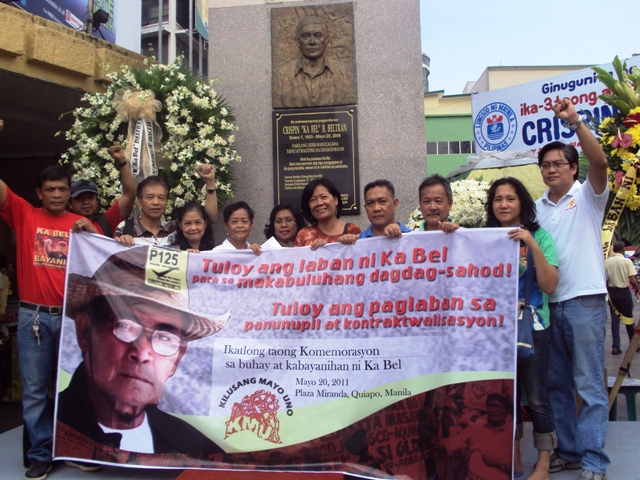 MANILA — Members of his family and various progressive peoples organizations commemorated the third death anniversary of Crispin ‘Ka Bel’ Beltran, a staunch labor leader whose death called attention to his remaining as poor and pang-masa, despite having been a barong-clad party-list congressman for more than two terms. 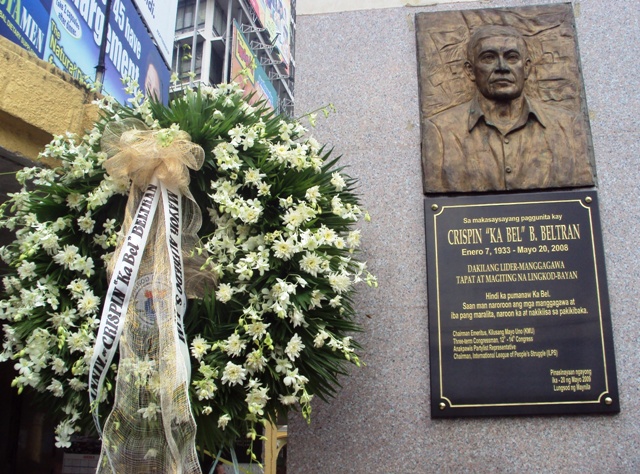 They held a short program May 20 at Ka Bel’s commemorative bust in Plaza Miranda in Quiapo, Manila. After that they marched from Plaza Miranda to Mendiola Bridge (now Chino Roces) with other sectors to press their demand for the passage of the P125 ($2.90) wage hike bill. In the evening they held a film showing about the life of Ka Bel as well as a program giving him tribute at the Bantayog ng mga Bayani in Quezon City.

Roger Soluta, secretary-general of labor center KMU which Ka Bel chaired for years since the late 80s, said their vow to advance the people’s struggle for their basic rights and for a significant wage hike is, in their belief, the highest tribute they can give Ka Bel. 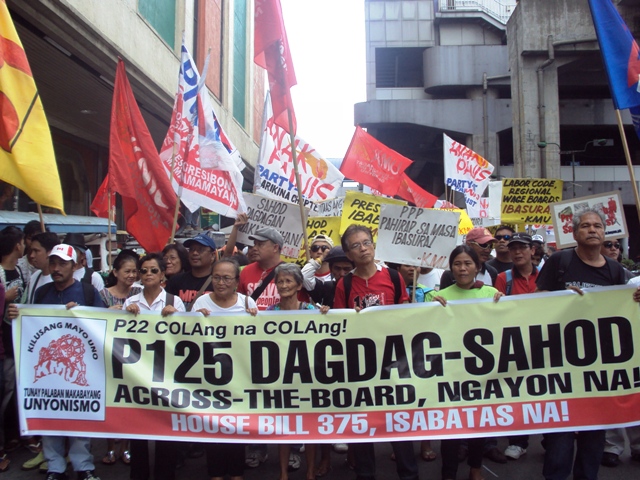 The labor center KMU denounced the Aquino government’s efforts to block once again the legislation of the P125 wage hike bill that Ka Bel first filed in 2001 when he was a Bayan Muna party-list representative. He subsequently refiled it in the succeeding reopening of Congress. Today, ten years after its first filing and three years after Ka Bel’s death, it still remains a bill. 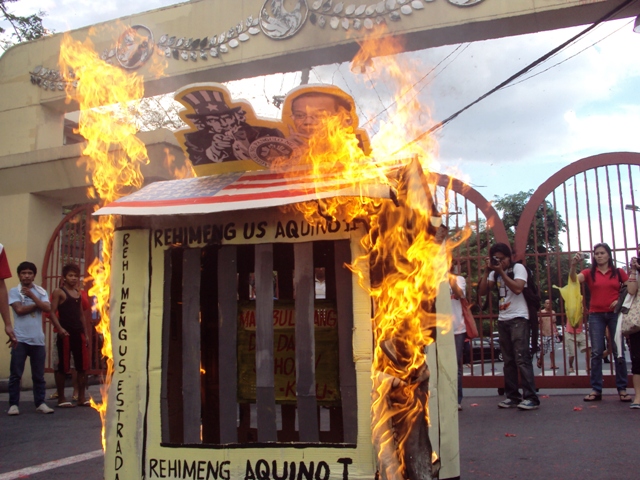 However, there is now a growing number of lawmakers expressing support of the P125 wage hike bill, sparking hopes among the groups honoring Ka Bel that maybe, at last, a substantial, across-the-board wage hike may finally be passed into law. (Photos by Randy Evangelista /