BACACAY, Albay — The massive cutting of old mangrove trees to give way to large tracts of fish-ponds for the benefit of just a few operators continue to deprive small fisher folks of their livelihood here.

“These not only destroy the environment, it also pushes us deeper into poverty,” a resident of Cabasan village in this town told journalists as they attempt to help restore the mangroves near Cabasan port.

Residents said all efforts to rehabilitate the mangrove area are being undermined by the massive cutting of trees. Since 1995, some 20 hectares of mangrove have been reportedly converted into fish ponds.

“We cannot understand why the government is allowing the clearing of mangrove trees and conversion of marshland into fish ponds. What we know is that, on the contrary, we should have been planting and taking care of mangroves, said Ruben Barsaga, 55.

He said the government used to forbid the cutting of mangroves, especially since it embarked on a reforestation at the mangrove sites.

Barsaga, an operator of a motorized passenger boat who hails from Cabasan village, said he ferries passengers to Tabaco, Albay almost daily, passing through many mangrove sites at the mouth of the river.

He said the villagers have protested the conversion of marshlands into fish ponds several times because this does not only threaten the environment but also the people’s livelihood. 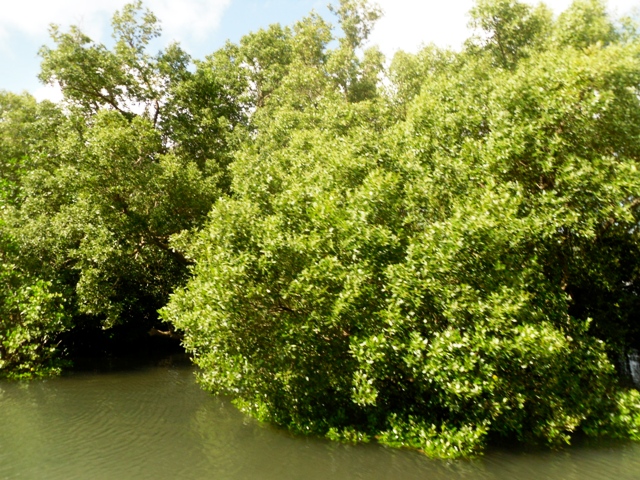 Part of the remaining mangroves in Albay (Photo by Lyn V. Ramo/ bulatlat.com)

According to Barsaga, the locals used to gather fish, shrimps, prawns, oysters, lobsters and crabs in the Cabasan marshlands. The government even planned to plant trees around mangroves, as these serve as natural protection from harsh winds and waves from the open seas.

“Now, we no longer benefit from that protection of the mangroves because, since 1995, these have been under the control of just a few individuals,” complained Barsaga.

He said a grocer, a lumber merchant and three other moneyed individuals from Tabaco are now controlling more than 20 hectares of marshlands, which they have converted into fish ponds.

Barsaga blames the fish ponds for the frequent flooding inland. Although some residents have earlier told us that the canals usually get flooded during heavy rains in nearby slopes, Barsaga said the rain water and high-tide water could not drain fast into the open river because of the fish ponds blocking the natural waterways. 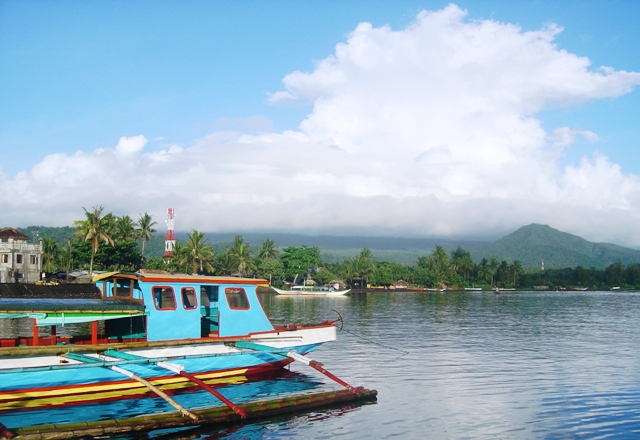 Village and town officials usually lead in cleaning and de-clogging canals and waterways in the province of Albay. It is part of their adapting to climate change and their strategies in reducing risks of disasters under Gov. Joey Salceda.

Called “Linis Kalog,” the clearing of canals of any debris will hasten the drainage of water and other fluids from volcanic activities, thus preventing floods.

Albay is a one-stop shop for disasters, as Salceda earlier described it. To urge people to act on their situation, the provincial government has food-for-work because they have to get the equivalent pay for their menial work, he said, at least food-on-the-table fare so that those who work are assured that there is something to bring home to their respective families.

The villagers of Cabasan, however, still experience frequent flooding especially during heavy rains, despite frequent “Linis Kalog” in the village.

“If they had not removed the mangroves and installed fish ponds in its place that now block the waterways, there would have been no floods,” said Barsaga, stressing that the water even breaches the dike that the locals had built to double as a raised walkway from the mini-port.

The Philippine Network of Environmental Journalists (PNEJ) was in Albay to commemorate the June 5 World Environment Day, with an anniversary meeting, climate issue discussions and hands-on activities that included a mangrove tree-planting activity in Bacacay town.