“Lightning of that magnitude encourages the growth of mushrooms,” said Annie Cosi-Ngitew, a 28-year-old mushroom grower. After each thunderstorm, she would harvest around five kilos of oyster mushrooms from her mushroom laboratory farm in Ambiong, Baguio City.

Saying she has many experiences of these even with her still limited business of growing cultured mushrooms, she affirmed that there is truly something in the folk practice of looking for these fungal growths the morning after a thunderstorm.

In the Cordillera, village people still look for mushrooms in burned down slopes or in areas where there are rotting banana stalks or bamboo poles.

In a remote village in Dalupirip, Itogon, villagers usually harvest mushrooms even from paved roads. They call these white stone-like mushrooms “bu-o.”

The Center for Environmental Concerns (CEC) explained that it is the presence of more nitrogen after a thunderstorm that encourages growth of mushrooms. Naturally occurring nitrogen is plentiful near decaying trunks of trees. 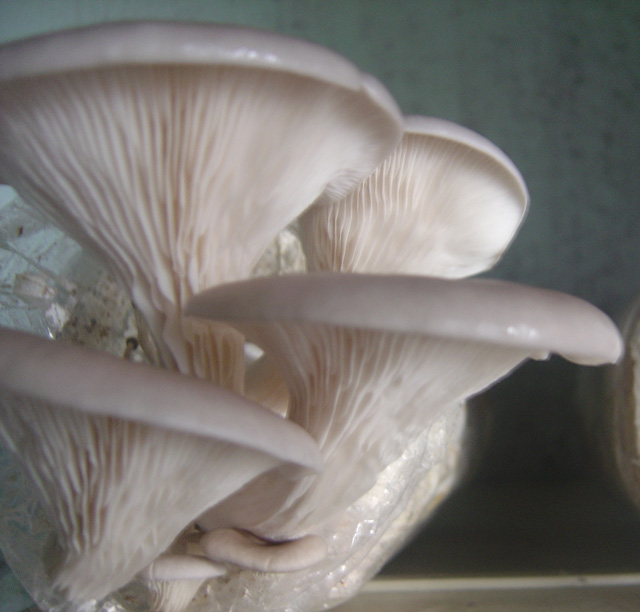 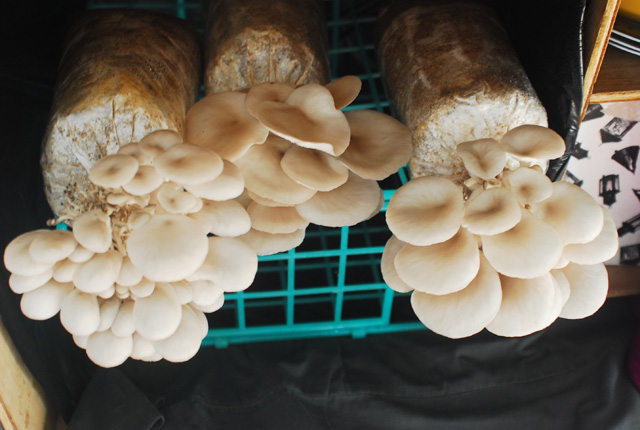 But the commercial production of mushrooms does not rely on lightning. In Annie’s experience with mushroom culture, a fluorescent lamp is enough to facilitate growth of the substance that is not considered as plant or animal, but is called instead as a fungus.

Annie and her husband Abraham started mushroom production since March this year. They are among the few couples in the Baguio-La Trinidad area to have entered the industry.

“We have not saturated the market yet,” said Annie, referring to the large demand for mushrooms.

She has tried producing shitake, button and oyster mushrooms and she swears that some of the demands for mushroom are still unmet.

Both graduates of Agriculture from Benguet State University (BSU), Annie and Abraham started their then separate agri-business ventures after college. He went into vegetable production while she started growing mushrooms. She gets her culture bags from local producers. Both licensed pathologists, they later merged capital to start a mushroom culture business right in their backyard, using the basement of a building for growing mushrooms.

With a little financial assistance from the Department of Labor and Employment (DoLE), the couple purchased materials to make an autoclave that is used for sanitizing the materials that would later receive the spawn. Local machinists helped them with the design and actual production of the machine, which they described simply as “a giant pressure cooker.”

The planting medium consisted of two sacks of rice hull for every eight sacks of sawdust. Afterward, they add three percent lime to check the acidity of the medium. These they mix using a shovel, then they bag and later “cook” it to disinfect the whole thing. When the medium has cooled down, spawning and incubating are both achieved with the use of ultra-violet (UV) light, in a laboratory, also within the premises.

Later the couple hangs these bags. Misting happens in the mornings and evenings, but during warmer days, it could also happen at noon.

The Ngitews follow a specified height and spaces in-between the piles, consisting of 14 bags on top of one another in a seven-foot high platform. They see to it that everything is clean and free of any contaminant, lest the spawn “dies” and no mushroom would appear.

“If the contamination occurs at the spawn-production stage, everything would be wasted,” Annie confided. She said she had experienced this before and she threw everything into the compost pile. She gets her spawns from reputable sources, mostly from BSU, because the production of spawns for cultured mushrooms is just as tedious.

The bags start to bear mushrooms on the first week and after three days these are ready for harvesting. The next harvest comes after another week. The bags continue to grow mushrooms for five to eight months, depending on the volume of the first harvests, said Annie.

She delivers her mushrooms to market stalls, although a local restaurant operator has placed orders.

“I still could not close a deal with bigger food outlets because the production still dwindles,” she said.

A kilo of oyster mushrooms costs P160 in the Baguio City public market. It could be cheaper along the sidewalks but the quality is not as good as those that came straight from farms.

Ambulant vendors offer three to four oyster mushrooms with ampalaya or saluyot leaves at P20 to P25 depending on the mood of the peace-and-order sentinel who goes after them. “The more times an ambulant vendor is apprehended by the city’s “peace and order sentinel”, the costlier the vegetables become,” observed a local market-goer.