The new Ombudsman has her work cut out for her.

Three days after the appointment of retired Supreme Court Associate Justice Conchita Carpio-Morales as new Ombudsman, farmworkers of Hacienda Luisita want her to re-open the books on the infamous Hacienda Luisita massacre case.

Mesa said that after seven years, not a single government or armed forces official has been held liable for the massacre and or for the injuries sustained by hundreds others when elements strongly suspected of being members of the Armed Forces of the Philippines (AFP) and the Philippine National Police (PNP) opened fire on the farmworkers manning the picket line in front of the sugar mill Central Azucarera de Tarlac. The farmworkers were at the time holding a strike demanding that the management led by President Benigno Aquino III’s Cojuangco relatives proceed with negotiations for a collective bargaining agreement (CBA) and reinstate almost 320 members and newly elected United Luisita Workers’ Union (ULWU) officials who were fired for participating in the strike. 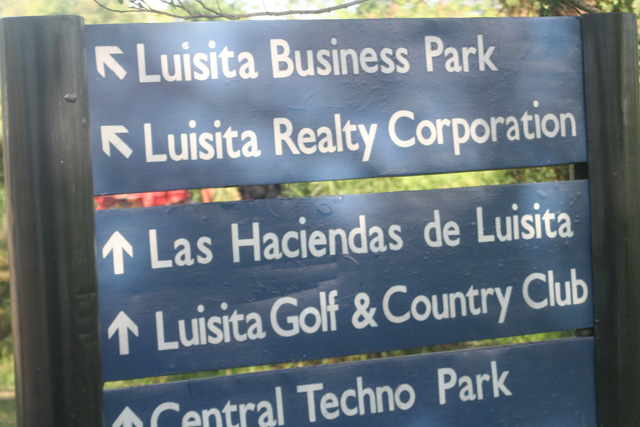 President Aquino announced Carpio-Morales’ appointment last July 25 as part of his second State of the Nation Address (Sona) . He said this was part of his administration’s campaign against “the corrupt and their accomplices.”

Mesa, who is also the secretary general of the Unyon ng mga Manggagawa sa Agrikultura expressed hope that the new Ombudsman would not be like her predecessor Merceditas Gutierrez.

“Gutierrez never took action on our case despite countless protests and filing of motion to re-investigate. She literally sat on our case and left the documents to gather dust in her office along with other cases we filled against her former boss Gloria Macapagal-Arroyo such as the corruption cases involving the fertilizer scam and the over-priced ice-making machines of the Department of Agrarian Reform (DAR),”he said.

“We hope that Ombudsman Carpio –Morales will make an effort and review the Hacienda Luisita massacre case. All this time those who should have been held accountable have remained free. Among those we want charged are Macapagal-Arroyo as the former commander-in-chief of the AFP; former labor secretary Patricia Sto. Tomas; former police Chief Edgardo Aglipay, former army Chief Hermogenes Esperon and of course the Cojuangco-Aquinos,” he said.

The peasant leader said that under Gutierrez, the Office of the Ombudsman was a virtually a “law firm for the Arroyos” because it shielded the former president from cases of massive corruption and human rights violations.

“None of the corruption cases filed against Macapagal-Arroyo and her officials ever prospered when Gutierrez was in office,” he said.

Mesa challenged the new Ombudsman to re-open the Hacienda Luisita massacre case, “Even if it means going against President Aquino in the process,” he said. 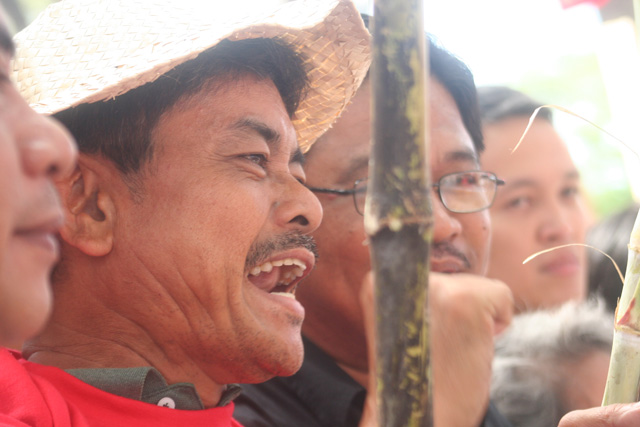 Ramos said there has been no significant movement on the case the KMP filed for the last seven years. They filed the plunder case against Arroyo, Jocelyn ‘Joc-Joc’ Bolante, and Luis Lorenzo.

“Carpio-Morales has all the documents at her new office. We hope she will quickly act to make Arroyo, the brains behind the fertilizer fund scam, and her cohorts accountable,” he said.

On the coco levy fund issue, the KMP expressed hope that Carpio-Morales would be consistent on her stance against President Aquino’s uncle, Danding Cojuangco. Ramos recalled that the former Supreme Court justice’s dissenting opinion calling the April 12, 2011 ruling of the high tribunal as “the biggest joke of the century.”

In 2003, the KMP along with small coconut farmers’ organizations filed a plunder case before the Ombudsman against the President’s uncle involving the 27 percent shares in San Miguel Corp. which the Supreme Court declared as public funds.

“These three cases are the litmus test for Carpio-Morales,” Ramos said.

In the meantime, the Alyansa ng mga Magbubukid sa Gitnang Luson (AMGL) went through President Aquino second State of the nation address (Sona) and said that not once were the words “land reform” mentioned.

The group noticed, however, that Aquino used the word “wang-wang” 18 times.

“This is the latest insult of Aquino to the Filipino farmers. It was as if we’re insects, insignificant and hardly worth mentioning. Aquino is fulfilling his role as an anti-peasant president, a landlord icon and defender of the Cojuangco-Aquino interest in Hacienda Luisita,” said Joseph Canlas, AMGL chairman.

“Aquino’s speech was very difficult to swallow, much less digest. He spouted facts and figures that really meant nothing when considered in the larger scheme of the Filipino people’s worsening poverty. His manner of speech was also unworthy of a president, he was more like a barangay chairman talking about minor economic developments and negligible achievements and the infamous ‘wang-wang,’” he said.

The peasant leader said Aquino used the word “wang-wang” 18 times but said nothing pertinent when it came to the welfare of farmers. The AMGL’s noted that Aquino mentioned the word “lupa” or “Land” twice; but did not mention “reporma sa lupa” or land reform even once. Neither did the president use the words “magsasaka,” “magbubukid” (farmers) once; or the phrase “Hacienda Luisita.”

He mentioned the word : “kahirapan” (poverty) once; “agrikultura” (agriculture) twice; “karapatan pantao” (human rights) once and “kalayaan” (freedom) also once; but he did not mention “kapayapaan” (peace) or “demokrasya” (democracy).

“Aquino talked about land, but he did not refer to land reform; he mentioned poverty but in relation to conditional cash transfer (CCT) scheme; his mention of agriculture was related to his development program copied from that of his predecessor; and he mentioned human rights when he referred to Bishop Palma of the Catholic Bishops Conference of the Philippines. He said that word “freedom” when he spoke about local government units (LGU),” Canlas said.

“He never mentioned us farmers, the majority among us Filipinos, especially Hacienda Luisita farmworkers, he has accepted that he is indeed an enemy of the Filipino farmers. House helpers are luckier than us as he promised them just wages and benefits,” he added.

Canlas also noted that Aquino yet again did not make any direct or decisive commitment to go after former president Arroyo and the corruption cases she was involved in. Neither did Aquino bring up the matter of human rights abuses that piled up because of the Arroyo administration’s counter-insurgency program Oplan Bantay Laya.