“It is the farmers, without any meaningful support from the government, who principally worked for a bountiful harvest. Even the so-called budget for irrigation cannot be claimed as government support because we’re the ones paying the exorbitant irrigation fees. Now, because the the government is giving measly funds for the national rice and corn program, we seriously doubt that high harvest yields can continue.” – KMP

MANILA — The Department of Agrarian Reform has more funds for tarpaulin and posters, and this, farmers group Kilusang Magbubukid ng Pilipinas (KMP) said, is downright insulting.

“The Aquino government is allotting measly appropriations for the DA’s [Department of Agrarian Reform] national rice and corn program. The DA is getting P53.7 billion ($1.248 billion) for 2012, but only P6.181 billion ($143.7 million) is being given to the national rice program. While farmers shoulder the high cost of production, the administration abandons its responsibility to subsidize rice and corn farmers across the country,” KMP secretary general Danilo Ramos said.

“This means that only P1.223 billion (US$ 284.42 million) was allocated for 4.35 million hectares of rice lands or a measly P281 (US$6.53) per hectare,” Ramos said. “The Aquino government is spending more for tarpaulins than for direct support to rice farmers.” 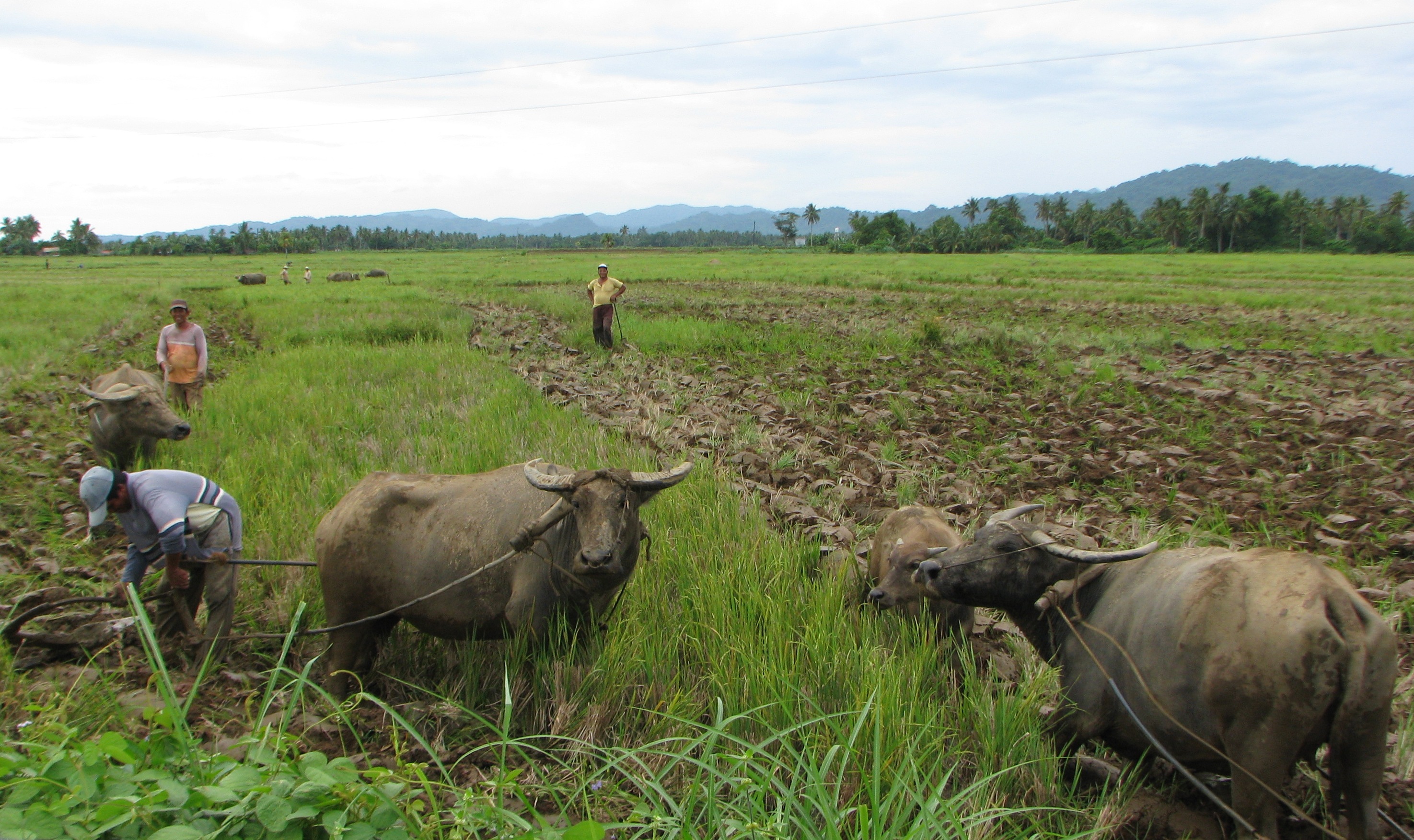 The KMP leader also said President Aquino cannot claim credit for the supposedly record high harvests in palay (unmilled rice) and corn in the first semester of this year and attribute it to improved irrigation.

The DA attributed the jump in production to the expansion of irrigated lands. It also noted that there was sufficient rainwater in the first half of the year to enable farmers in non-irrigated areas to plant rice.

“It is the farmers, without any meaningful support from the government, who principally worked for a bountiful harvest. Even the so called budget for irrigation cannot be claimed as government support because we’re the ones paying the exorbitant irrigation fees. Now, because the the government is giving measly funds for the national rice and corn program, we seriously doubt that high harvest yields can continue,” he said.

In a related development, the Alyansa ng mga Magbubukid sa Gitnang Luson (AMGL or Peasant Alliance in Central Luzon) and its provincial chapter Amgl-Nueva Ecija announced that they will launch a comprehensive campaign of protests against land grabbing in the region.
Based on the 2010 accomplishment report of the Comprehensive Agrarian Reform Program (CARP), nearly 96,000 Nueva Ecija farmers comprised some 36 percent of the farmer-beneficiaries in Central Luzon. They cultivate more than 41 percent or 169,000-hectares of productive agricultural lands.

Canlas said this trend of foreclosure and ejectment cases have been triggered by the government’s regional development program such as the “W-growth corridor” involving the construction of inter-connecting super-highways across the region.

“Nueva Ecija is the Philippines’ rice granary, but the Aquino government is continuing the destruction of productive agricultural lands through the implementation of CARP Extension with ‘Reforms’ (CARPer) and Public-Private Partnership (PPP) program,” Canlas said.

“We believe that the province’s dwindling rice production is a result of CARPer implementation, ejectment of farmers, increasing conversion of productive agricultural lands and the full privatization of hydro-electric dams that carelessly release water destroying rice crops,” Canlas said.

Canlas brought up the case of 142 farmers in Guimba town being ejected by the municipal and provincial agrarian reform office (MARO and PARO). Farmers from the villages of Manggang Marikit, Bagong Barrio and Yuson (Mambayu) are reportedly being harassed by elements of Guimba police and 81st Infantry Battalion of the Philippine Army.

According to the AMGL, the Mambayu farmers cultivate 100 hectares of land located in Manggang Marikit village that used to be part of Hacienda Daves since 1992. It was covered by CARP, but the Dept. of Agrarian Reform (DAR) leased the land to a cotton agro-corporation that went bankrupt. When the agro-corporation left, the farmers took over the land and made it productive.

“The Maro and Paro are now trying to eject the farmers as they have awarded the lands to ListaSaka group. They are now using the Carp and Carper provisions to eject the Mambayu farmers who have cultivated lands for nearly 20 years. We firmly believe that agrarian reform officials are in collusion with financiers related to the ListaSaka as the CARPer law gives them the right to dictate the price of the land to interested real estate developers and agro-corporations,” Canlas said.

Finally, the peasant leader said after two decades of the Carp’s implementation in Central Luzon, landlessness remains a problem.

Canlas said farmers groups would continue the campaign for the just resolution of the many agrarian cases in the province. We will raise the call for land rights, cessation of land grabbing, displacement and land use conversion. It is high time that
Aquino listens to the demands of Nueva Ecija farmers,” Canlas said.
Amgl and AMGL-NE demanded the end of foreclosure cases against CARP farmer-beneficiaries and immediate distribution of land and moratorium of government projects related to the Aquino’s PPP.?