You Are Here: Home → 2011 → September → 1 → Bayan Muna pushes for reforms for elderly, calls for free health services for the poor

Bayan Muna pushes for reforms for elderly, calls for free health services for the poor

Despite supposed efforts of the government to stamp it out, health statistics in the country continue to worsen as the most ordinary diseases and viruses like tuberculosis and dengue continue to claim lives. This has prompted the lawmakers of progressive party-list group Bayan Muna to propose free hospitalization for senior citizens as well as a mandatory 50 discount on all medical needs of children from poor families.

Bayan Muna Reps. Teddy Casiño and Neri Colmenares have filed House Bill 4712 which seeks to further amend the Senior Citizens Act of 1992. According to the lawmakers, senior citizens need additional and better benefits compared to what present laws provide them.

“Our senior citizens need all the help that society can give them especially since they can no longer provide for themselves. We want them to have immediate and free access to medical and dental services in the country’s government hospitals, as well as free hospitalization and confinement when they have a need for these,” said Casiño.

The lawmaker said in the proposal, the Department of Health (DOH), the Government Service Insurance System (GSIS) and the Social Security System (SSS) are tasked to ensure free health care for poor Filipinos, particularly the elderly.

Casiño cited information from the DOH saying that the increase in demand for health services comes with the rise of the aging population. The agency cited a study which claimed that senior citizens are heavy consumers of personal or private health care. This directly means that most elderly citizens are forced to shoulder their own health expenses.

“The current privileges that senior citizens deserve after having worked hard and helped in building our nation during the prime of their lives do not give indigent seniors access to the medical, dental and other hospital services of the government. HB 4712, if passed into law, will expand government health care services and address the plight of a significant portion of our population,” Casiño said. 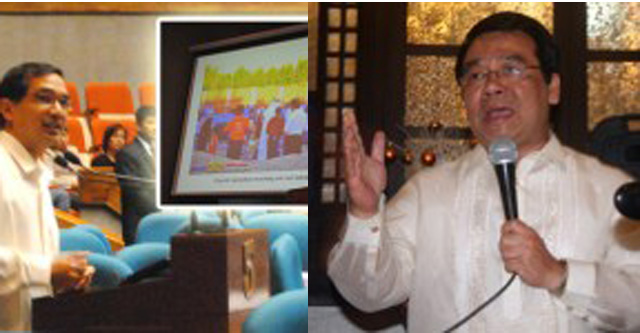 Data from the National Statistics Office (NSO) place the number of senior citizens in the country at 5.8 million – about 6.5 percent of the population as of 2010.

In the meantime, based on government data analyzed by Trading Economics, an international online database, the population of working senior citizens had rapidly increased from a relatively stagnant 5.6 percent in the 1990s, to 6.8 percent in 2008.

“Statistical realities like these all the mores justifies the necessity of providing free hospitalization for indigent senior citizens. We are fully in support of moves to improve the Senior Citizens Act and to carry out its objective to ensure that the country’s senior population attains a more meaningful and productive life to fully participate in society. It is definitely the state’s responsibility to give back to our senior citizens — especially those who are from poor families, ” Casiño said.

Even the not-so-impoverished section of the elderly pay taxes

Earlier in 2010, former president Gloria Macapagal-Arroyo signed and passed into the law the Expanded Senior Citizens Act (ESCA), but the law, critics said, is still lacking when it comes to easing the elderly population’s economic burdens. The section of the elderly affected directly may not be impoverished, but it still rankles how the elderly are still required to pay huge taxes.

The Bureau of Internal Revenue has already clarified that even with the ESCA in place, earnings of senior citizens are still subject to taxation even if they are granted 20 percent discounts on their purchases of a wide range of goods and services.

In the revenue regulations implementing the ESCA, an elderly individuals “deriving compensation or otherwise are required to file their income tax returns and pay the tax as they file their return.” Elderly citizens are considered like any other taxpayer in the sense that they are exempted from filing returns and paying taxes if their gross earnings do not exceed the minimum wage, or if their incomes do not exceed their personal and additional exemptions.

The bad news is that the income tax exemption does not cover passive earning, such as the 20 percent final withholding tax on interest from bank deposits, trust funds, and similar arrangements. The elderly are also required to remit the 10 percent final withholding tax on cash or property dividends from a domestic corporation or from a joint stock company, insurance, or mutual fund. Neither are they exempted from paying capital gains tax from the sale of shares of stocks and real properties.

Finally, a provision that cuts across the economic sections of the elderly sector: water and electric bills are not covered by ESCA.

International Day for the Elderly

The United Nations marks October 1 as the the International Day of Older People and annually the body supports a global campaign calling for recognition and support of older people’s vital contribution to society. According to data from the Coalition of Services for the Elderly, while it is true that there are a number of bills pending in both houses to increase discounts on transportation, restaurants, entertainment and health care, the urgency of the moment is for a social pension for the poorest of the poor among the elderly. Every country in Asia including Bangladesh has a social pension for poor older people. Only the Philippines has no social pension.

In the meantime, data from 2008 state there are some seven million Filipinos over 60, with elderly women being more than men and are most vulnerable.

According to reports from the Cose, since 1995, Congress has appropriated one percent of the budget for the elderly and disabled. The one percent would be more than adequate to provide a social pension for the poorest among the elderly who number around two million as of 2010.

Government health statistics also reveal that Filipinos 60 years old and older account for 49.1 percent of all deaths in the country. The mortality rate among older persons ranges from double to 12 times that for all age groups.

“Now is the time for change. By 2050 one in five of the world’s population will be over the age of 60. Governments must start investing in and supporting older people now or their huge potential to build a better future for families and communities will not be realized,” Casino said.

Related to this, Bayan Muna also filed House Bill 4125 that allows a 50 percent discount for all medical and dental needs of poor children in all government hospitals in the country.

“We want to lower infant and child mortality rates as a form of immediate relief to the majority of underprivileged and health-deprived Filipino children,” Casiño explained.

Available DOH data reveal that infectious diseases still account for more than half of the 10 leading causes of child mortality across three different age groups, namely one to four years, five to nine years, and 10 to 14 years old.

HBs 4712 and 4125 are currently pending with the Committees on Population and Family Relations, and on the Welfare of Children, respectively.