MANILA – Braving threats that their franchises may be revoked if they launched a transport strike, public utility drivers and small operators of jeepneys and FX/AUV, supported by urban poor groups, workers, health workers, women and youth, migrants and peasants in the provinces, staged a transport strike today in Metro Manila and various cities in other regions. 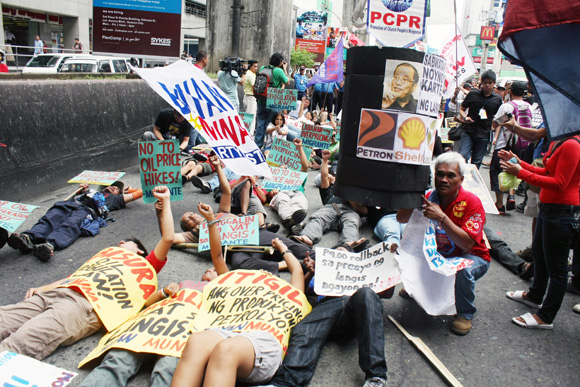 As of high noon, varying estimates said that the strike in Mindanao succeeded to stop public transport by at least 60-percent in Surigao City and Malaybalay City, 80-percent in Iligan City, 90-percent in Valencia City and in General Santos City, 92-percent in Davao City, 95-percent in Digos and Butuan, and as much as 98-percent in Cagayan de Oro.

Reports are still pouring in but as of high noon, even the members of ACTO transport federation, one of those whose leaders retreated from the planned strike, were reported to have joined the PISTON-led strike in Isabela. Others in Metro Manila also reportedly joined in. 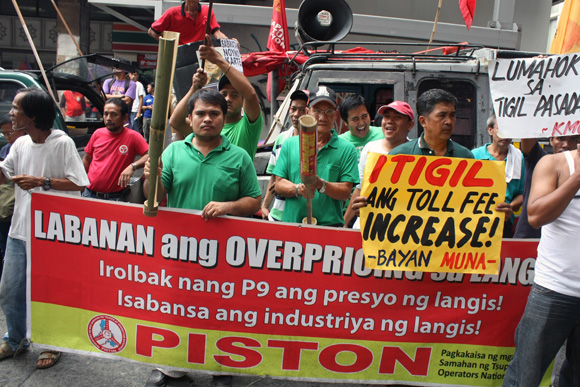 In Batangas, drivers groups who are not allied with Piston reportedly supported in other ways, for example by holding a “sympathy strike” from 12-noon to 3pm in Lipa City. In Tanauan City of the same province, the strike began as early as 7am. Farmers and workers groups in the area joined the rally in support of the strikers’ calls to roll back oil prices by at least P9, investigate the oil overpricing of the oil companies especially the Big Three, scrap the Oil Deregulation Law and VAT on oil products and toll fees. 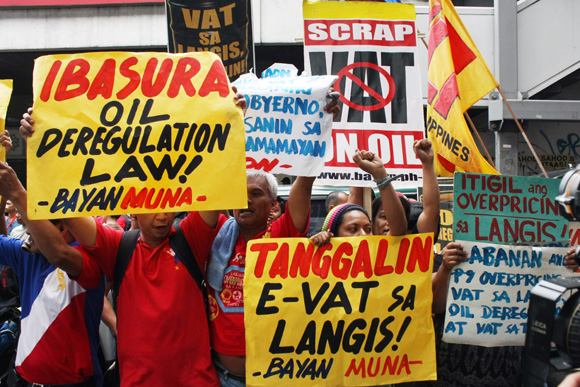 The group Bagong Alyansang Makabayan (BAYAN) in Batangas praised the resolute stand of PISTON (Pagkakaisa ng mga Samahan ng Tsuper at Opereytor Nationwide) on the oil issue, which the multi-sectoral alliance said is “a national issue.” 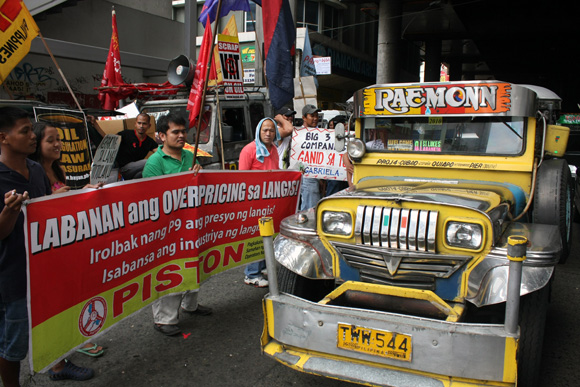 The government response, aside from issuing threats of franchise cancellation, has been to militarize the urban streets. The Aquino government deployed 17,000 fully-armed elements of the Armed Forces of the Philippines and the Philippine National Police, along with “libreng sakay” (free ride) from military trucks and hired buses. These do not yet include the “sidewalk clearing-up operations” deployed by the Metro Manila Development Authority (MMDA), and the security and traffic officers of local government units. 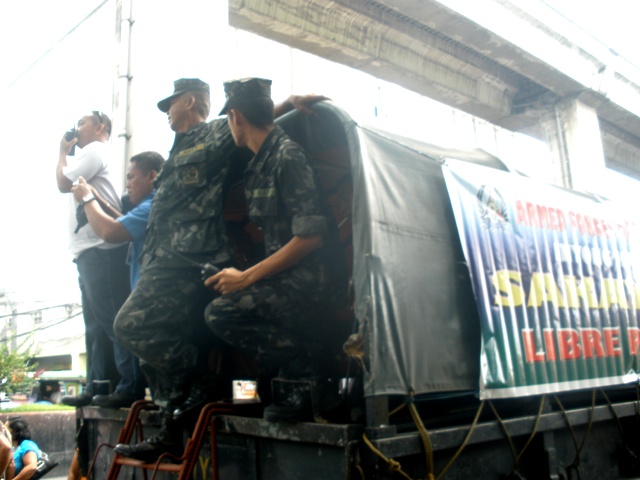 The MMDA also helped to increase traffic by suspending the coding system during the transport strike, so that by evening after the transport groups had lifted its strike, MMDA chairman Francis Tolentino said that the strike has failed, citing the heavy traffic caused by private vehicles as “proof.”

DOTC Secretary Mar Roxas visited the mass-up center in Cubao in the morning, reportedly to tell the striking transport groups and their supporters that he went there to show that the government is recognizing their rights. But he asked the youth groups engaged in “planking” not to “further disrupt everyday life.” 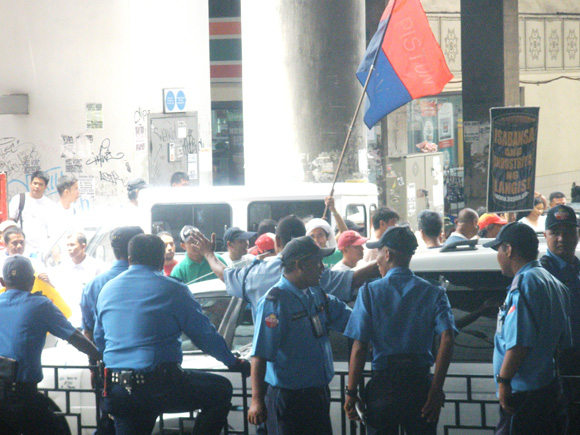 George San Mateo, secretary-general of PISTON, said that the government’s response only proves that it cannot ignore the people’s protest. He told bulatlat.com as of noon today that indications showed the Sept 19 transport strike is a success not only because of the participation of transport and peoples’ groups, but because the public has been more understanding and supportive.