Critics dare Aquino to turn ‘Mine Safety Week’ into reality

MANILA — On the first day of the “celebration” of Mine Safety Week, representatives of Filipino farmers and indigenous peoples, scientists and environmentalists, expressly distanced themselves from the government celebrations and instead held protest rallies across the Philippines against what they described as liberalized, plunderous mining, which also often comes with brutal militarization. 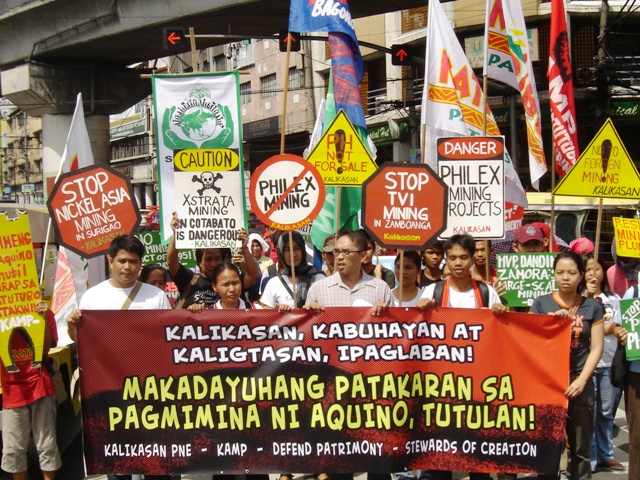 In Manila, the protesters marched to the Mendiola Bridge (now Chino Roces) and held a brief program there. They condemned “the continuing environmentally destructive impact to communities and key ecosystems attributed to foreign mining companies.” They unfurled an image of what they said as real “righteous path,” a paved road to national industrialization and an end to destructive, extractive and largely foreign-controlled mining. 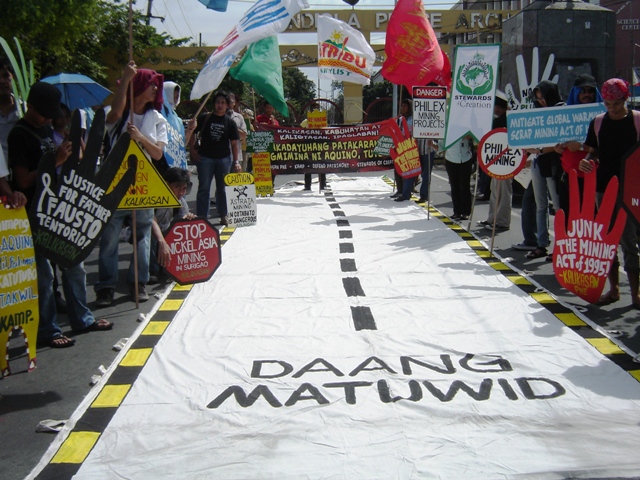 By celebrating Mine Safety Week, “Aquino just wants to make a show as if the Mining Act of 1995 is still good and functioning despite protests and the very ugly effects of large-scale mining,” Pulvinar added. 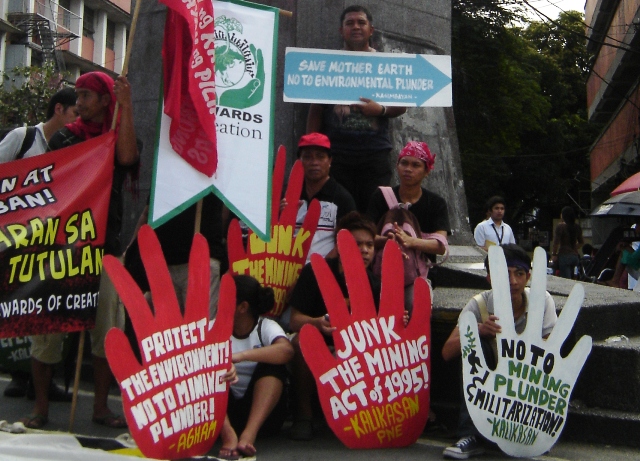 In fact, mining companies operating in the Philippines are being forced to “spend huge amounts of money now to convince the people about the fictitious goodness of mining, precisely because the people’s consciousness and protests against the destructive large-scale mining have intensified over the years,” noted Renato Reyes, secretary-general of Bayan (New Patriotic Alliance), at the environmentalists’ rally in Mendiola. 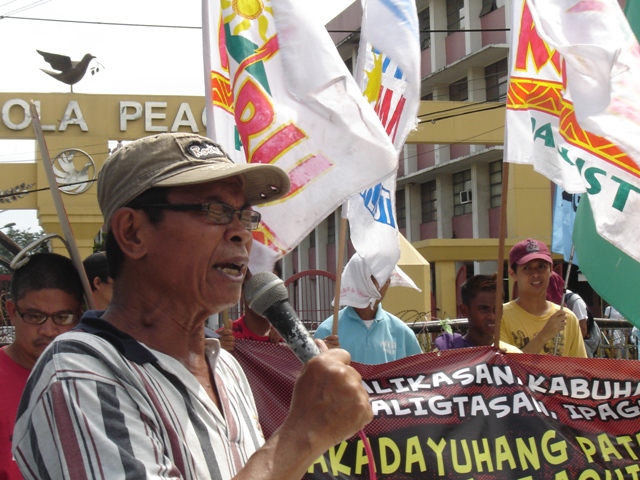 “No matter how splendid the celebrations of both Malacañang and the Chamber of Mines are, it can never fully hide the fact that hundreds of thousands of hectares of forest lands have been destroyed by the mining operations of large mining companies operating in Palawan, Surigao, Samar, Marinduque, Masbate and Negros,” said Bautista of Kalikasan. 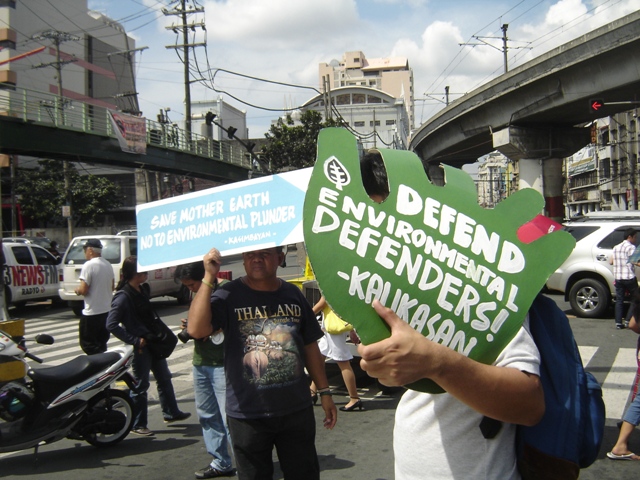 Most anti-mining activists also decried how millions of hectares of Philippine lands are now being owned by foreign and private mining companies.

“Wherever you go in the Philippines, there are foreigners who have insolently seized ownership of our lands and are now plundering its natural wealth such as minerals,” said Bautista. He cited as example the MRL Gold in Batangas, Xstrata in Cotabato and TVI in Zamboanga. 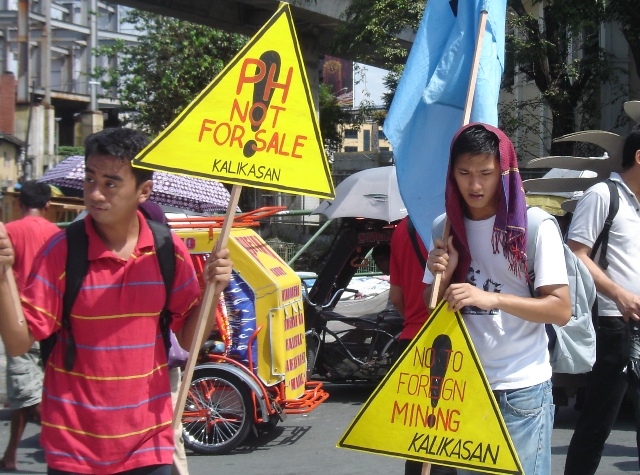 Rather than addressing all these reported massive resource grab and environmental disasters that dislocate and victimize Filipino farmers, fisherfolk and indigenous peoples, Aquino has only fast–tracked the approval of pending mining projects as soon as he became president, Bautista lamented.

And yet, even the dangers posed by mining to environment and people’s livelihood have brought little compensation. Even the government data showed that mining contributed little to the Gross Domestic Product (its share in 2010 GDP reportedly rose by just 0.1-percent from 0.9-percent in 2007), noted Kakay Tolentino of Katribu Partylist. 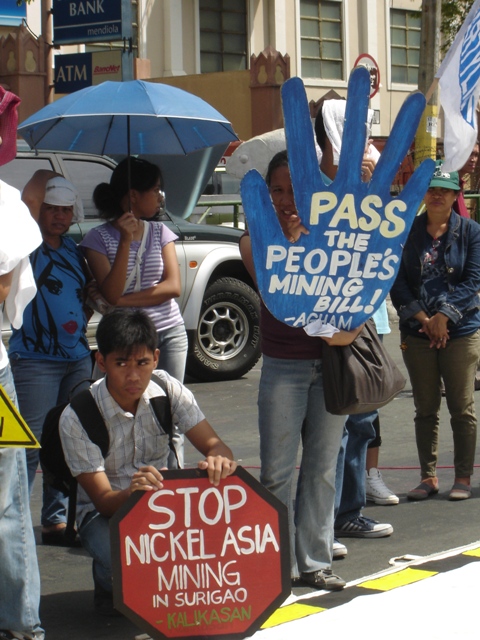 The Katribu Partylist challenged the Aquino government to truly implement and promote safe and responsible mining by scrapping the present mining law and passing the peoples’ mining bill. The Peoples’ Mining Bill (HB 4315) proposed by Bayan Muna Partylist in congress reportedly aims to reorient the current mining policy and reverse the liberalized mining industry. The bill is proposing to reorient the mining industry toward being “pro-people and pro-environment,” which also upholds and respects “not only the peoples’ right but also the country’s national patrimony.”

(Text and photos by Marya Salamat)