MANILA – Department of Health (DOH) Secretary Enrique Ona is homophobic. Or at least his comments at a recent convention were.

During the convention that gathered AIDS prevention workers, Health Secretary Ona reportedly suggested that parents should rein in their homosexual children and have them tested. This immediately elicited angry hoots and whistles from AIDS activists.

“We want Ona ousted. Bigots do not deserve high government posts, and more so, he should not serve as chairman of PNAC if we do not want his unscientific biases to taint the good work of our unsung AIDS prevention heroes nationwide,” said Marlon Lacsamana, the founder of the Philippines LGBT Hate Crime Watch

“We’re wasting our hard-earned taxpayers’ money on homophobes as he is undoing decades of evidence-based prevention practices that aim to encourage homosexuals and transgenders to voluntarily seek testing, counseling, and treatment. Ona’s words will drive LGBTs away from HIV programs and make us so vulnerable to infections,” Lacsamana said. 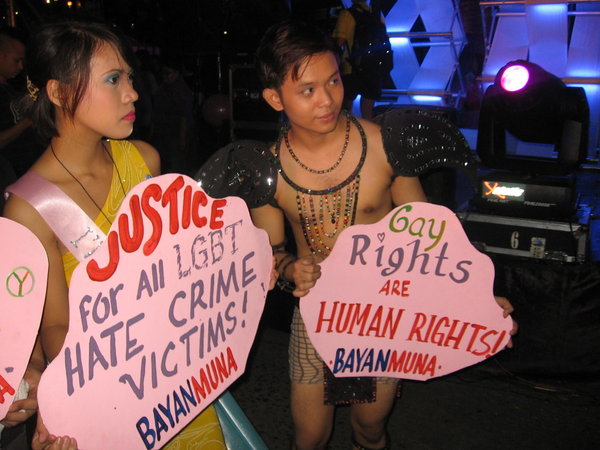 Last December 3, LGBT activists and supporters held their annual pride march at the Remedios Circle in Malate, Manila. This year’s theme was “Pride of the Orient” to commemorate the country’s achievement of holding the first pride parade in Asia 17 years ago under the leadership of the Progressive Organization of Gays in the Philippines (ProGay).(Photo courtesy of Charlotte Despuez / Bulatlat.com)

Oscar Atadero, human rights officer of the Progressive Organization of Gays in the Philippines (ProGay) said it was regrettable that Ona made his remarks when the World AIDS Day theme this year is about “Getting to Zero.”
The global call by the United Nations for “Zero New HIV Infections” is designed to ensure that most at risk populations (MARPs) get much improved access to treatment for all. The DOH said 7,884 people have been infected with HIV since 1984, including 937 AIDS cases.

The Philippines remains one of the countries with punitive anti-gay laws, such as the Anti-Vagrancy Law, and rampant violence against LGBTs inflicted by police and village security forces. The UN points out that these anti-LGBT policies prevent homosexuals, transgenders, and their partners from accessing life-saving information and treatment.

“ It promotes bigotry and could bring about a surge of hate crimes against homosexuals. We urge the health secretary to recant his statement and issue an apology to the LGBT community.”

“Testing for HIV-AIDS should be voluntary and the call for testing and responsibility should not zero-in on a specific sector of Philippine society. Ona’s statement practically makes homosexuality synonymous to HIV and AIDS. It is such a shame that this should come no less from the country’s health secretary,” said Ilagan.

She went on to say that Ona’s statement only reveals how deeply-rooted discrimination against the LGBT community is to this day and should prompt the immediate passage of anti-discrimination bills pending in Congress.
Ilagan is co-author of HB 1483 or the LGBT Anti-Discrimination Act and HB 4653 Creating the National Day Against Homophobia and Transphobia and has filed HR 1460 to look into the prevalence of LGBT killings and hate crimes.
“It is our mandate to put in place policies that will help protect those most vulnerable to the violence brought about by bigotry. Let us work to expedite the passage of measure to address discrimination against LGBTs,” she said.

“While laws of the land trumpet gender equality between men and women, there are no specific laws that define or expressly protect sexual orientation and gender identity, and define what constitutes discrimination against LGBTs. As a result, educational institutions and workplaces have formulated and implemented policies that are discriminatory, while LGBTs have limited legal and administrative protection against various forms of discrimination on the basis of sexual orientation or gender identity,” the group said. 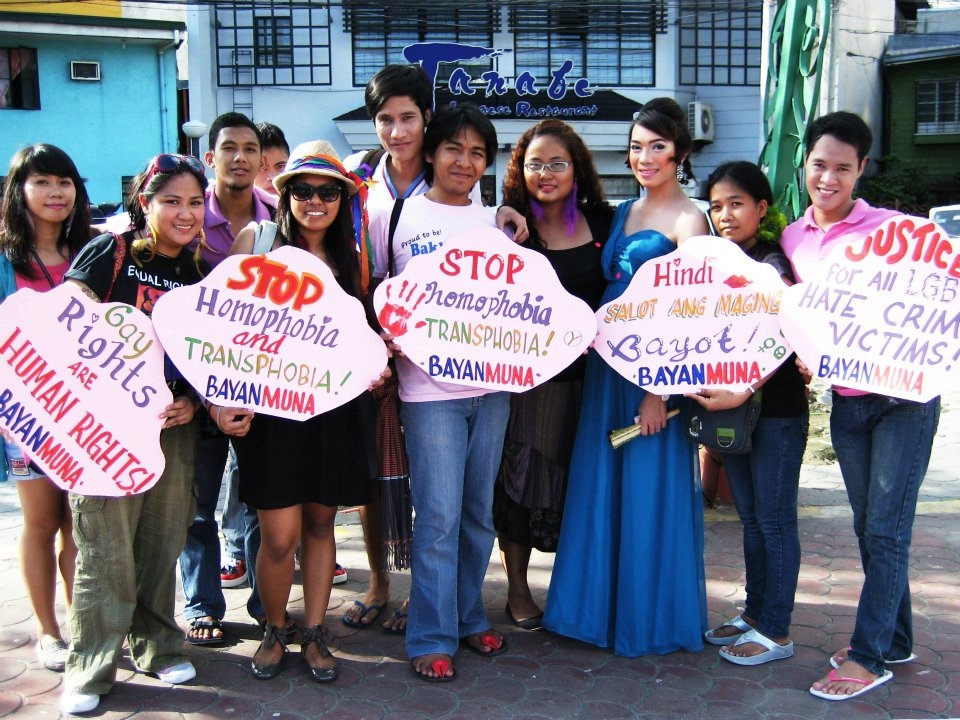 Kabataan Party-list has already filed a dual measure in the form of House Resolution no. 1333, which seeks to investigate various forms of discrimination experienced by LGBTs in educational institutions, and House Bill no. 5512, which seeks to integrate in the curriculum of all education institutions and levels age-appropriate lessons on education on sexual orientation and gender identity and gender rights, equality and welfare.

“The education system in the country generally remains to be sexist and homophobic as many schools implement rules and regulations that force LGBTs to suppress their sexual orientation and gender identity. Such discriminatory rules and regulations, among many other factors, prevent the development of the LGBT youth inside and outside the academe. There is indeed a pressing need to create measures that will allow, not hinder, our LGBTs to realize their full potentials as members of the society,” the group said.

Last December 3, LGBT activists and supporters held their annual pride march at the Remedios Circle in Malate, Manila. This year’s theme was “Pride of the Orient” to commemorate the country’s achievement of holding the first pride parade in Asia 17 years ago under the leadership of the Progressive Organization of Gays in the Philippines (ProGay) and the Metropolitan Community Church of Quezon City (MCCQC).

?According to Ron de Vera, More than 70 organizations paraded through the streets of Malate.

“ It was an odd mix of political and religious organizations, support groups of people with disabilities, human rights groups, and organizations of atheists and polytheists. But that Saturday, it didn’t matter much what my political ideology was. Different political organizations shouted the passage of different bills but demanded the same thing, an end to discrimination. That Saturday, my religion, or lack thereof, was hardly an issue. There were pagans, Christians, atheists, polytheists, holding different beliefs but longing for the same thing, unconditional acceptance,” he said.

In the meantime, Last Nov.30, the LGBT Hate Crime Watch, in partnership with Bayan Muna Partylist, Gabriela Women’s Party and the House Committee on Gender and Equality, spearheaded the forum, “The Struggles of the LGBT Filipinos: A Look into the Prejudice and Hate Crimes that LGBT Filipinos Experience”.