Residents of Iligan City got no help from local and national government. Where did the hundreds of millions of pesos in donations received by the city government and the Dept. of Social Welfare & Development go?

By INA ALLECO R. SILVERIO
Bulatlat.com
ILIGAN CITY–Three months after Tropical Storm Sendong (international name Washi) hit Mindanao’s northern provinces, residents of the most affected areas such as Iligan City and Cagayan de Oro City have yet to fully recover from the devastation brought about by the typhoon. According to the February 7 report of the Regional Disaster Risk Reduction and Management Council (RDRRMC), Region 10, a total of 69,666 families with 384,431 members were affected.

Of this figure, 47,009 families comprising 281,740 individuals are from Misamis Oriental. Further breakdown of the victims from Misamis Oriental revealed that 38,071families with 228,576 members are from Cagayan de Oro City (CDO), while the rest come from eight of its municipalities, namely: Lugait, Manticao, Naawan, Alubijid, Opol, Tagoloan, Villanueva, and Kinoguitan. 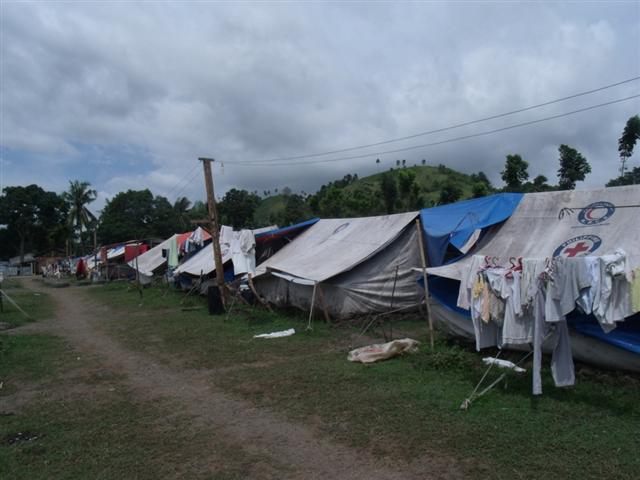 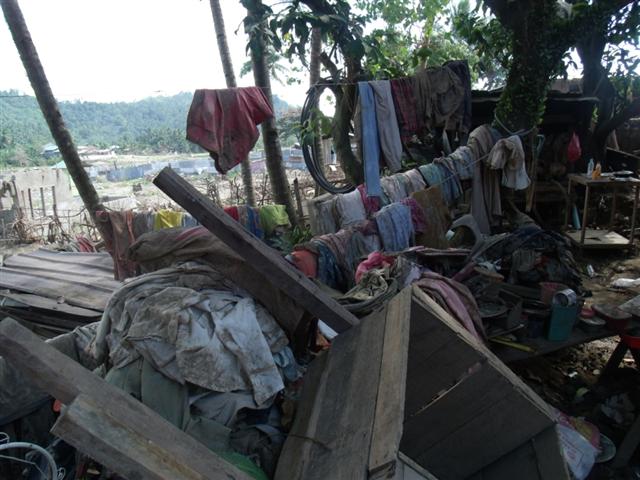 Figures from Iligan City revealed that 20,249 families with 90,285 members were affected. Affected residents in Bukidnon belonged to 2,408 families (12,406 members) from Valencia City and the towns of Baungon, Libona, Malitbog, Cabanglasan, Manolo Fortich, Talakag, and Impasug-ong.

As of March 14, there are still evacuation centers in both provinces Misamis Oriental and Lanao del Norte. It is still uncertain what happened to the internally displaced persons (IDPs) who , as of last count by the RDRRMC, numbered 46,245 families with 262,682 members.

The situation in Iligan

The house of Yamcy and Johnamae Diaz was all but destroyed by Sendong. When the killer typhoon struck in the hours near midnight on December 19, the young couple and their two-year old son Cyrus John immediately evacuated the area. They said they immediately saw how the water was quickly rising so they placed their son inside a Durabox container (a cabinet for clothes made of plastic) and packed a small bag they filled with necessities. By the time they exited their small house, the water level had reached their necks. 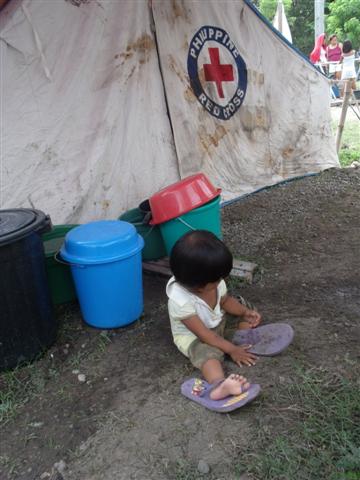 “We pushed the makeshift boat with Cyrus John in it. We alternately dog-paddled and floated, always trying to get near the tallest trees that still weren’t submerged under the quickly-rising water. The backpack I had hurriedly stuffed with a few clothes and personal items became too heavy for me so I let go of it. All that mattered was getting our son to safety,” said Johnamae.

The entire family was able to swim to safety and eventually ended up in the nearby school where their other neighbors had also taken shelter. For the next three days, the school turned evacuation center became their home. The PRC and other humanitarian groups that rushed to the aid of the affected families of Iligan gave them food packages as well as blankets.

Yamcy, in the meantime, was determined to check on the house that they left behind.

“It was not much, but it was ours and if there was any chance that anything could be recovered, I wanted to take it,” he said.

Everyday for the following three days after Sendong left and the flood waters began to subside, Yamcy returned to Purok 12. He saw that the basic structure — the skeleton — of their house had survived, but the roof was gone and many of the walls were damaged. He began to clear the house of mud and debris, and salvaged whatever he could from his immediate environment.

As soon as they finish rebuilding their house with the help of relief agencies, Yamcy said, he will go and look for work because he had been unemployed for the last three months. Before Sendong struck, he worked in the market for one of the fish sellers. He carried tubs of fresh fish from the delivery vans to the businessman’s stalls in the market.

“After Sendong, not too many people wanted to eat fish. People were worried that the fish being sold in the markets might have tasted and even eaten bodies of people who died in the floods. The businessman I worked for closed shop, and all of us, his workers, were rendered jobless,” he explained.

The family now mostly relies on donations and the assistance of relatives who still have money to spare and lend. While grateful for the donations of instant noodle packets and canned goods like tuna, sardines and the occasional tinned meatloaf, the Diazes are justifiably worried that the almost unchanging diet is bad for their little boy. Whenever they can afford to, they buy vegetables like kangkong (water spinach) and malunggay (moringa) to supplement the rice rations they receive from humanitarian relief organizations. They are able to buy meat and fish only occasionally, and always with borrowed money. 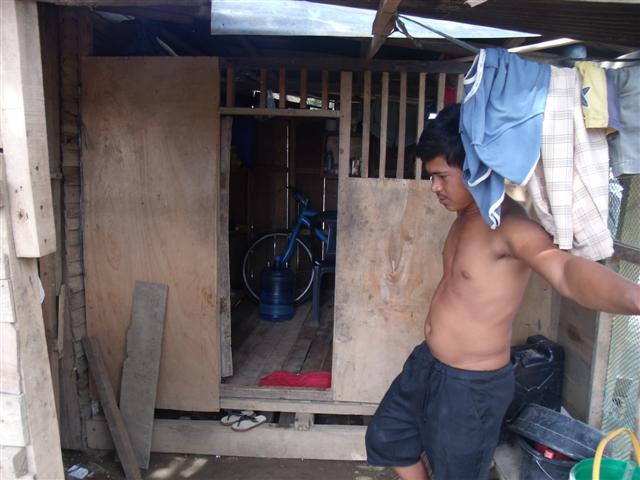 Yamcy gestured to the soil in the backyard of their small house.

“I want to clear this area and plant vegetables here. Tomatoes, eggplant, beans are very easy to grow. If we had seedlings, my wife and I as well as our neighbors could begin planting small crops for our own consumption,” he said.

Johnamae, in the meantime, wistfully wants to reopen a store. ?

“I used to run a small store before Sendong. Everything in the store disappeared in the flood, and for a while I really felt bad about it. Maybe one day when Yamcy has found stable work I could start over again,” she said.

Food and cash for work programs

When asked if the local and national governments have done anything to help the residents of Purok 12, Yamcy ruefully shook his head. He said he was not really aware of any efforts the government was doing.

“There was a ‘food for work’ program and another called ‘cash for work,’ but they didn’t last long and not everybody was given opportunities to participate. It was a three to five day-scheme, I was told. Work for three or five days and be paid P200 ($5) every day, or get food packages. The problem was each man was only allowed to register with the program once and that was it,” he said.

In a report in the Philippine Information Agency dated Feb.16, it was stated that the Department of Labor and Employment implemented the emergency employment program Yamcy described.

The program was first implemented on February 6, with each worker being given P215 ($ 5.12) per day for 15 working days. They were provided with working tools like shovels, rakes, and wheelbarrows which were to be returned after the completion of the clean-up operations in the evacuation centers and public areas. The local government admitted that there were problems with the clean up of the dirt, mud and garbage in the heavily-affected areas so the authorities came up with cash for work program.