People’s organizations and green groups accuse the Aquino government not only of reneging on its promise to pursue renewable sources of energy but also of contriving the power crisis in Mindanao to railroad the construction of coal-fired power plants.

MANILA – A multi-sectoral rally in Davao marked the ongoing power summit today as various people’s organizations expressed doubts over the motives of the stakeholders in the said summit. “It is more advantageous for the people and the economy of Mindanao to harness renewable energy sources,” said Juland R. Suazo, spokesperson of Panalipdan, a broad alliance of environmentalists and people’s organizations in Southern Mindanao.

So far though, based on the Aquino government’s actions in response to the Mindanao power crisis, harnessing renewables does not seem to be its priority. Instead, the Aquino government and some energy capitalists are seen as railroading the approval of coal-fired power plants and further privatization of existing power plants, all of which have long been rejected by people of Mindanao.

Today’s ongoing summit has also been preempted by what environmentalists described as “hasty” approval of coal power plants. The construction of at least three is now reportedly being fast-tracked, to the dismay of protesting host communities. 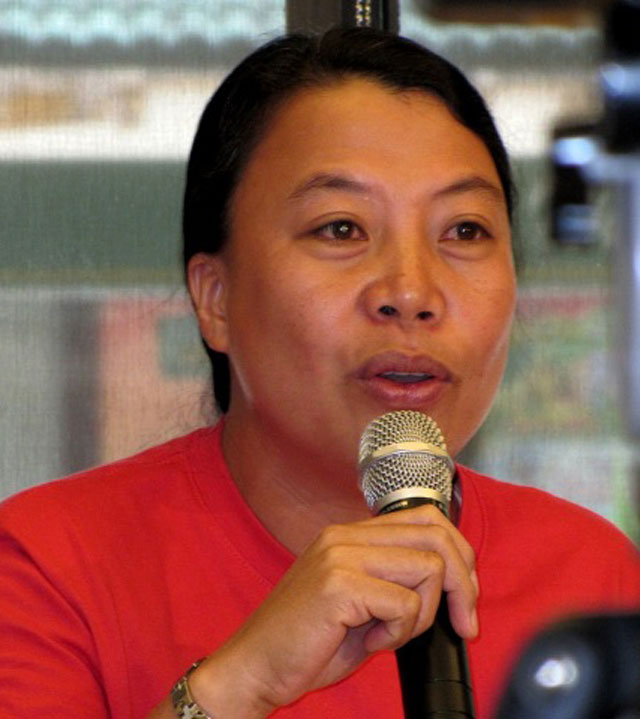 Unfortunately the government seems to be reneging on the promise Benigno “Noynoy” C. Aquino III made before he assumed the presidency. He said then that he was for the phase-out of coal power and that the country must make the serious shift toward clean energy sources. According to Hernandez of Greenpeace, it has been nearly three years since the Renewable Energy Bill became law. But it is not yet being implemented up to now. He said in Filipino that the Aquino government is “sleeping on the job when it comes to issuing decisions over proposals for renewable energy sources. On the other hand, it is fast-tracking left and right approval and implementation of coal-fired power plants.”

Davao and Zambo up in arms vs coal-fired plants

Two adjacent but separate coal-fired power plants, with a total of 300MW capacity once operational, have reportedly begun construction in Davao del Sur.

Suazo of Panalipdan told Bulatlat.com that these future plants have been fenced off, affecting villages in Binugao and Inawayan, both in Davao del Sur. The power plants would demolish a Moro cemetery, something which is considered sacrilegious by the Muslim people, said Suazo. The said plants also cover an ancestral domain of the Kalagan tribe.

In Zamboanga del Sur, Talisayan Village, the village considered as sardines canning center of the Philippines – Ligo, Century, 555 and Mega sardines are located here – is protesting too the building of a 100M coal-fired power plant in the area.

“Our whole village is against it,” Josephine Pareja, 36, village chairwoman, told Bulatlat.com. They not only fear for the safety of the 10,375 population, they also fear for the safety of their canned sardines and thus their livelihood. Talisayan village boasts of its own water supply, said Pareja. If the coal-fired power plant pushes through, they fear it would both choke off and contaminate their water supply.

Coal-fired plants have been heavily criticized because apart from being highly exploitative and oppressive, these technologically-antiquated power plants, which are being phased-out in the US and Europe, will not only contribute heavily to environmental devastation but will also pose a serious threat to people’s health due to toxic emissions that will contaminate water, air and food sources.

Pareja questions the “railroading” of approval of the said coal-fired power plant. She asked why the local government has released a resolution approving its building when there is no environmental impact assessment yet and they, the most affected, have not been consulted.

Pareja also slammed the operators of the future coal-fired power plant, saying the government is “misleading the people.” She said its promoters have lied to the people when they said they would not take water out of their river for cooling (in the planned coal-fired plant). Where else will they get water? she asked. Their village fear their rivers may dry up.

Power crisis a direct result of drive for profits

While the power crisis in Mindanao seems to be serving as an opportunity for huge energy investors to jack up the prices of electricity in the island and enlarge their stakes, the revolutionary National Democratic Front of the Philippines operating in Mindanao said in a statement that in the first place, there is really no shortage of power in the island.

According to Jorge Madlos, NDFP-Mindanao spokesperson, Mindanao has enough power supply to cater to the basic requirement of its entire populace. Unfortunately, the power being produced in the island is being gobbled up mainly by “the gargantuan power requirement and the greed for superprofits of imperialist industries, such as the Tag-anito mines, SMI-Xstrata, Toronto Ventures Inc., Nestle Phils., Phil. Sinter Corp.-Kawasaki plant, Dole and Del Monte plantations and canneries, and Holcim Cement — all of which are pollutants and environmentally-destructive.” 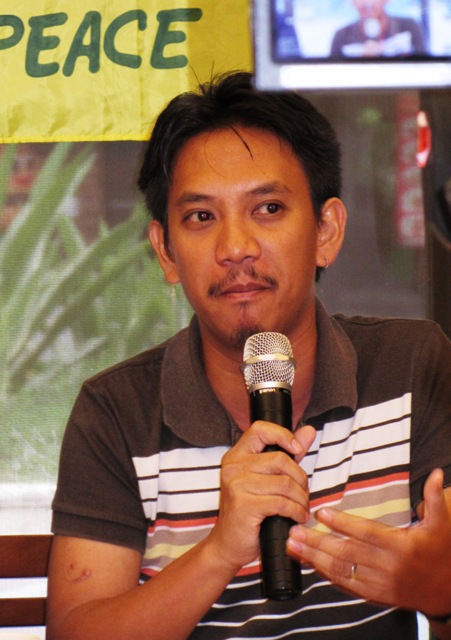 Even the construction of coal-fired plants all over Mindanao is being railroaded to cater only to the profit interest of a few, at the expense of Filipinos. Juland Suazo of Panalipdan told Bulatlat.com that if all these coal-fired power plants were built and operated, it would serve only the power needs of big mining companies. At the same time, he said it would also be in a position to maximize the approximately 30 coal mining permits in operation in the Philippines, 21 of which are in Mindanao.

The NDFP-Mindanao said that based on its investigation, today’s “rehashed power crisis” in Mindanao has been “contrived for the big bourgeois comprador Henry Sy, by way of his National Grid Corp of the Philippines (NGCP), to possess full and unhampered control of the power industry, as fully guaranteed by its wholesale privatization since the US-Ramos regime.”

As a way of warning, Madlos said “the NGCP will undoubtedly possess the leverage to eventually ease-out independent power producers (IPPs), such as the Aboitiz and the Alcantara-Dominguez groups.” He warned that with this scheme, Henry Sy will likely end up monopolizing not only power generation and distribution but also the retail end of the power industry as well. Eventually, Henry Sy’s group could control most, if not all, of the local electric cooperatives, the rebel leader said.

The NDFP warned that with energy in the hands of very few people, and without state regulation, electricity rate increases can then be imposed at a whim of this few, disadvantaging the people of Mindanao and the rest of the country.

In view of this, the NDFP-Mindanao called on Filipinos to oppose “this contrived power crisis in Mindanao.” They urged the public to launch protests “at par with the intensity of protests launched against large-scale destructive mining, logging and agri-business plantations.”