You Are Here: Home → 2012 → April → 20 → Hundreds of international delegates vow to work for Korean reunification

Hundreds of international delegates vow to work for Korean reunification

The delegates urged the implementation of the “north-south Joint Declaration” as a prerequisite to the hastening of the reunification of the Korean Peninsula.

Pyongyang, Democratic People’s Republic of Korea (DPRK)—Hundreds of delegates from 46 countries vowed to launch a stronger and broader solidarity movement supporting the reunification of the divided Korean peninsula at an international conference in this city last April 11.

In a unanimously approved resolution the delegates also denounced what they call as hostile policies and actions by the United States, such as the large-scale joint military exercises between itself and Republic of South Korea that coincided with the DPRK’s celebration of the President Kim Il Sung’s birth centenary.

The delegates urged the implementation of the “north-south Joint Declaration” as a prerequisite to the hastening of the reunification of the Korean Peninsula. The groundbreaking document was signed by DPRK’s late supreme leader Kim Jong Il and the late South Korean head of state Kim Dae Jong in Pyongyang in July 2001.

But the conference also lamented the South Korean government’s denial of the said declaration and reportedly launched anti-DPRK campaigns that put “grave obstacles to the reconciliation, unity and reunification of the Korean nation” instead.

The delegates vowed to launch more efforts to put international pressure on the US to withdraw its 28,000 troops stationed in South Korea, which it described as “the main obstacle to the reunification of Korea.” 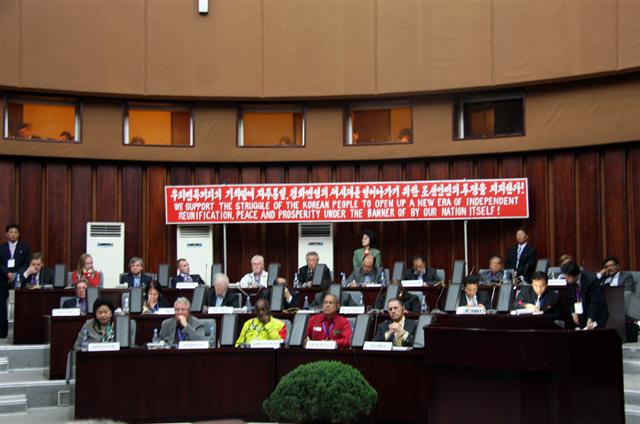 “Withdrawing the US troops from south Korea and replacing the existing armistice agreement with (a) peace agreement and establishing a durable peace (and) security system is an urgent issue to bring about peace and stability in (the) Korean peninsula and northeast Asia,” the resolution said.

The delegates promised to “make (a) vigorous struggle (un)till Korea is reunified, which is much desired by the Korean people.”

The international conference was the first of the events programmed for the weeklong International Festival celebrating the centenary of the birth of the late President and DPRK founder Kim Il Sung.

The celebrations received wide international attention and coverage due to the DPRK’s attempt to launch its Taedong Rocket to put a research satellite in orbit.

In the Philippines, President Benigno Aquino III declared certain areas of the country’s territory as “no-fly zones” during the launch, which some believed were offensive of a country with diplomatic relations with the DPRK.

DPRK officially said it failed to put the satellite into orbit six hours after its attempt.

Six delegates from the Philippines—Korea Solidarity Committee for Peace and Reunification in the Korean Peninsula (PKSCPRKP) attended the conference and the international festival, led by Anakpawis Representative Rafael Mariano and Gabriela Women Party Representative Luzviminda Ilagan.

Mariano is also the President of the PKSCPRKP.

During the international reunification conference, Philippines-Korea Solidarity Committee for Peace and Reunification in the Korean Peninsula (PKSCPRKP) vice president for external affairs Norma Biñas spoke in behalf of the Asian region. 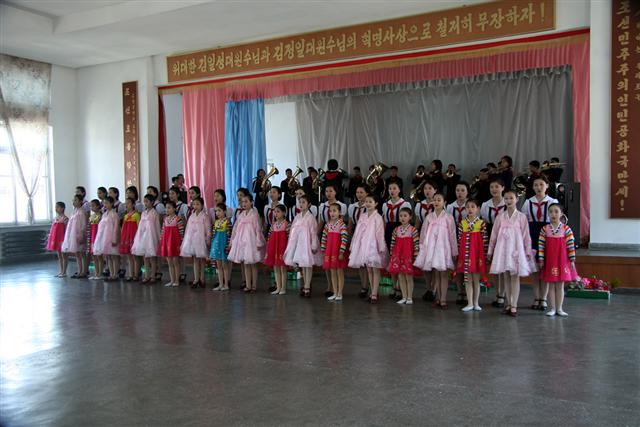 Biñas reported that PKSCPRKP’s efforts since its establishment in 2004—such as film showings, lectures, forums, and the like—“have brought about interest on the question of…Korean reunification” among the Filipino people.

She vowed to “carry out more vigorously the organization of our (PKSCPRKP) branches in the major (Philippine) cities and lay (a) firm foundation among the Filipino people.”

Biñas said this is to “better convey the desire and the will of the Korean people for reunification to more Philippine people.”

DPRK held the grandest celebration in its history, dubbed the International Festival to Celebrate the Centenary of the Birth of the Great President Kim Il Sung.

The festival was punctuated by a military parade, attended by hundreds of thousands of formally-dressed citizens, when the DPRK displayed what appeared to be a long-range ballistic missile unseen before by the outside world.

In the course of the week-long festival, the newly-elected first secretary of the Workers’ Party of Korea made three other public appearances.

Kim Jong Un also personally attended the spectacular fireworks display on the banks of Pyongyang’s Taedong River and appeared before DPRK’s military and the international media in one of the city’s grand stadiums.

As part of the festival, the foreign delegates also attended the International Conference on the Centenary of the Birth of President Kim Il Sung at Pyongyang’s International Arts Theater.

Several speakers from the various regions of the world praised DPRK’s late supreme leader for fighting Japanese imperialism, as his country’s founding father and for his “Juche” idea.

Juche, commonly translated as “The Nation by Itself,” was Kim’s original ideology that advocates self-reliance as a country.

Mariano sat in the conference’s presidium as chairperson of the PKSCPRKP.

Mariano and Biñas, co-heads of the Philippine delegation, also offered “solidarity gifts” to Kim Il Sung in a special ceremony attended by leaders of the Pyongyang-based Korea Committee for Solidarity with the World People.

Both were also awarded DPRK Friendship Medals, along with several other foreign dignitaries, in recognition of their efforts to work for peace and reunification in the Korean Peninsula in a solemn ceremony led by Kim Yong Nam, president of the Presidium of the DPRK Supreme People’s Assembly, the second highest leader of the country.

Mt. Paektu was a secret guerrilla camp during Korea’s war against Japan in the Second World War where Kim Jong Il was born in 1942.

A snowstorm greeted the delegates on the mountain but the programs pushed nonetheless. 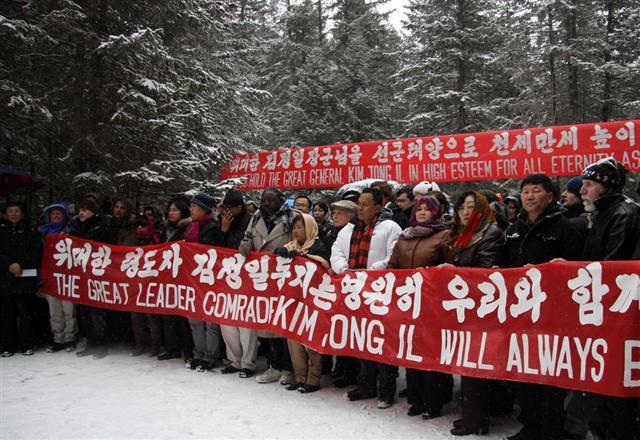 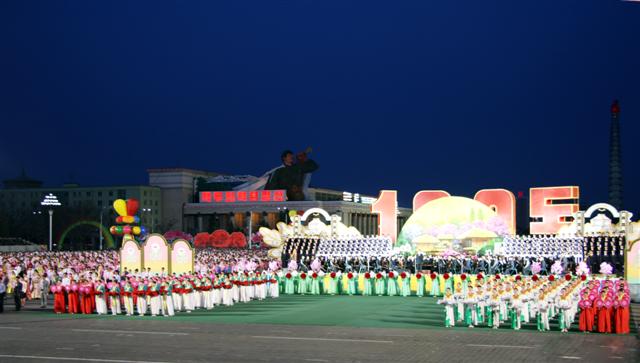 The delegates were taken to Kim Il Sung’s birthplace in Mangyondae a few kilometres outside of Pyongyang, where Mariano was among the few asked to plant a native pine tree in honor of Kim Il Sung,

A state banquet was also hosted by high government officials for the international delegates.

They were also brought to various tourist spots such as ancient Korean King Ju Mong’s tomb, the Korean Reunification Tower and Shrine, a flower festival, a book fair, art workshops, DPRK’s Music Information Center (a free music-sharing hub where anyone can download and upload music), the Kim Il Sung University for parlor games and cultural performances, and other places showcasing DPRK’s achievements as a socialist country.

The Philippine delegates were also taken to Kaeson Middle School, designated as the Korea-Philippines Friendship School, visited by Philippine officials on official visit to DPRK.

They were given a tour of the well-equipped classrooms and were given special cultural performances by well-trained child-singers, dancers and musicians.

The festival ended with a night time DPRK youth and student gala, a mass demonstration performed by hundreds of thousands of dancers, singers, and circus artists performing in perfect unison at the Kim Il Sung Square.