MANILA – Members of the progressive youth group Kabataan Party-list stormed the office of the Department of Labor and Employment (DOLE) yesterday, April 19 to decry the worsening unemployment in the country. As the academic year 2011-2012 ends, the group pointed out that another batch of college graduates will only add up to the growing number of unemployed in the country.

“While the cost of education continues to soar to levels already unreachable to the greater part of the youth sector, graduates of this overpriced system are still not assured of finding jobs right after getting their diplomas,” Kabataan Party-list secretary general Vencer Crisostomo said in a statement.

The group protrayed the scarcity of jobs in the country by playing “agawang buko” in front of the labor department. Agawang-buko is a game being played by two teams who compete over a coconut. This symbolic action was meant to portray how thousands of new graduates compete for limited employment in the country. 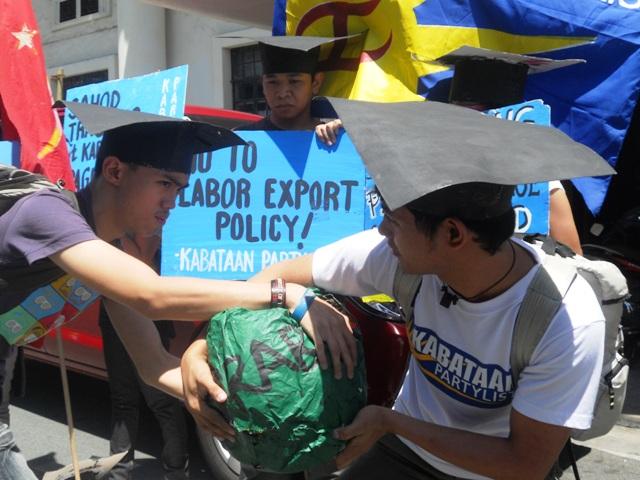 According to the group, yesterday’s activity is only one of the several games that the youth will play on April 28 in a nationally-coordinated action that aims to portray various pressing issues in the country by using traditional Filipino games.

The April 2011 data of independent think tank Ibon Foundation shows that a total of 10.9 percent or 4.5 million Filipinos are unemployed. While the ranks of the underemployed has reached to 19.4 percent bringing the total figure of unemployed and underemployed Filipinos to 11.6 million or around 28 percent of the country’s labor force. 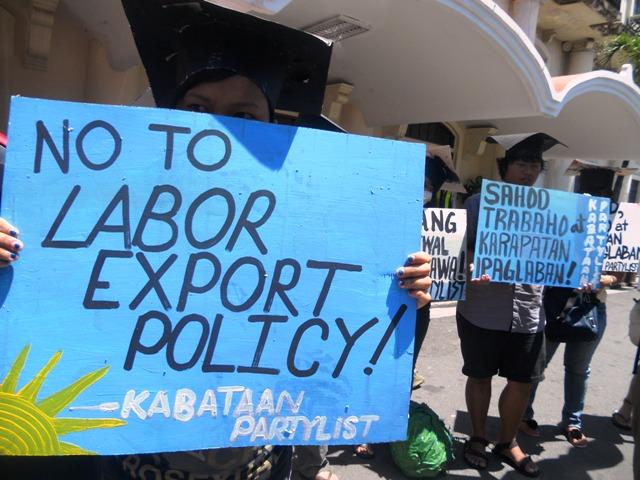 “What is alarming is that most of the unemployed Filipinos are members of the youth sector,” Crisostomo said. The group also said that youth from ages 15 to 24 compromise more than 50 percent of the unemployed labor force with four out of every 10 unemployed youth possessing college degrees.

Meanwhile, the National Union of Students in the Philippines (NUSP) criticized the government for not providing regular jobs.

The NUSP secretary general Isabelle Baguisi said, “After the surge of excitement of graduation, fresh graduates are too quickly greeted by the pressures of finding good employment. More often than not, graduates are unable to find work that matches their skills and are forced to go for work that does not engage their education.”

The student group said the government’s thrust toward securing jobs in the services and business processing outsourcing or BPO sectors are not really helping create stable, healthy jobs for young Filipinos.
Baguisi said the government has openly pushed fresh graduates to try out call-centers despite knowing that work in the BPO industry is unstable. She pointed out, “This particular industry, anchored on the flow of foreign businesses and foreign markets can quickly disappear, depending on the needs of the companies and on where labor is cheaper.” 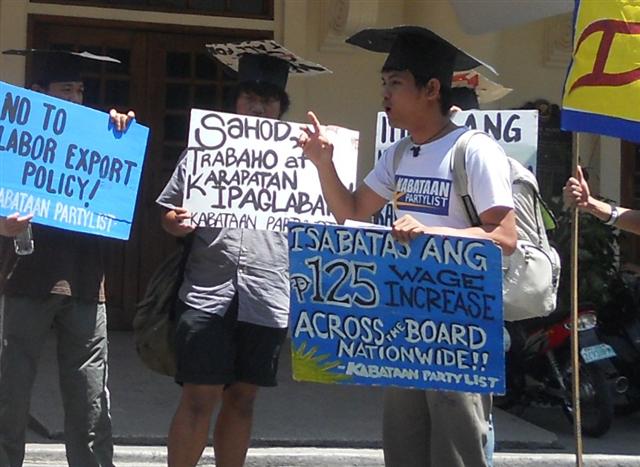 “The push towards BPOs is also alarming since this reveals the government’s own lack of plans in developing local industries where young Filipinos can offer their abilities and know-how. Fresh graduates want to work for the country, if only the government would recognize this and help us in developing the country’s economy,” Baguisi added.

On May 1, the youth sector will participate in the Labor day mass actions, Crisostomo said. “The youth sector will march together with workers and other sectors to call on the government to stop dawdling on important issues of the day, particularly the rising cost of education and the growing unemployment in the country.”