You Are Here: Home → 2012 → May → 11 → Philippine Post employees continue fight against corruption 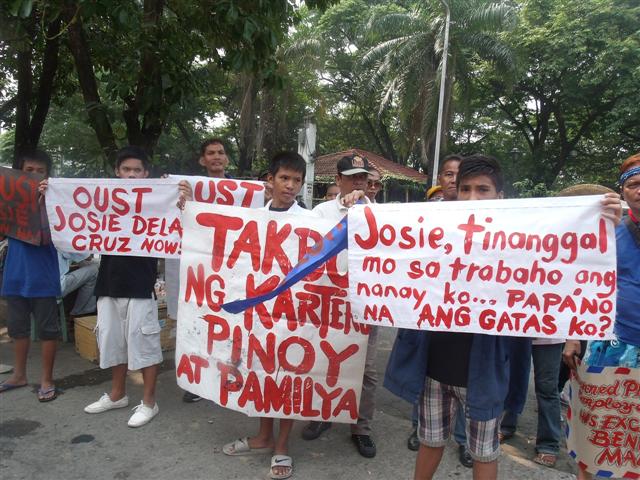 MANILA — Employees of the Philippine Postal Corporation led by their unions the PhilPost Rank-and-File Employees Association (Prafea) and the PhilPost Workers Union (PWU) held a solidarity run from the Liwasang Bonifacio on May 8 to further highlight what they said was the worsening corruption in PhilPost.

When they arrived at the foot of Chino Roces (formerly Mendiola) bridge, they had a picnic lunch of dried fish, tomatoes and rice in front of the Peace Arch. 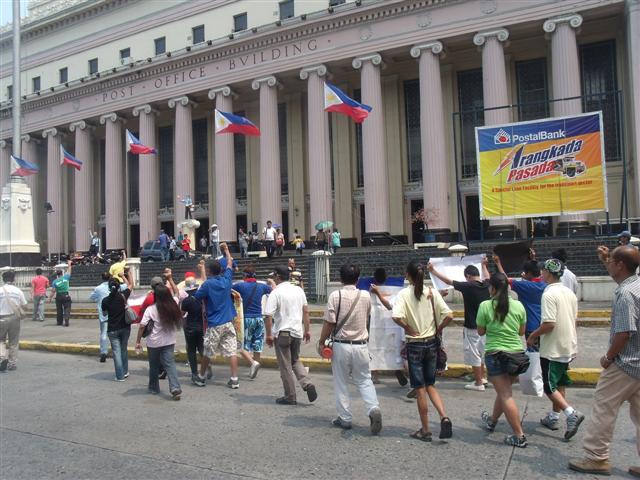 For the last two years, the groups have been pressing for investigations into what they said were repeated anomalies, crimes and excesses in PhilPost. They said that the incumbent postmaster general Maria Josefina Mendoza Dela Cruz has committed a long list of violations. 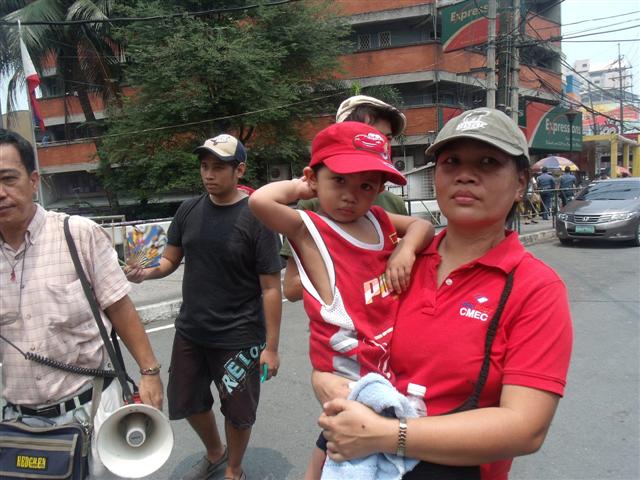 Dela Cruz was a former governor of Bulacan who ran for reelection in the May 2010 polls but lost.

The postal workers said that when Dela Cruz assumed office, she had two pending graft cases at the Sandiganbayan.

“Dela Cruz is barely ten months in office but she has already terminated the services of almost 300 employees without due process. Through her illegal Rationalization Plan (RatPlan), she also intends to dismiss thousands more in the coming weeks and months,” said Prafea president Manuel Rama. 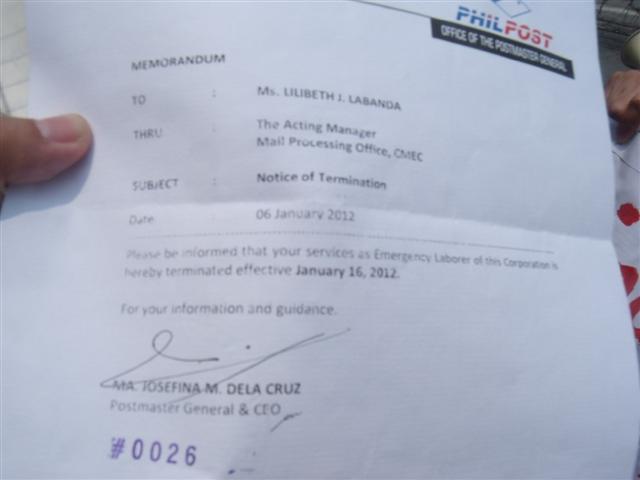 Tirso Paglicawan, PWU president that that Dela Cruz has also hired various contractuals, consultants and coterminous employees from her home province Bulacan who have salaries that range from P20,000 (US$465) to P70,000 (US$1,628).

Rank-and-file employees earn less than P300 (US$7) a day, and most of them have been with the post office for almost two decades. 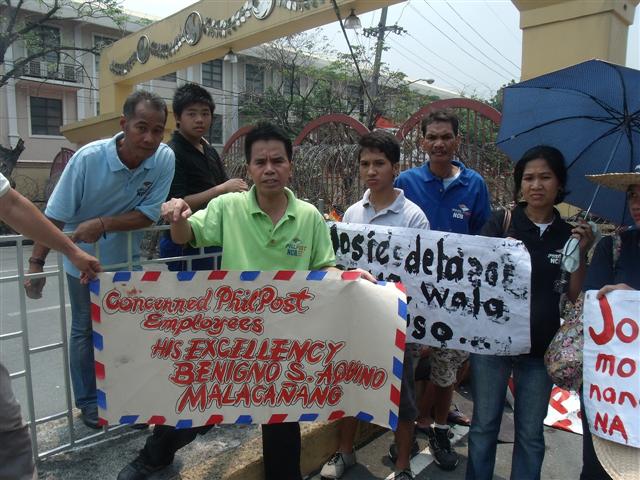 According to Rama, majority of the 300 terminated employees from various post offices in the country had been employed at PhilPost for 10 to 20 years, but they were all terminated unjustly. 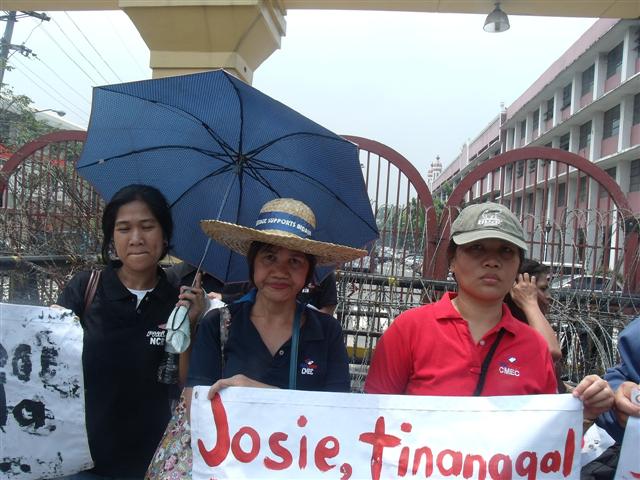 “The Dela Cruz management simply sent one page-letters to the employees stating that they had already been fired,” he said. “No reasons were given for the sudden lay-offs. As expected, those who were fired were shocked because they were not expecting it,” he said.

In the meantime, the employees feel even more threatened after reports came out that the PhilPost office building will soon be converted into a hotel.

Last April 23, a report came out in the Manila Times quoting the vice president of Manila’s Historical and Heritage Commission Gemma Cruz-Araneta that the Fullerton Hotel in Singapore is in the midst of negotiations with the Department of Finance to have the 86-year-old neoclassical post office building converted into a five-star hotel. 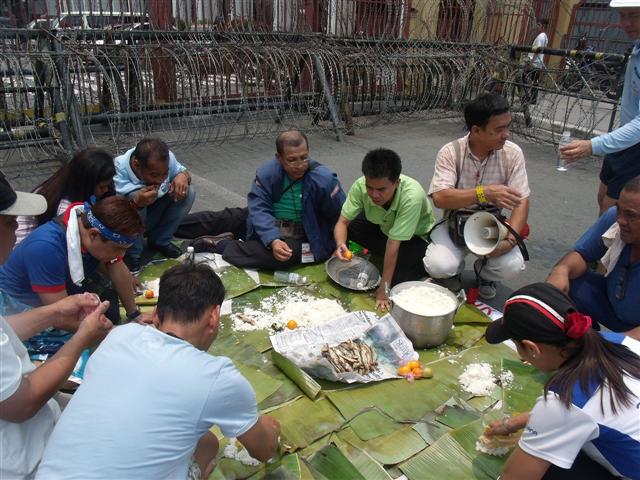 In the news report, Araneta said that if the project pushes through, it can “boost the tourism in the area.” She said that Manila City government led by Mayor Alfredo Lim fully supports the plan.

The Manila Times report also said that the Fullerton Hotel was the General Post Office Building before Sino Land (Hong Kong) Co. Ltd. brought it from the Urban Redevelopment Authority of Singapore in 1997 and converted it into a luxury hotel. Sino Land reportedly spent close to US$300 million to convert the Singapore post office into the Fullerton Hotel.

The report also said that Dela Cruz has previously stated that the costs of maintaining the building is already too much and that revenues have fallen as less people send mail through post and instead use e-mail and text messaging.