Filipinos join protests against NATO in Chicago, US 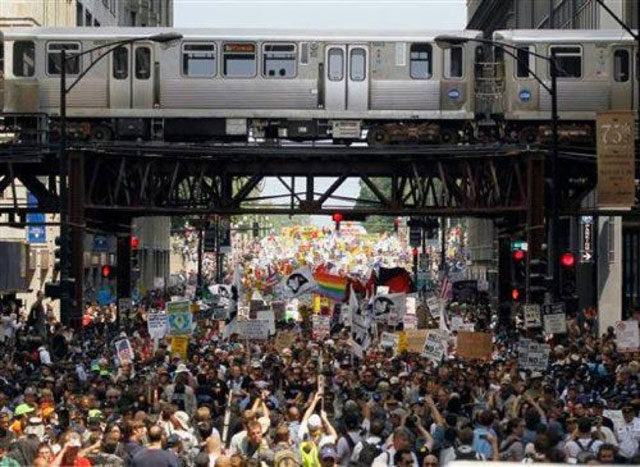 MANILA — Hundreds of Filipinos from across living in the United States joined the popular protests in Chicago on May 20 against the North Atlantic Treaty Organization (NATO) Summit. According to reports, it was the largest outdoor anti-war demonstration in the US in years.

The Filipino contingent was led by the Bagong Alyansang Makabayan USA, a US-wide alliance of 18 Filipino social justice organizations and a founding member of the Coalition Against the NATO & G8 War and Poverty Agenda (CANG8), the main organizer of last Sunday’s demonstration against NATO. Founded in 2005, Bayan- USA is the oldest and largest overseas chapter of BAYAN Philippines. 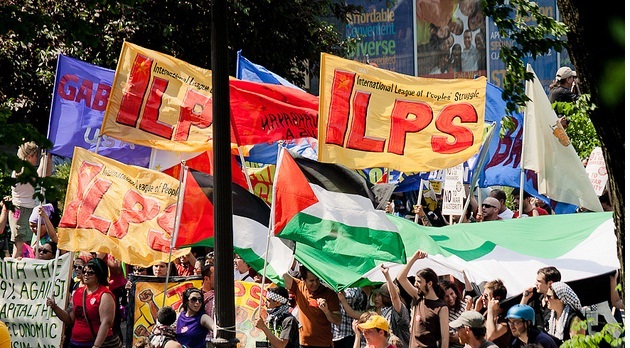 Bayan USA joined the ranks of the more than 500-strong marching contingent of the US chapter of the International League of Peoples Struggle (ILPS-US), which included Palestinians and Puerto Ricans projecting the role of national liberation struggles as key in the fight against the US-NATO agenda.

Bayan USA chairperson Bernadette Ellorin said that Filipinos joined the protests because they are against the US-NATO agenda seeks to intensify militarization in the Asia-Pacific region.

“The US is sending drones, nuclear warships, nuclear submarines, and more US troops to engage in military exercises in the South China Sea. They say this is to contain the threat of China, but that is a distortion,” she said. 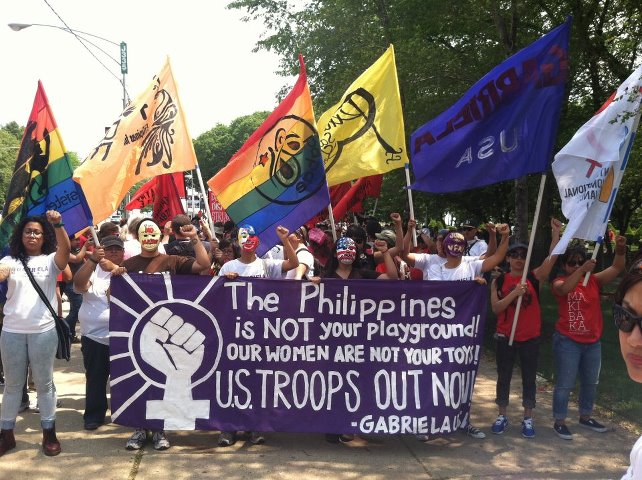 Ellorin spoke of the worsening global economic crisis driving US-NATO powers to secure critical economic investments in the Asia-Pacific region, where the US export position accounts for approximately US$1 trillion of the US economy.

“The US-NATO military pivot to Asia is to enforce a new free-trade agreement– the Trans-Pacific Partnership Agreement (TPPA)– that would ensure US economic dominance in the region,” she said.

Sunday’s protest action against NATO was preceded by the 4th congress of Bayan USA and the founding assembly of ILPS-US. Both were held at the Centro Autonomo, a Mexican Solidarity Center located in the working class, immigrant neighborhood of Albany Park. 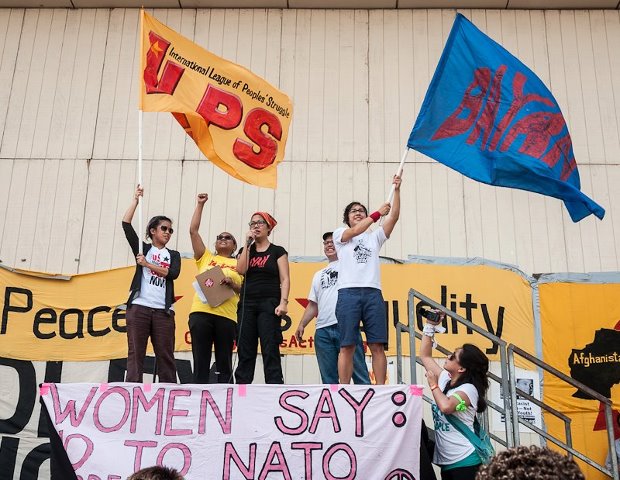 The congress carried the theme “In the Spirit of Ka Bel, Malcolm, Ho, and Yuri: Filipinos in the US Unite to Confront US-NATO Intervention, Build Anti-Imperialist Solidarity and Advance the Movement for Freedom and Democracy in the Philippines.” 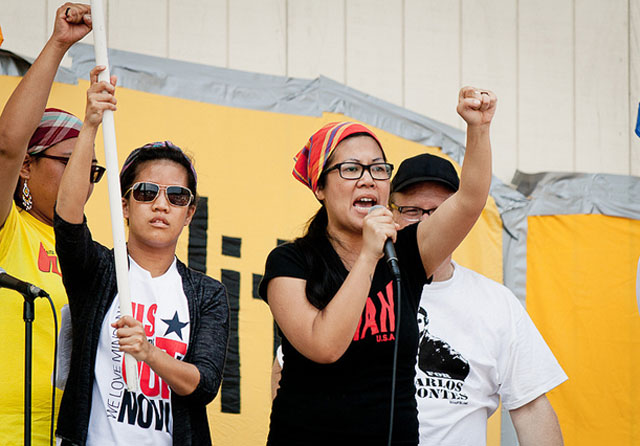 Special guest in attendance was Gabriela Women’s Party Rep. Emmi De Jesus. BAYAN secretary-general Renato Reyes Jr. addressed the congress via skype and delivered a presentation on the two years of the Benigno Aquino III administration in the Philippines. Solidarity messages were also delivered by Loubna Qutari of the Palestinian Youth Movement, Kazem Azim of Solidarity Iran, Bill Doares of the International Action Center, Lyn Meza of Chelsea Uniting Against the War, and Lorena Buni on behalf of the Eastern USA Diocese of the Philippine Independent Church.

The events were followed by Road to Resistance, a cultural showcase featuring Bayan USA artists and guest performers such as Rebel Diaz. 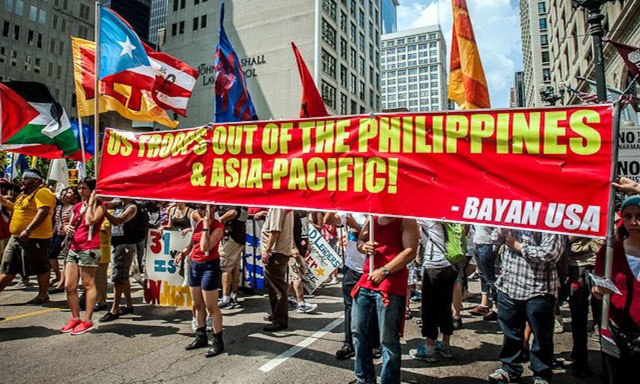 Bayan US is also active in protesting the continuing deployment of US military forces in the Philippines and US machinations to re-establish military bases in the country.