You Are Here: Home → 2012 → June → 17 → Children of political prisoners demand freedom for their fathers

Children of political prisoners demand freedom for their fathers 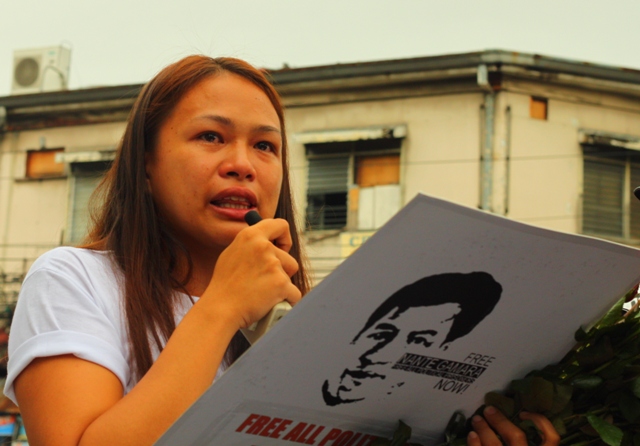 Niki’s father Renante, a consultant of the National Democratic Front of the Philippines (NDFP), has been detained for more than two months.

Renante and a companion Santiago Balleta were arrested by armed men in plainclothes in Las Pinas, Metro Manila, April 3. The two were not shown any warrant of arrest and were handcuffed and brought to Camp Crame.

“My father has been charged with fabricated charges of kidnapping and murder. He is a good person. Just because he has been fighting for our good future, he is considered an enemy of the state,” Niki, youngest daughter of Renante, said in Filipino during a protest action in front of the Camp Crame, PNP headquarters. 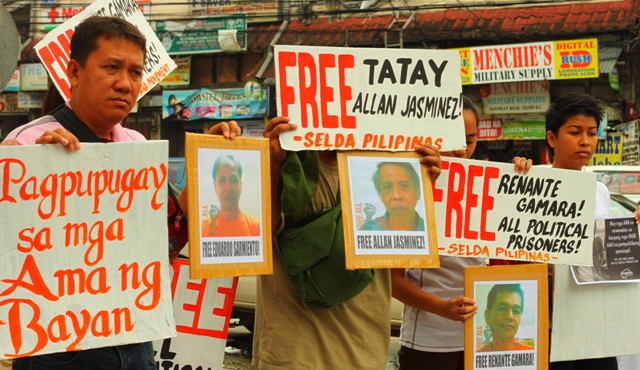 “I call on President Benigno Aquino III whose father Ninoy was also detained during martial law to free my father and the other political prisoners,” Niki said. “He should remember how it feels to be away from one’s father.”

In his message read by Niki, Renante said the last two and a half months inside prison “strengthened and deepened his relationship with his children and their commitment to serve the masses.”

He thanked his three children who have been there for him since his first day of detention. “They made this Father’s Day more meaningful,” Renante said in his message. 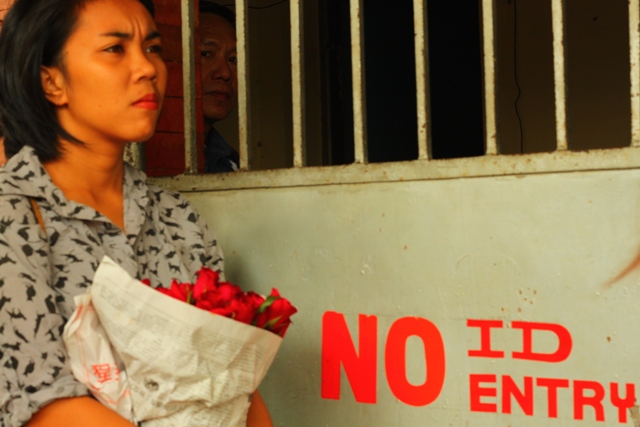 “We strongly denounce the illegal, unjust and inhumane arrest and prolonged detention of Renante Gamara. We are saddened that after 39 years, the dark era of martial law and warrantless arrest still exist,” the newly-formed Free Renante Gamara Movement said in a statement.

The Free Renante Gamara Movement and Karapatan-National Capital Region also launched today an online petition that aims to gather support for their call for general, omnibus and unconditional amnesty for all political prisoners. 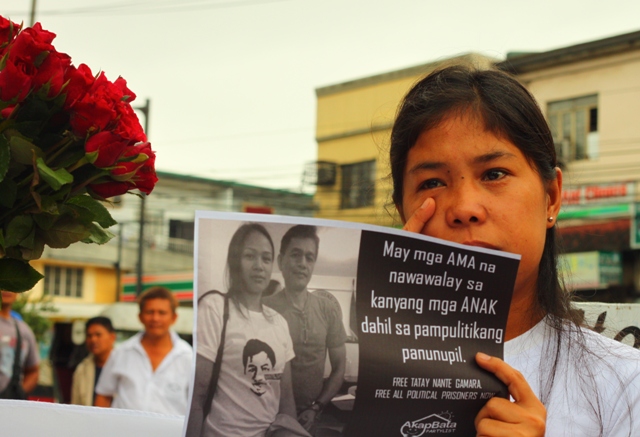 Lean Flores, spokeswoman of Akap Bata partylist, condemned the Aquino administration for ignoring the call for general, unconditional and omnibus amnesty for more than 350 political prisoners in the country.

Three other political prisoners, all NDFP consultants– Allan Jazmines, Eduardo Serrano and Eddie Sarmiento – are detained in the same facility.

The NDFP the arrest and detention of its consultants violate Joint Agreement on Safety and Immunity Guarantees (Jasig) signed by the Government of the Philippines and the NDFP. 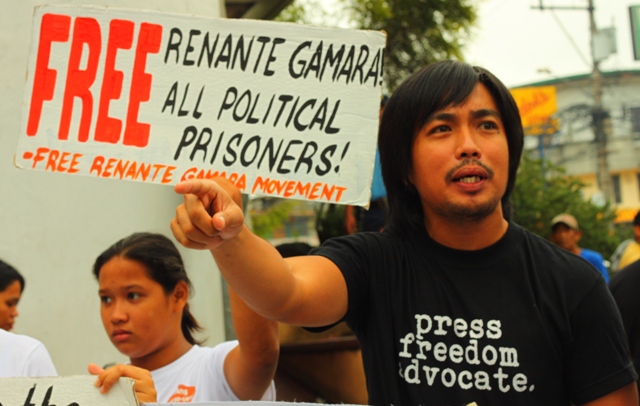 The release of detained NDFP consultants has been a thorny issue in the peace talks between the GPH and NDFP. The GPH continues to refuse to release the remaining 13 consultants. Three have so far been released under the Aquino administration. Gamara is the 14th to be arrested.