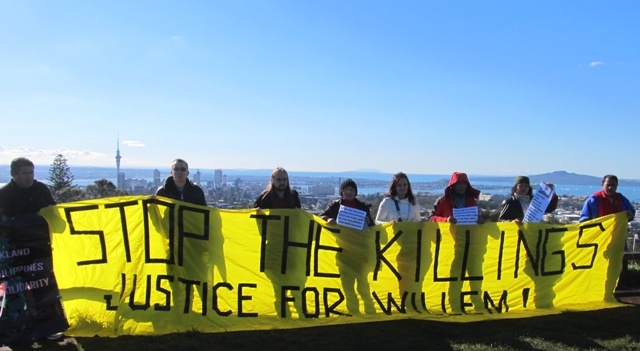 Members of Auckland Philippines Solidarity (APS) gathered at the peak of Mt. Eden, July 7 to express solidarity with the Filipino and Dutch people in demanding justice for Willem Geertman.

Geertman, executive director of Alay Bayan Inc. (ABI), an NGO based in Angeles City, Pampanga, was shot to death July 3 inside his office by suspected state agents.

“We are seriously concerned about the safety of New Zealanders and other foreign social workers currently assisting poor Filipino communities,” Cameron Walker, spokesman of the Auckland Philippines Solidarity (APS), said. 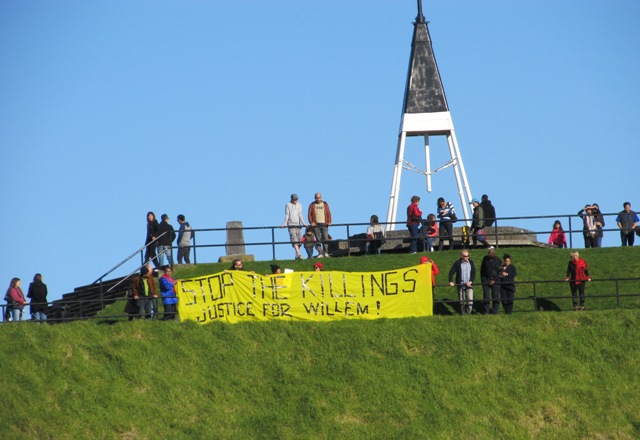 Initial police reports suggested that robbery was the motive for Geertman’s killers. However, a number of human rights and social justice organizations in the Philippines have noted that the methods
used by the killers are very similar to those used in the extrajudicial killings of Filipino activists in recent years, who like Geertman have dedicated themselves to supporting the rights of the most marginalized sectors of Philippine society.

“We mourn with the Filipino and Dutch people the loss of a great man who dedicated more than half his lifetime serving the indigenous peoples and peasants whose rights to land and livelihood have been
constantly attacked by mining, landgrabbing and destructive business-government projects in Central Luzon. Today we climb up the peak of Mt Eden, one of the highest places in Auckland, New Zealand,
to symbolically pledge support of New Zealanders in raising to greater heights the efforts of international community to seek justice for all human rights victims in the Philippines,” the APS said. 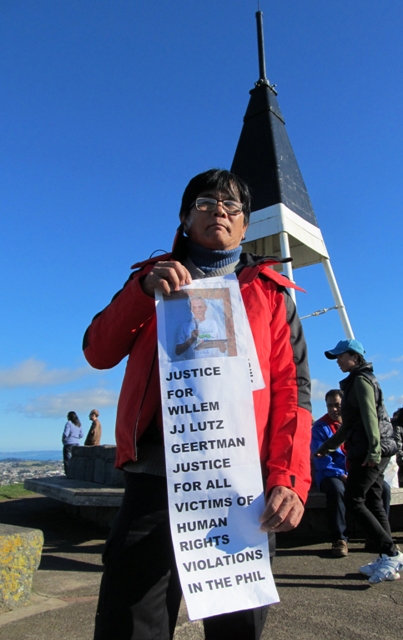 According to Karapatan, Geertman is the 96th victim of extrajudicial killings under the administration of President Benigno Aquino III.
“Under the two-year Aquino administration, it is deplorable that the extra-judicial killings, enforced disappearances and illegal detention of Filipino citizens involved in socio-political causes have
continued,” Walker said. 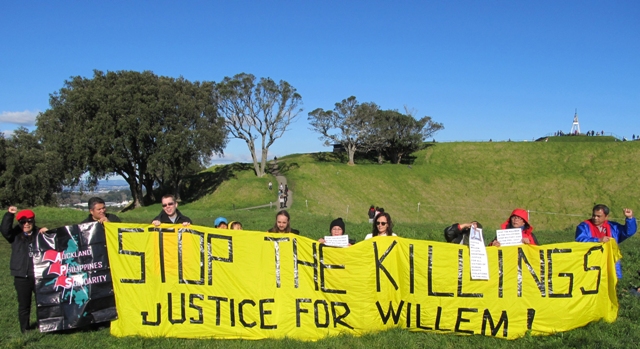 The group challenged Aquino to declare on his upcoming State of the Nation Address that as commander-in-chief of the Philippine military, he would take decisive steps to end impunity and hold accountable all those responsible for the killings of Geertman, the Italian priest Fr. Fausto Tentorio and as many as 90 Filipinos during his administration.