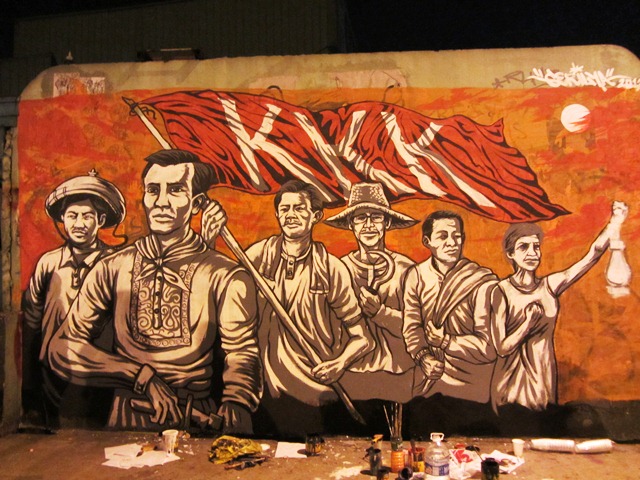 MANILA — A crew of artists proudly calling themselves as “Gerilya” paints a new graffiti depicting Andres Bonifacio, flanked by some Anakpawis partylist leaders of today. The new graffiti enlivens a wall of the Philcoa overpass in Quezon City, near the stairs. The Gerilya artists created the graffiti early evening of Nov 11. Though they have already covered much of the wall, they considered it as “still unfinished”. They urge the people to come see the graffiti, before the MMDA or the sun and rains erased it. 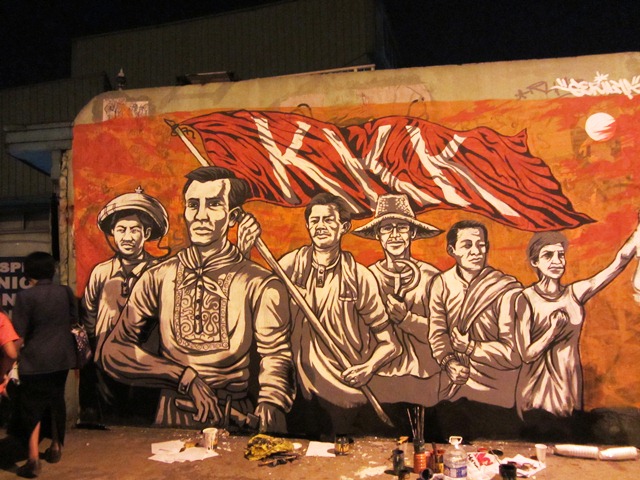 The Gerilya crew (composed of JA, Jano Gonzales KUBE, Nico Villarete ZAP, Nico Zapanta TERI, Ralph Lumbres MIX, Mixkaela Villalon DYAM, Jasmin Gonzales) posted in their facebook account that they thought of giving tribute to the Supremo of KKK (Kataastaasang Kagalanggalangang Katipunan ng Bayan) this early, weeks ahead of Bonifacio Day (Nov 30). Gerilya will likely be busy by this month’s end because they have another upcoming exhibit. 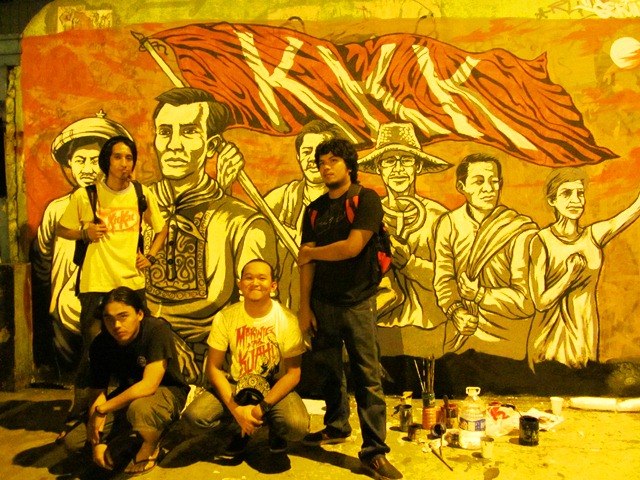