MANILA– Student journalists from different student publications under the banner of the College Editors Guild of the Philippines-NCR (CEGP) held a protest action in front of the Mendiola Peace Arch a day before the November 23 Ampatuan Massacre commemoration. 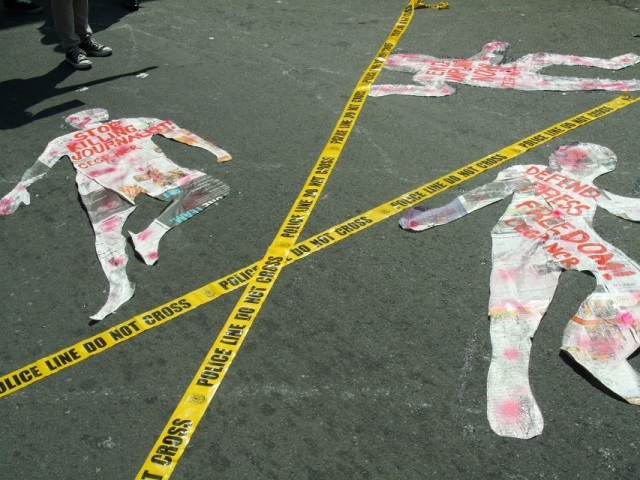 The Ampatuan Massacre was labeled as the single most infamous event for journalists by the Committee to Protect Journalists, and subsequently has been known worldwide as the International Day to End Impunity following the grim atrocity that caused the death of 58 people, 32 of whom were journalists. 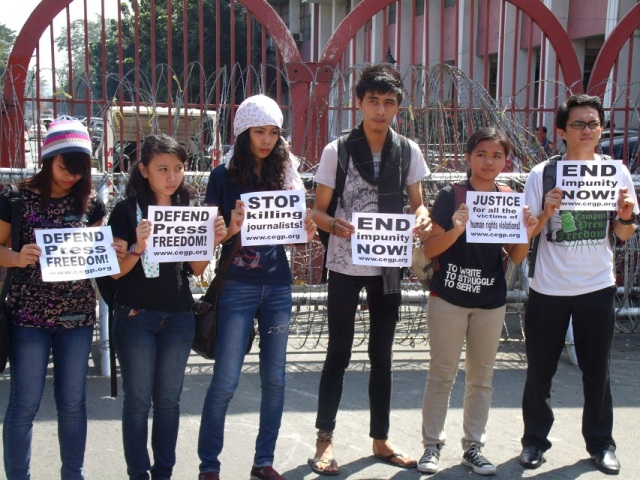 “We have seen three years of injustice unfold before us and Aquino’s promise remains to be press releases only,” Romina Astudillo, CEGP-NCR chairwoman, said.

Various formations of CEGP from other regions, such as those in Southern Tagalog, Palawan, Visayas, and Mindanao also held protest actions to commemorate the massacre. 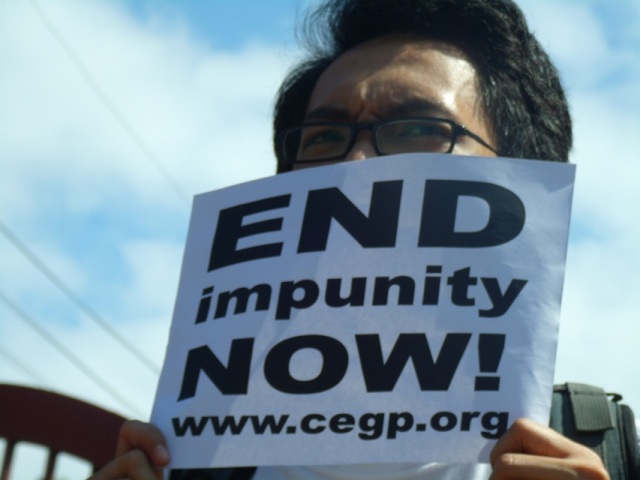 A student journalist calls for justice for the victims of the Ampatauan Massacre .(Photo by Sidlangan Natividad/ bulatlat.com)

CEGP-NCR also joined the main commemoration of the Ampatuan Massacre alongside journalists, and press freedom and human rights advocates on Nov. 23.

“The country has been labeled as one of the most dangerous places for journalists. Sadly, we have earned that moniker well thanks to the insincerity of this administration to give justice that the people deserve,” Astudillo said.